As the Mauna Kea Access Road blockade enters a seventh day, those opposed to the Thirty Meter Telescope project are still taking the time to explain their reasons for the action.

MAUNA KEA, Hawaii – As the Mauna Kea Access Road blockade enters a seventh day, those opposed to the Thirty Meter Telescope project are still taking the time to explain their reasons for the action to authorities, visitors, and media.

Big Island Video News has gotten many questions from viewers and visitors concerning the purpose of the blockade. This interview (above) sheds some light on the arguments being made by the protectors, as they call themselves. For the most part, the arguments are unchanged from the concerns raised during the lengthy permitting process. On the same day these interviews were conducted (Tuesday) the University of Hawaii released an update and background statement, refuting some of the positions being taken by the protectors.

The 8 criteria and the conservation district

The primary concerns were explained by Kahookahi Kanuha and Lanakila Mangauil on Tuesday. Both stressed that they are not “anti-science” or even “anti-TMT”, but rather opposed to the observatory being located on the summit of Mauna Kea. They say the rules that govern the permitting process in a conservation district – the “8 criteria” – were not followed by the Board of Land and Natural Resources when they rendered their decision to allow TMT to go forward.

The University says the claim that TMT did not meet the eight criteria for a conservation district use permit is inaccurate. “The Third Circuit Court ruled that TMT did meet the criteria by being consistent with state laws governing the districts, not causing substantial adverse impact to existing natural resources, being compatible with the surrounding area, preserving the existing physical and environmental aspects, not subdividing or increasing the intensity of the land use and not being materially detrimental to the public health, safety and welfare. State regulations specifically identify astronomy as a permitted use in the Maunakea Science Reserve.”

Kanuha, Mangauil and others disagree with UH. They say a conservation district is not supposed to look like a “city” of telescopes, as it does now. They say one more observatory is too much; especially one as big as TMT.

UH says that over last seven years, “TMT has met all legal requirements in obtaining the necessary permits to build a next generation telescope from the Hawaiʻi Department of Land and Natural Resources and the County of Hawaiʻi, including a sublease from the university.” TMT was granted a motion to proceed by the state Department of Land and Natural Resources on March 6.

However, the lawsuits are not entirely settled. The case is in the Intermediate Court of Appeals and the 3rd Circuit Court now, and the “legal questions before the court are whether the TMT has meet all of the legal or regulatory requirements to allow it to be build on Mauna Kea or not,” wrote petitioner Kealoha Pisciotta of the group Mauna Kea Anaina Hou recently. Opponents say the project should not be moving forward until the final court appeal is decided.

Opponents of TMT also raise concern over the water shed. “If you live on Hawaii you need to be familiar with where your water comes from,” said Mangauil. “This mountain is one of the main sources that feed our aquifer. So any contaminant on the mountain will go directly into our aquifers.” It is one of the reasons that the summit realm has been kapu in ancient Hawaiian traditions.

But UH refutes the water claim as another inaccuracy. “Comprehensive research by expert hydrologists confirms that TMT and the existing 13 telescopes pose no such danger,” UH wrote Tuesday. “Furthermore, TMT is designed to be a zero waste discharge facility with all waste securely transported off the summit. There is also very little precipitation above 8,000 feet and the observatories are located well above that at the top of Maunakea at 14,000 feet.”

Native Hawaiians have been divided over the detrimental effects the project may or may not have on culture and religion. There is agreement that the summit is sacred. TMT supporters – including Native Hawaiians – have drawn a connection between the ancient Hawaiians understanding of the heavens in wayfinding and early astronomy as a justification. “A sacred science on a sacred summit,” they said during the permitting process. But Mangauil and Kanuha say that idea is a falsehood propagated by developers in the interest of building their observatory.

“We did not need to destroy mountains” to practice astronomy, Kanuha said.

Managuil agreed. “We were protectors of the natural cycles of the world,” he said. “If you made an offer to put this on the top of our most sacred mountain, no… I don’t think (our kupuna) would be for that. They’s say great science, great technology. Wrong place. And that’s what we’re saying.”

There is one more glaring issue brought up by TMT opponents; the political elephant in the room. The Hawaiian Kingdom still exists, they say.

“As many people are finding out, Hawai is under illegal and prolonged occupation by the United States of America,” Kanuha said, “and therefore the state of Hawaii is illegal. So therefore the contracts between the contractors and the state are illegal. Their claim of entitlement to the mountain is based on illegality.”

The issue relating to the Hawaiian Kingdom has not been addressed by the university or TMT in recent media releases. 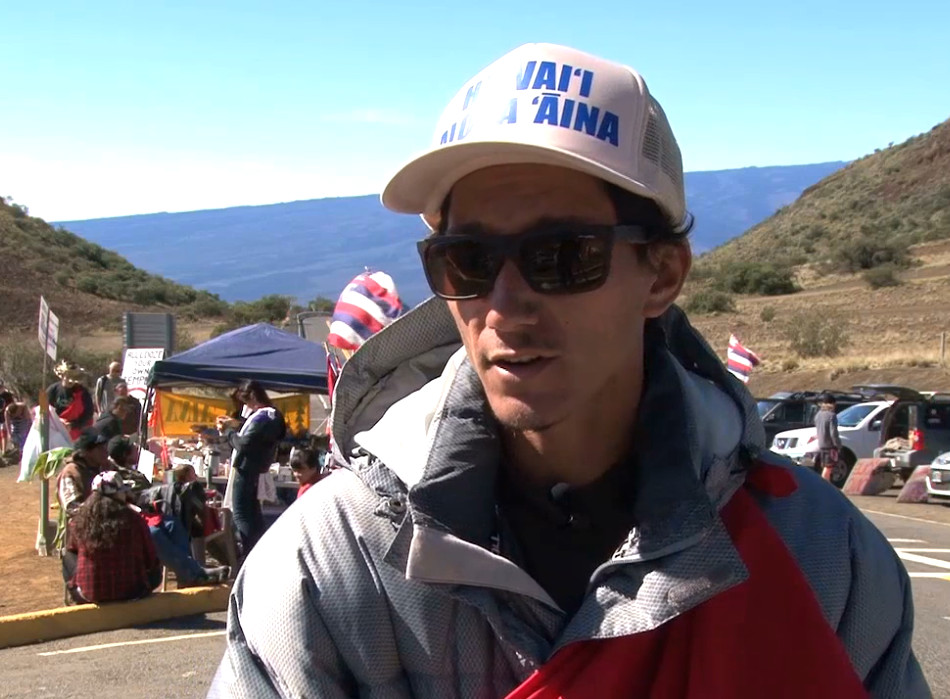