Rat lungworm disease, or angiostrongylus, is a horrific disease. Recent deaths linked to the sickness are renewing concerns.

by Sherry Bracken and David Corrigan

HILO – Rat lungworm disease, or angiostrongylus, is a horrific disease. Recent deaths linked to the sickness are renewing concerns. The affliction comes from a parasitic nematode that is transferred to humans by slugs or flatworms if their slime is ingested, for example if the slime contaminates fruit or vegetables before they are eaten.

On February 18th, U.S. Senator Brian Schatz held a town hall meeting in Hilo, where he took questions from the crowd. It was a chance for residents to voice their concern on issues important to them. Kay Howe asked the senator for his support in the ongoing battle against rat lungworm disease. Howe’s son Graham was infected with rat lungworm disease in 2008. He is a survivor, but his recovery continues.

Rat lungworm disease exists in other countries. In the United States, Hawai’i Island is the epicenter. Of the 42 cases reported to Hawaii State Department of Health since 2007, 91% have been on this island. Most are in the Puna district.

UH Hilo College of Pharmacy Researcher Dr. Susan Jarvi is one of the country’s foremost researchers in the disease. She recently joined Hilo Medical Center hospitalist, Dr. Jon Martel (who has treated several patients with the disease) and the State Department of Health’s Marlena Dixon for an interview with Sherry Bracken on Island Issues which aired on Sunday, March 29, (the program airs every Sunday at 6:30 a.m. on KKOA 107.7 fm and at 8 a.m. on LAVA 105.3 fm.)

The guests on the talk show all agreed the most important thing now is preventing the disease — and Department of Health, Dr. Jarvi, and Dr. Martell all agree it takes proper washing of produce.

Even as the program was being produced, we learned of another possible victim of the disease. The family of Stephan Bell says he was admitted to Hilo Medical Center on March 6, diagnosed with Rat Lungworm Disease, and died of a massive heart attack on March 14, 2015.

In a further effort to raise awareness and educate the public, Dr. Jarvi will present a talk on the affliction on April 15. From the University of Hawaii:

The University of Hawai`i at Hilo Faculty Congress and the College of Continuing Education and Community Service (CCECS) invite the public to a presentation by Dr. Susan Jarvi, Department of Pharmaceutical Sciences, Daniel K. Inouye College of Pharmacy, on Wednesday, April 15, 6:30-7:30 p.m., in UCB Room 100.

At least 60 cases of rat lungworm disease have been documented in humans in Hawai`i, most of them originating from the Puna district of Hawai`i Island. While symptoms can be mild and flu-like, there have been cases that have resulted in long-term disability and even death. 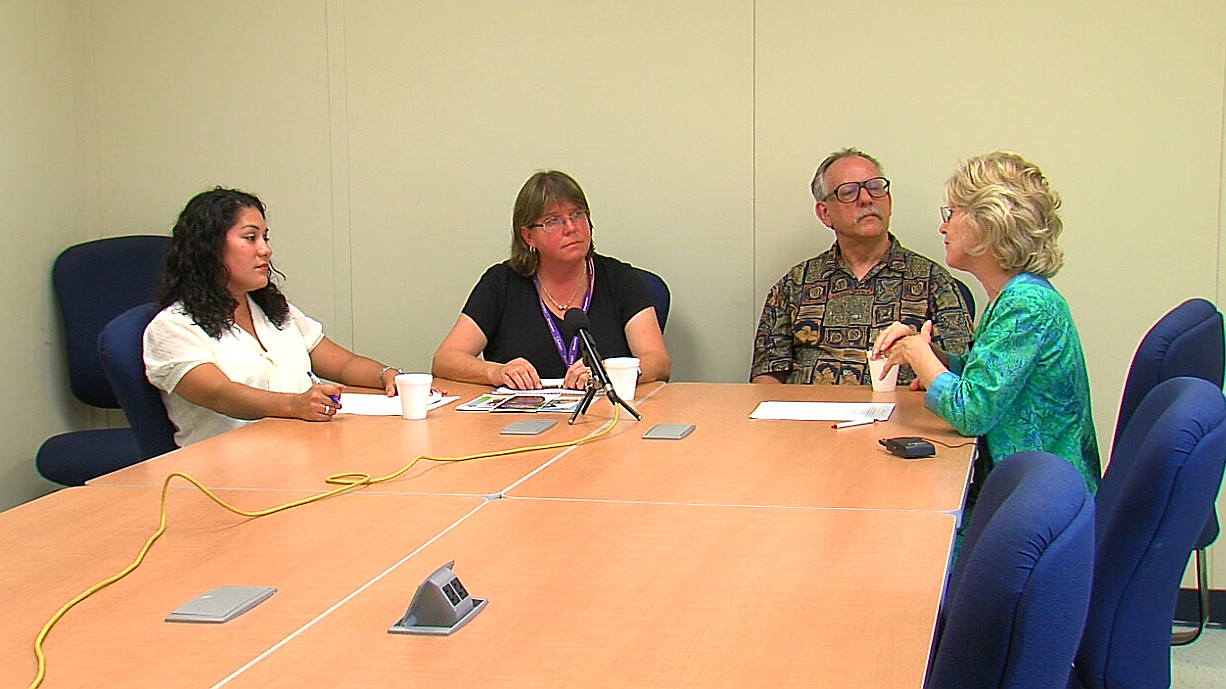