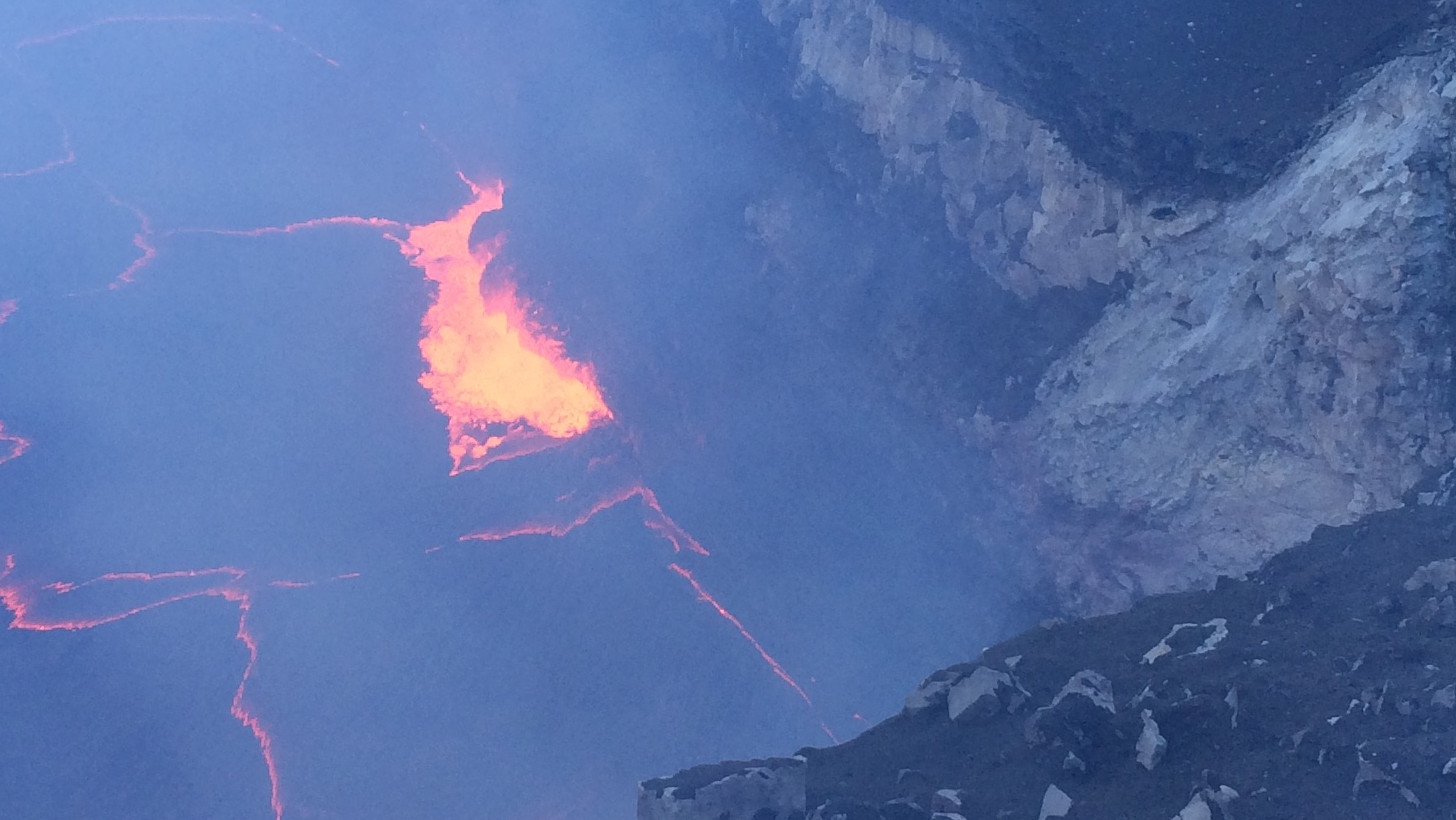 HAWAII VOLCANOES NATIONAL PARK (BIVN) - A volcanic explosion at the summit of Kilauea hurled fragments of molten and solid rock onto the rim of Halemaʻumaʻu Crater on Saturday night.

HAWAII VOLCANOES NATIONAL PARK – An explosive event occurred at the summit of Kilauea volcano at 10:02 p.m., HST, on Saturday night.

The August 6th event was triggered when rocks from the east rim of Kīlauea Volcano’s summit vent fell into the lava lake. The explosion hurled fragments of molten and solid rock onto the rim of Halemaʻumaʻu Crater. 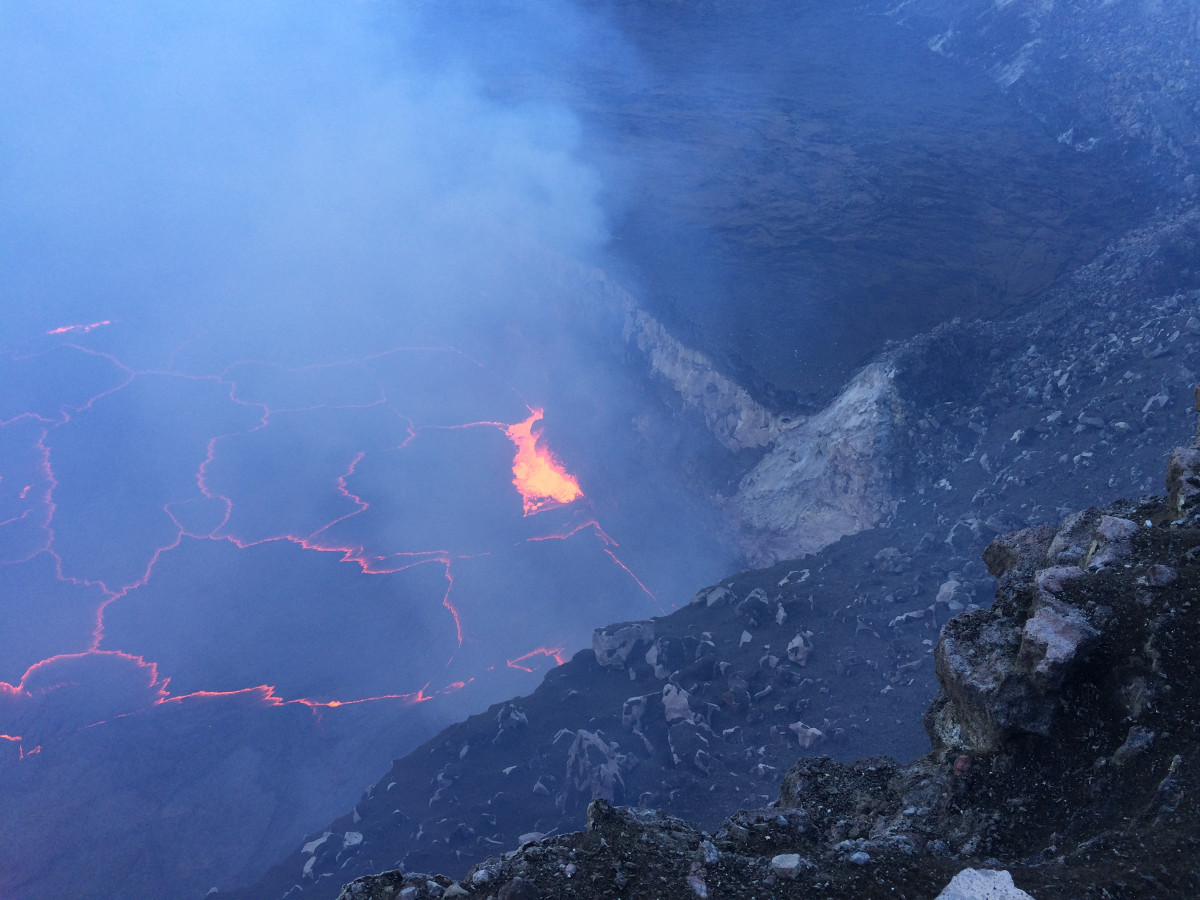 (USGS photo) A light-colored “scar” about 20 m (66 ft) across from this rockfall is visible to the right of the spattering area on the lake surface.

Rocks in the vent wall can become unstable when the level of the lava lake drops, as has been going on for the last several days, scientists with the USGS Hawaiian Volcano Observatory say.

The explosive event blanketed the rim of Halemaʻumaʻu Crater with a layer of tephra, or volcanic rock fragments, up to 8 inches thick. Bombs were thrown up to 295 ft. beyond the crater rim at the overlook and were deposited over an area 720 ft. wide along the rim, scientists report. 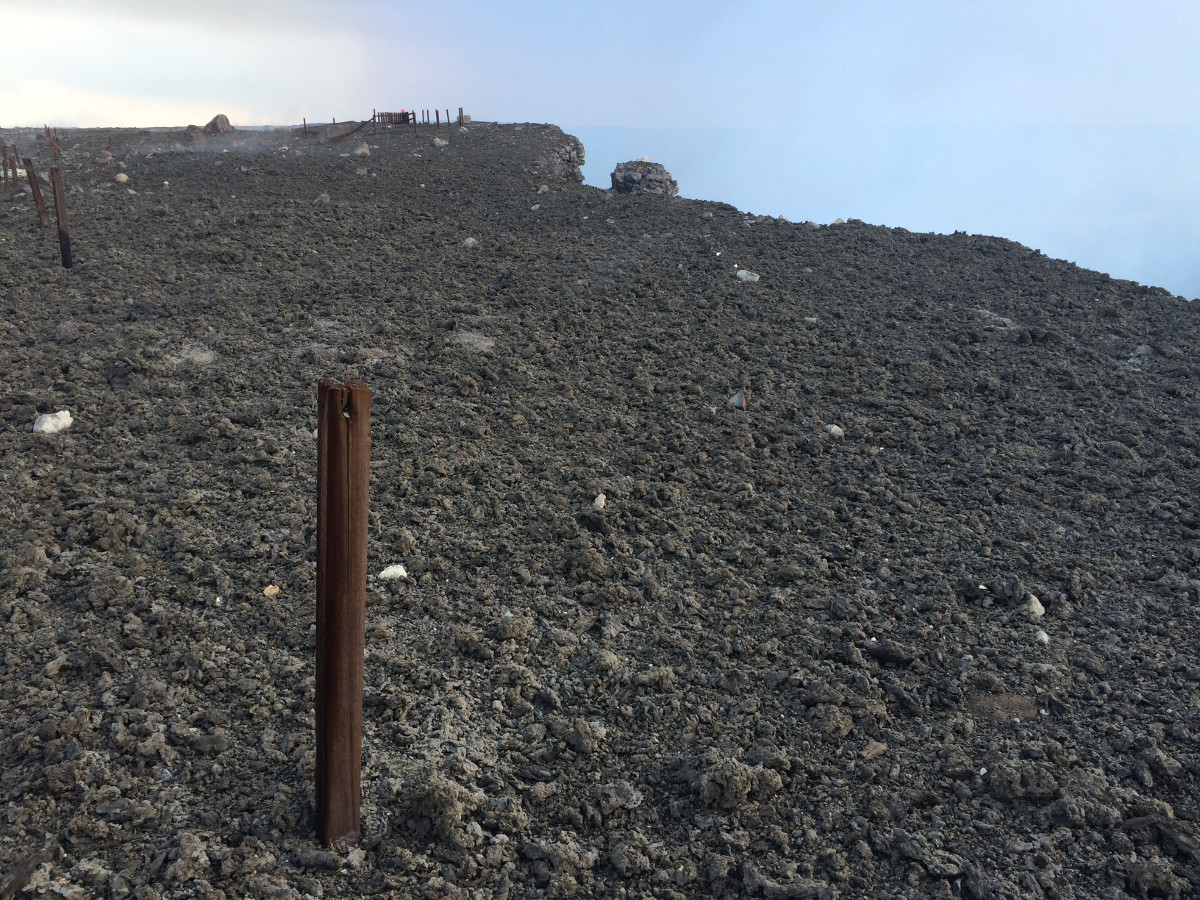 “Saturday night’s explosive event is a reminder of why this area remains closed,” USGS HVO stated. “Had anyone been standing in this area when it occurred, that person would have been severely burned or killed by the falling debris.”

Both lithic, or solid rock, fragments from the vent wall was blasted out, as well as spatter, or molten lava fragments, was ejected from the lava lake. 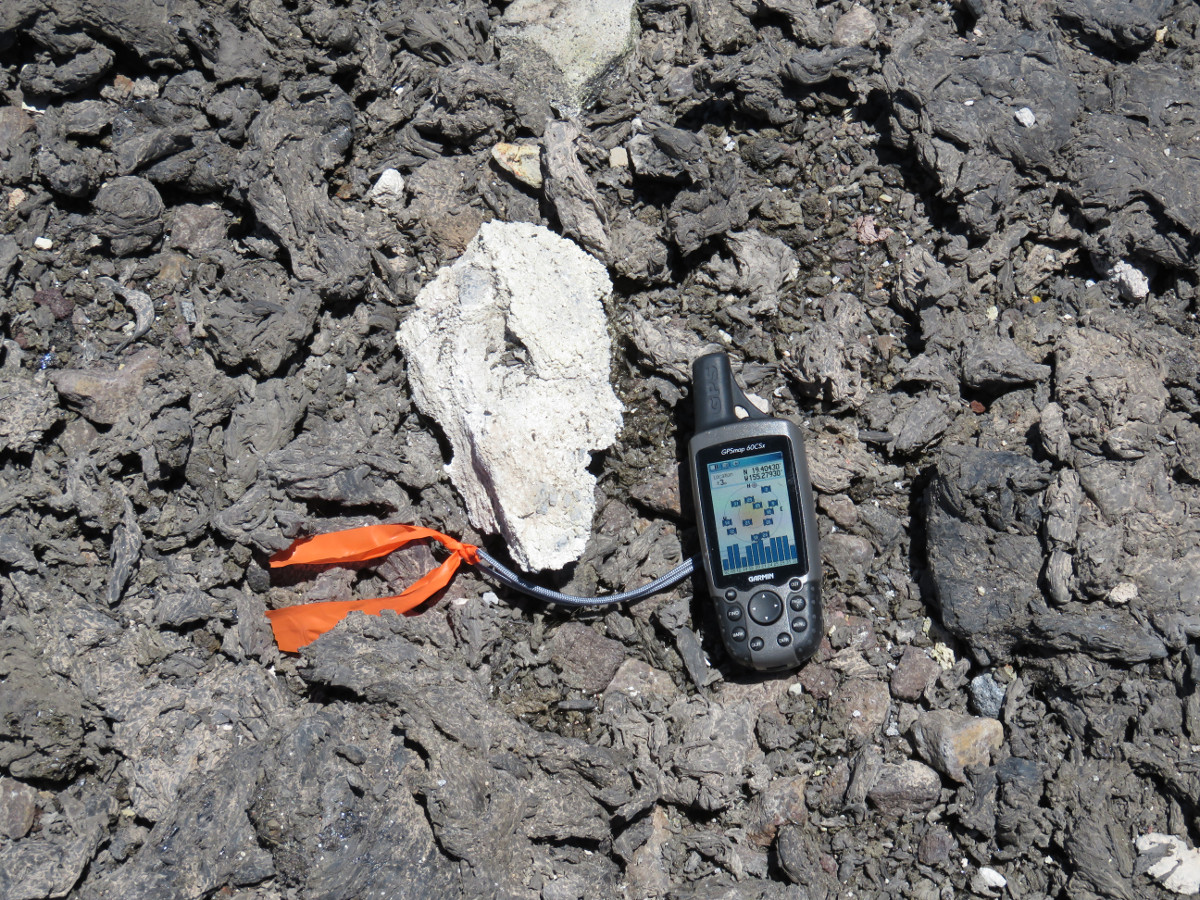 (USGS photo) The light-colored lithic in the center of this photo is about 20 cm (8 in) long—the GPS unit is shown for scale.

Scientists say their volcano monitoring equipment installed on the rim of Halemaʻumaʻu Crater was a casualty of Saturday night’s explosive event. 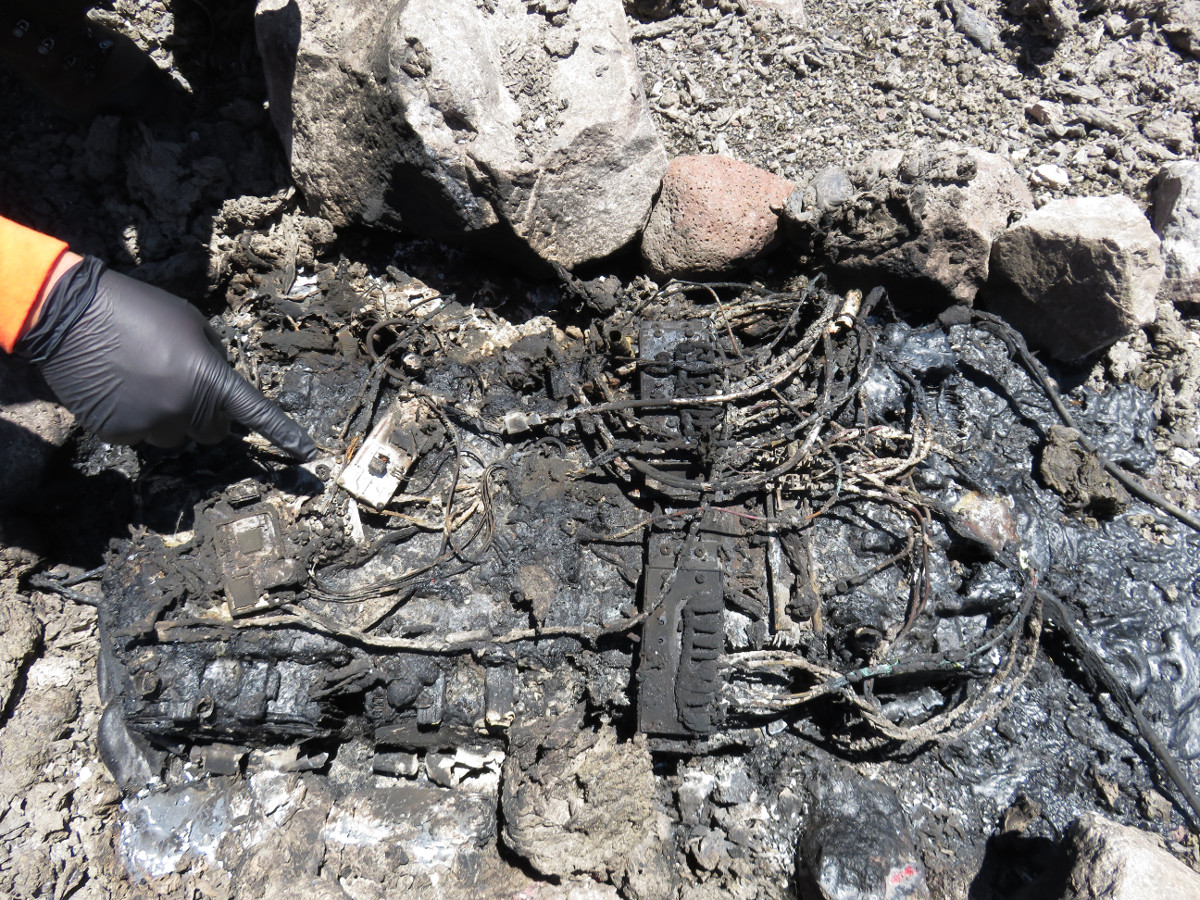 (USGS photo) This pile of charred wires and metal components, surrounded by melted plastic, is all that remains of the power supply for one of HVO’s gravity instruments located about 24 m (80 ft) from the crater rim.