HAWAII VOLCANOES NATIONAL PARK – Safety protocols were discussed with media on Tuesday, out on the hot lava field by the Kamokuna ocean entry.

During the special briefing, the National Park’s public affairs specialist Jessica Ferracane talked about the hazards associated with the active lava flow and ocean entries, and offered tips on how visitors can safely hike to and view the volcanic spectacle. 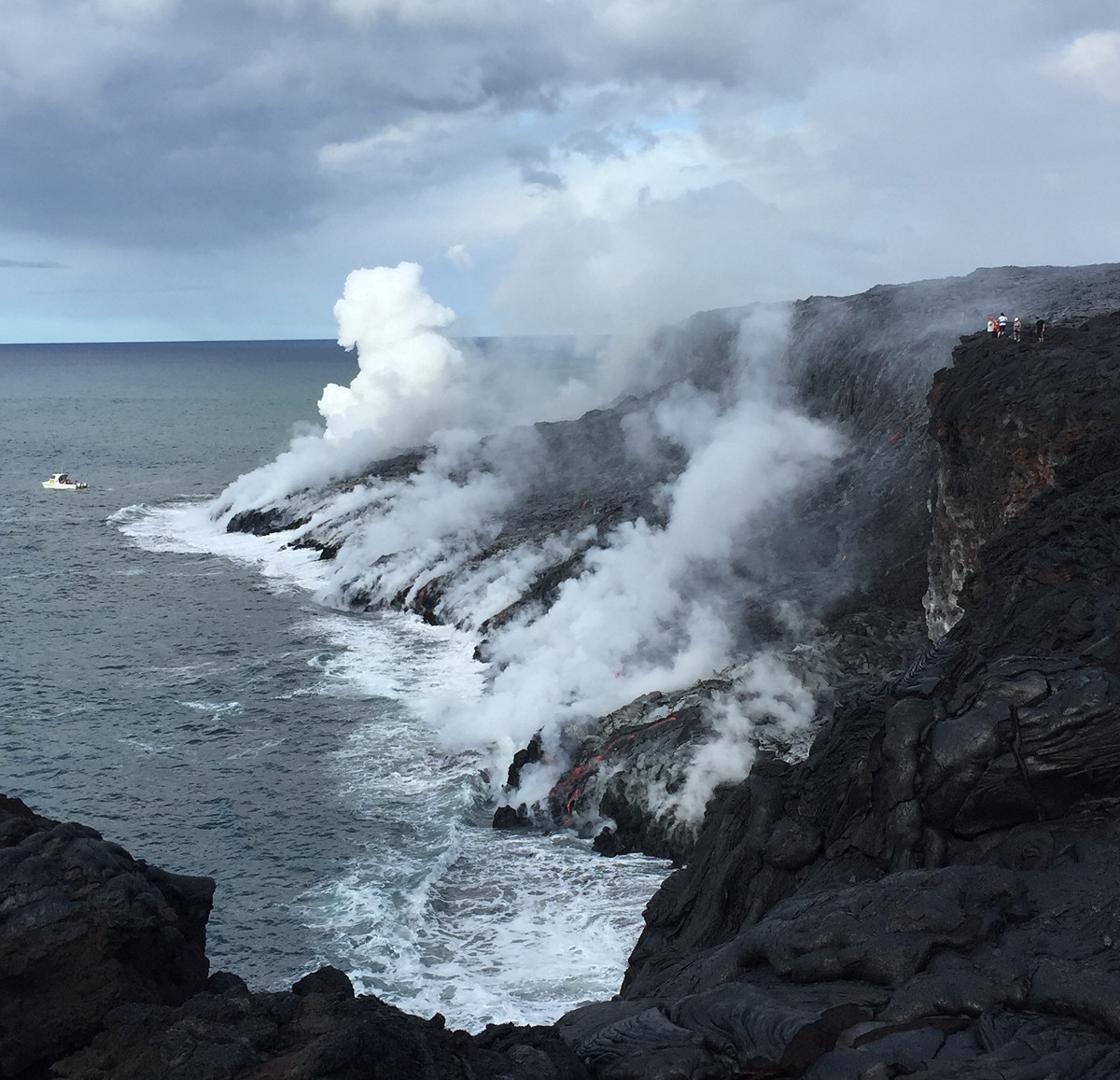 (USGS photo) The white plume formed by the interaction of lava and seawater is a corrosive mixture of super-heated steam, hydrochloric acid, and tiny particles of volcanic glass, all of which should be avoided. Lava deltas (new land formed at the ocean entry) can collapse without warning. Should the lava delta shown here collapse, fragments of molten lava and blocks of hot rock would be thrown both inland and seaward, potentially impacting people on the cliff above the ocean entry and in the boat in front of the delta, scientists say.