HAWAII VOLCANOES NATIONAL PARK (BIVN) - The entire section of the sea cliff that was seaward of the hot crack collapsed, scientists say. The moment was partially caught on video.

NOTE: The video above is courtesy the Lava Ocean Tours Facebook page and shows the moment of the collapse as seen from the ocean by boat. Warning: There is some adult language in the video, as passengers are awestruck by the sight.

HAWAII VOLCANOES NATIONAL PARK – The unstable sea cliff at the Kamokuna ocean entry broke off and fell into the water today at about 12:55 p.m.

The moment of the collapse was partially caught on video by a USGS Hawaiian Volcano Observatory camera set up to monitor movement of a growing crack near the cliff.

USGS geologists hiked to the Kamokuna ocean entry today to assess the status of the sea cliff. “When they arrived, the ‘firehose’ flow was no longer visible,” USGS later wrote in an update. “However, spatter (bits of molten lava) and black sand flying through the steam plume indicated that lava was still flowing into the ocean and interacting explosively with seawater.”

“Within minutes of HVO geologists reaching the ocean entry site, the sea cliff seaward of the hot crack… collapsed with no warning,” USGS says. “Fortunately, they were far enough away to not be in harm’s way.” 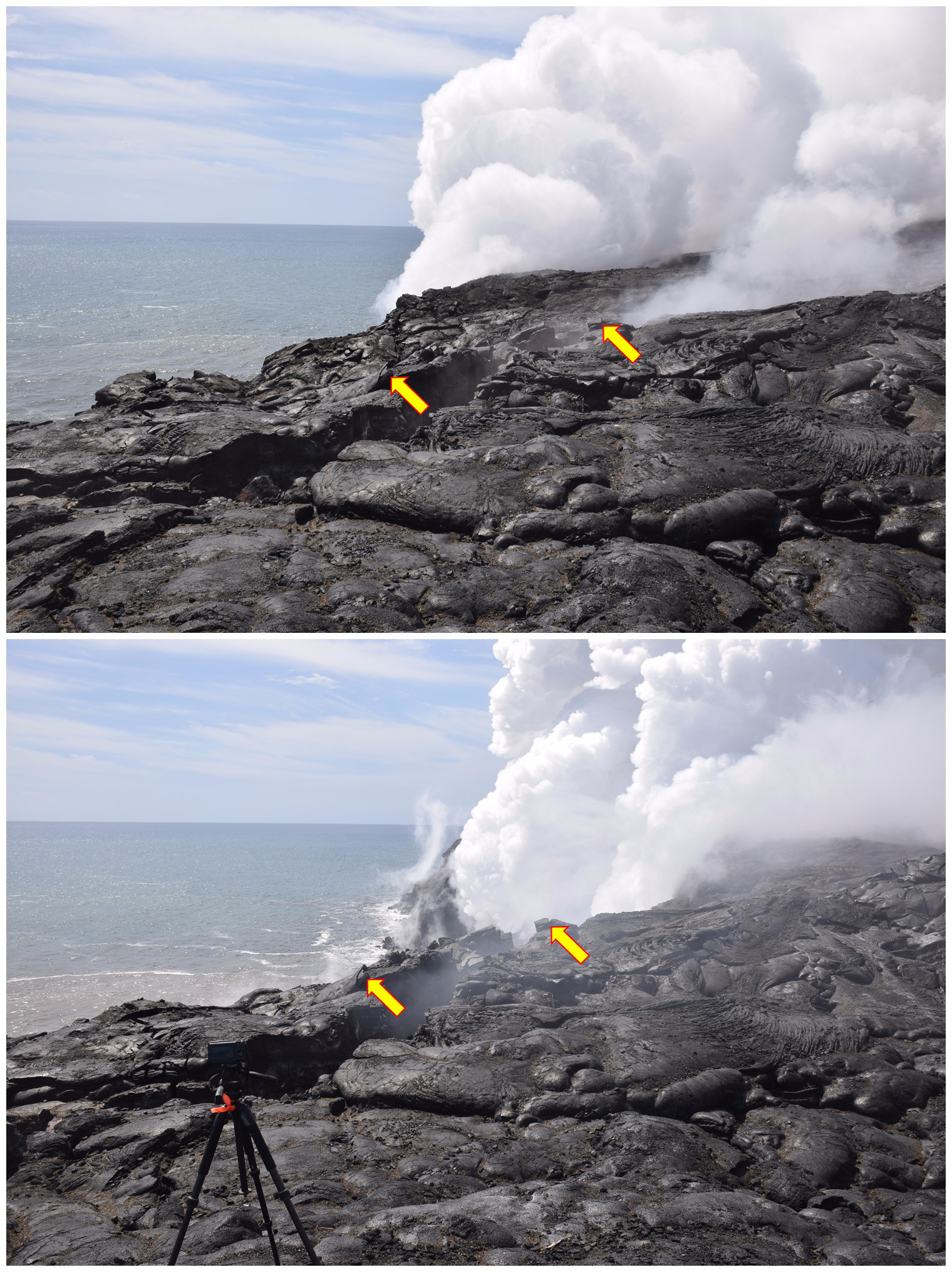 (USGS) The top photo was snapped just before the collapse occurred. The bottom image shows the remaining sea cliff after the collapse. Yellow arrows point to the same rocks in both photos for comparison.

Scientists say the entire section of the sea cliff that was seaward of the hot crack collapsed, “except for a small block of rock … at the eastern end of the crack; this piece of the sea cliff, estimated to be 30 m long and 5 m wide (98 x 16 ft), remains highly unstable and could collapse with no warning.” 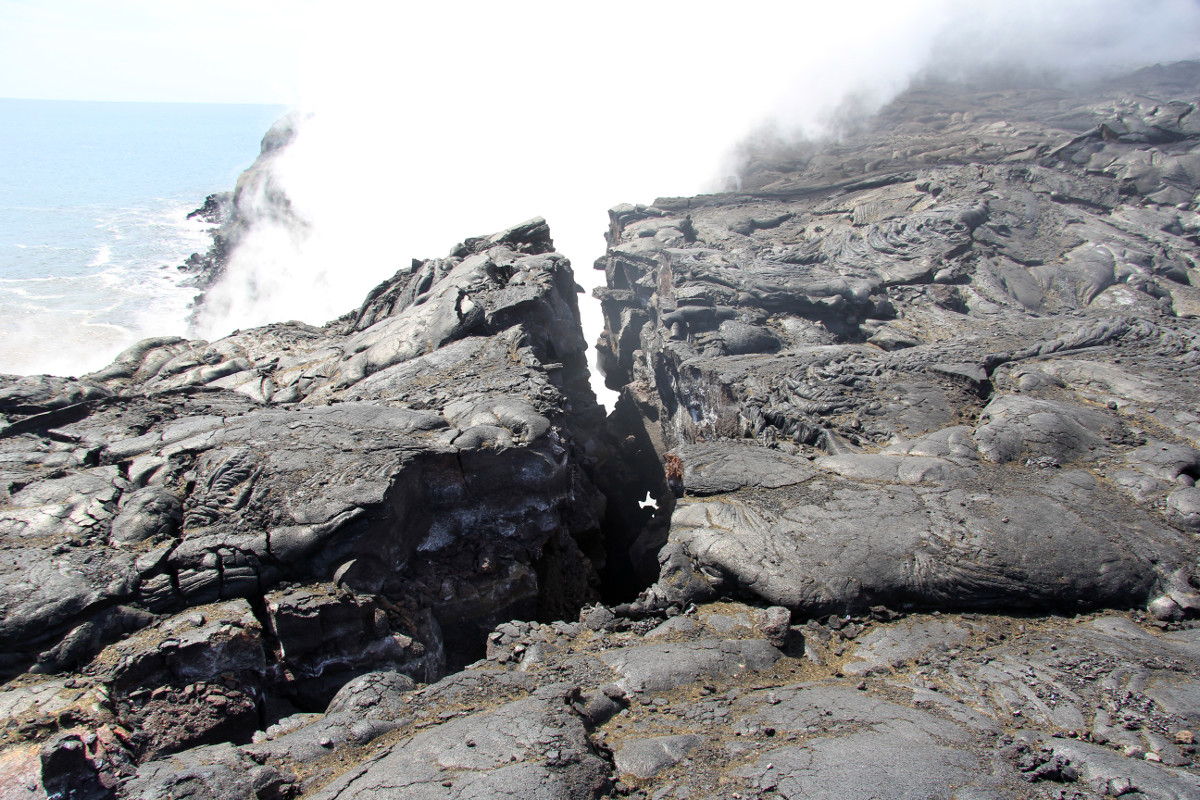 (USGS) This one section of unstable cliff remains, and could go at any moment.

“During the collapse, rocks hitting the ocean generated a wave that propagated outward from the coast,” USGS scientists reported. “After the collapse, no lava was visible, but is apparently still flowing into the sea based on the continuing steam plume and explosions of spatter.”