WAIMEA (BVIN) - Hawai'i State Attorney General Doug Chin got a hero's welcome to North Hawaii, where he gave a 40 minute talk on his legal efforts to block the president's executive order. 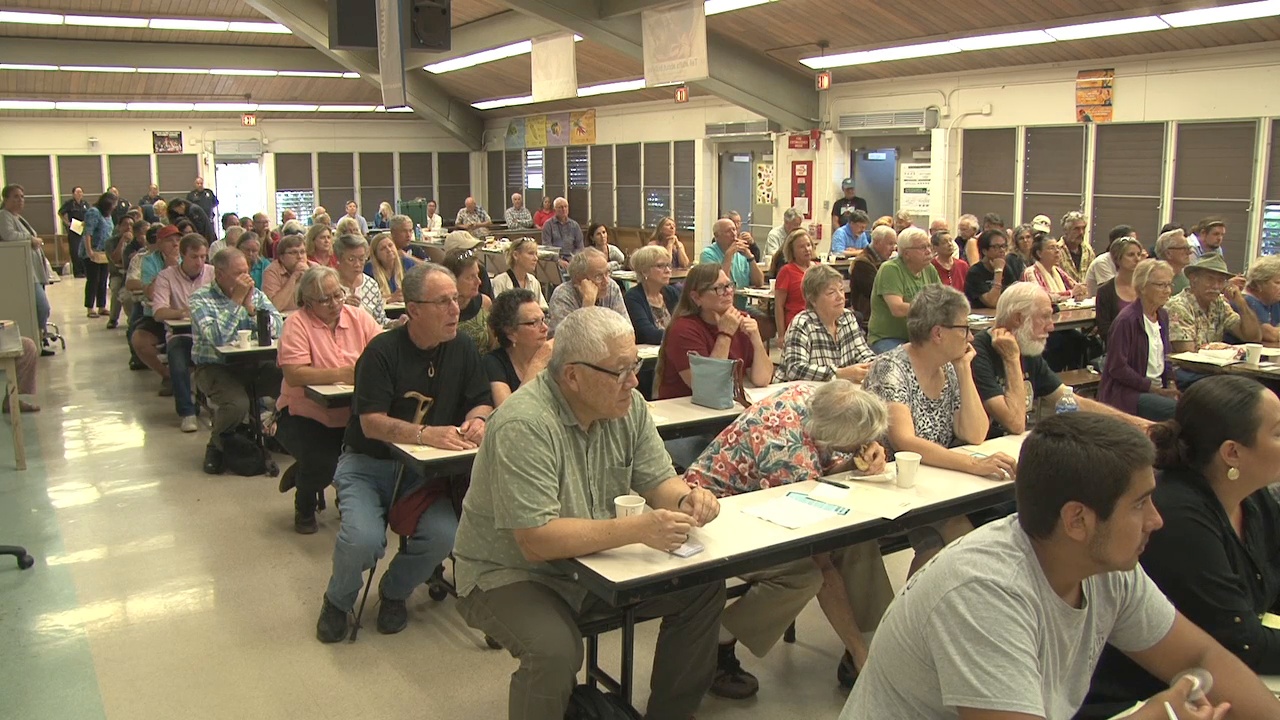 A big crowd in Waimea for the AG.

Chin was treated like a hero by the North Hawaii town, on the heels of Chin’s securing of the first-in-the-country temporary restraining order (TRO) from a federal judge to block the President Trump’s second immigration travel ban. The TRO prevents Trump’s executive order from taking effect nationwide. The TRO was recently converted by the same judge into a preliminary injunction.

The community crammed the Waimea School Cafeteria to listen to Chin speak for about 40 minutes, discussing how his office is responding to changes and challenges brought about by the new Trump administration.

Although it was his first visit to Waimea, Chin was at home among members of the North Hawaii Action Network, who have organized a local resistance to Trump’s policies since the new administration took over in January. They even told the Don “You’re Fired” as part of a nationwide “Ides Of Trump” mailing.

According to the Waimea Community Association, which organizes the monthly town hall meetings, Chin is the son of Chinese immigrants, graduated from Stanford University and received his law degree from UH-Manoa. “He joined the Honolulu prosecutor’s office in 1996, where he tried approximately 50 jury cases to verdict,” WCA wrote in promotion of the meeting. “Chin’s most notable cases resulting in convictions as charged included a brutal rape-murder committed by the victim’s neighbor and a serial rapist of Honolulu prostitutes. He was recognized with a “Top Gun” award for winning the most trials in a calendar year out of 100 Honolulu prosecutors. In 2006, Chin was appointed first deputy prosecutor and later acting city prosecutor.

“From 2010 to 2013, he served as managing director for the City and County of Honolulu, where he was directly responsible for 23 municipal government and public safety agencies and approximately 10,000 employees with an annual operating budget of $2 billion. In 2011, Chin oversaw city operations when Honolulu became the first U.S. city to host the Asia Pacific Economic Cooperation (APEC) summit since 1992, an event attended by the leaders from 22 economies, including the United States, China, Russia and Japan. Chin also negotiated tough matters ranging from public employee contracts to energy sustainability initiatives.

“Outside of work, Chin has served on the board of the local YMCA and American Youth Soccer Organization (AYSO). He was awarded Honolulu AYSO’s “Volunteer of the Year” Award for two consecutive years.” 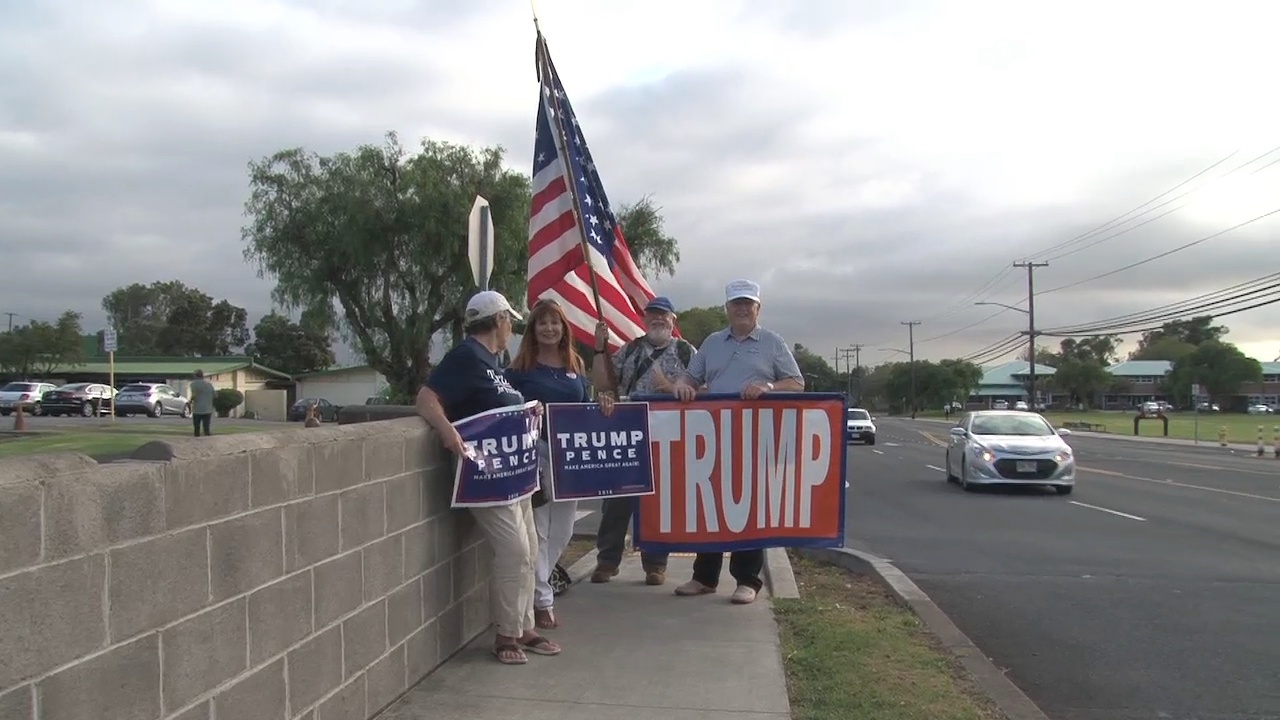 A handful of Trump supporters demonstrated outside the school.