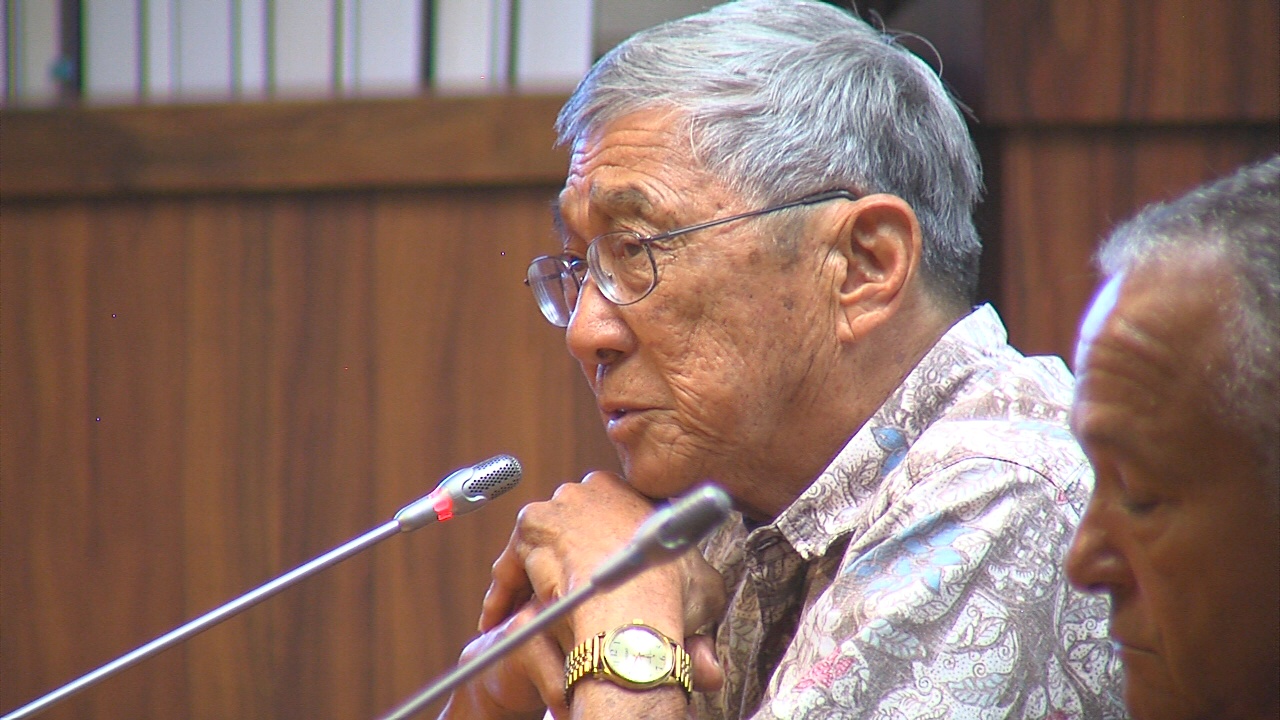 Mayor Harry Kim was among those who testified in Hilo at Wednesday’s public hearing on proposed fuel tax increases.

Mayor Harry Kim, who was among those who spoke at the hearing, is proposing the rate hike. But the decision on whether or not to approve the plan is up to the Hawaii County Council.

“I’m not insensitive, at all, to the position we put you in,” Kim told the councilmembers. “I do hear the comments and I know you do.”

Many of those comments were expressed loudly, at times, during the meeting held at the council chambers in Hilo which included video teleconferencing from different sites around the island.

“As these costs rise up to strangle us,” said Toby Hazel from Pahoa, putting her hands around her neck, “you guys in the government sit there with your cushy jobs.”

Puna resident Joyce Folena warned about how the increase would impact people living in rural areas who have to drive far for goods and services. “My suggestion, if you’re going to pass this,” Folena said, “please raise it in more equal increments,” like 4.7 cents each year.

Mayor Kim said the last time a fuel tax rate increase was proposed was 1988. The mayor said the money will be spent to pay for roads and the county’s transit system.