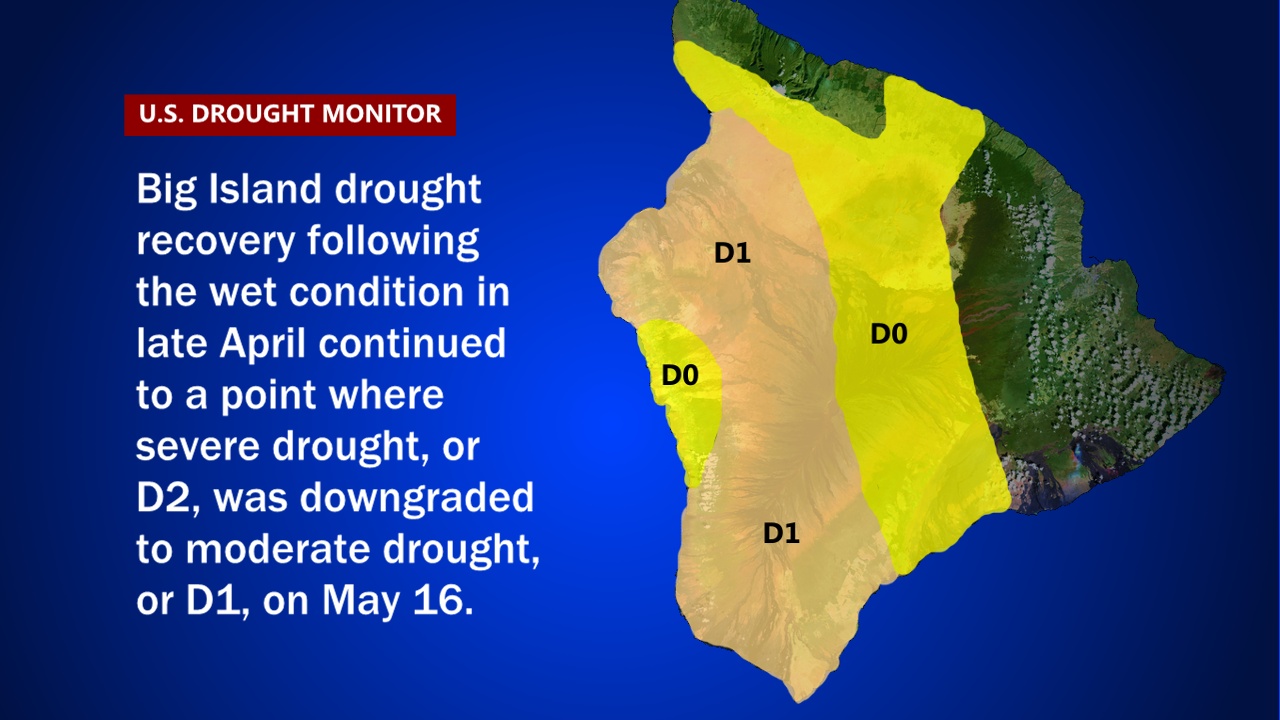 (BIVN) – Drought conditions on Hawaii Island are improving, according to the latest Drought Information Statement issued by the National Weather Service in Honolulu.

Forecasters say Big Island drought recovery following the wet condition in late April “continued to a point where severe drought, or the D2 category in the U.S. Drought Monitor map was downgraded to moderate drought, or the D1 category on May 16. Since then, the Kona slopes have been receiving ample rainfall which resulted in the removal of drought on June 15.”

The rest of the moderate drought area on the Big Island has remained in place, forecasters say, with “spotty
rainfall preventing a worsening of conditions but not enough to produce significant improvements.”

Although the Kona coffee belt region “has continued to receive ample rainfall based on rain gage and farmer reports,” there were still reports of dry pastures in the South Point and South Kohala areas, the NWS reported.

U.S. Geological Survey data shows streams across the state had 30-day flow levels in the near normal range, forecasters said, with the exception of streams in the Kohala area, where flow levels were below normal.

According to the NOAA Climate Prediction Center, the Pacific Ocean is experiencing ENSO-neutral conditions (El Niño/Southern Oscillation) which are expected to persist through at least the northern hemisphere 2017 fall season. There is a decreasing chance for El Niño development through the remainder of the year, NOAA says.