PUNALU'U, Hawaii - Local beachgoers question the legality of a tour boat operator's effort to create a new boat ramp at the wharf. 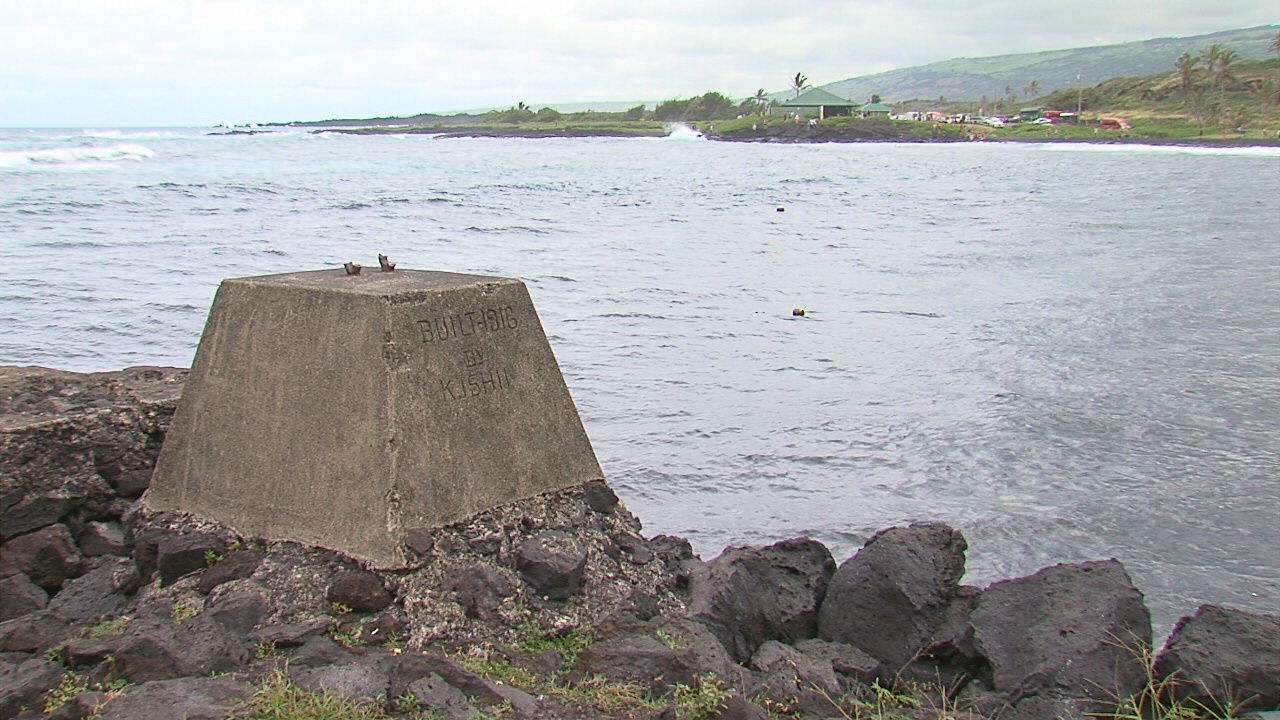 Parts of the wharf date back to 1916, according to the cement block.

(BIVN) – The Ka’u community is in disbelief after managing to prevent a man’s apparently unpermitted effort to create new boat ramp over a historic structure along the shoreline of Punaluu beach.

On Thursday, a man moving dirt and rocks on the old wharf with an excavator roused the suspicion of campers and fishermen in the area. The locals eventually approached the man, questioning if he had the right to do the shoreline grading work which normally requires state and county approvals and public notice.

The man, who identified himself as Simon Velaj, the operator of the Hang Loose Boat Tours, said he had a lease agreement with SM Investment Partners, associated with Roberts Hawai`i, and told the locals he planned to create a new and improved boat ramp at the wharf because the existing ramp was too shallow for his boat. Locals say Velaj was planning on running lava boat tours from Punalu’u, and even offered to give them free rides if they dropped their objections to the excavation. Locals told Velaj to stop work and leave while they searched for more information.

On Friday, tensions increased. When Velaj returned to the site in a tour van, Ka’u residents were there waiting for him. Pahala musician Demetrius Oliveira live streamed on Facebook the confrontation that followed. The back and forth exchange got so heated that Velaj was eventually chased out of Punalu’u by angry locals. 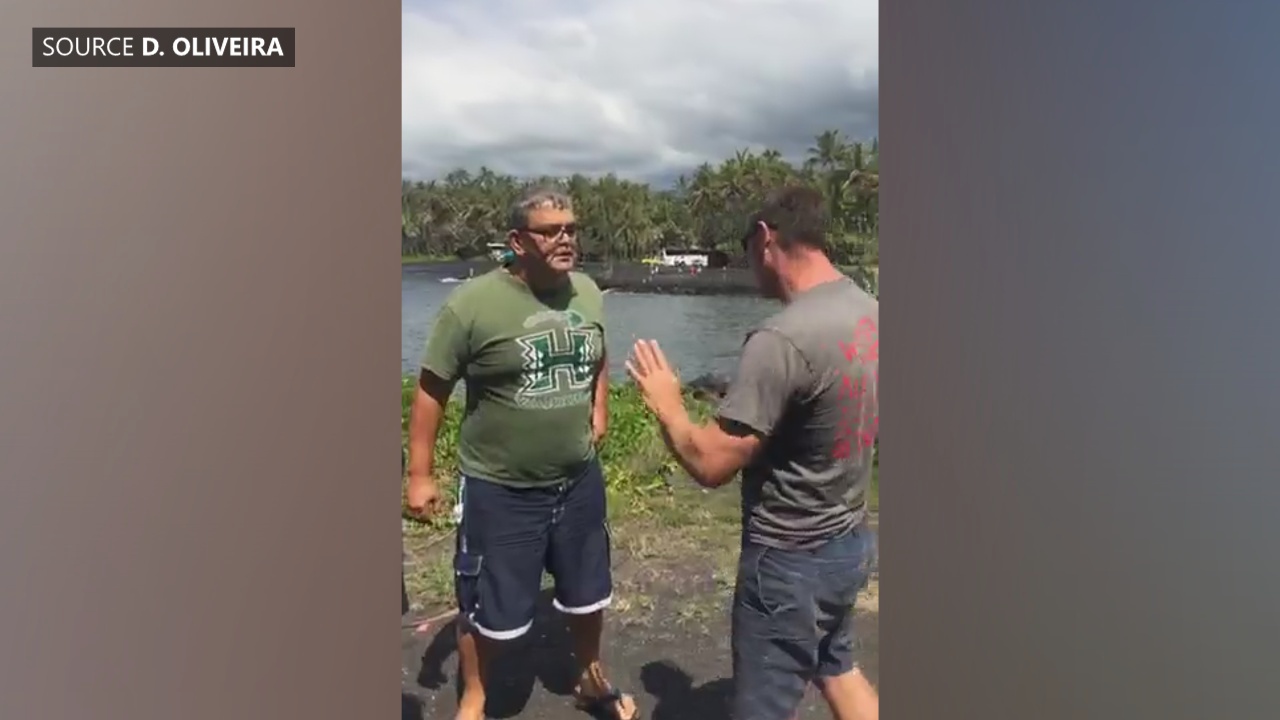 Oliveira’s videos went viral, and all together amassed over 100,000 views.

Later that day, this letter – from S.M. Investment Partners to Velaj – was obtained by Ka’u Calendar news, which has been following the situation:

This is to provide notice that the License Agreement between S.M. Investment Partners and Hang Loose Boat Tours, LLC dated April 26, 2017 is cancelled effective immediately.

Section 5 of the Agreement states in part that License shall:

– Be solely responsible for obtaining all necessary permits, licenses and authorization required to undertake the Permitted Activities.

We have received information from members of the community, including a city council member that rocks at the shoreline have been moved and trees have also been removed. You stated that you were in the process of leveling some pillars at the boat ramp. These activities not only require Landlord approval, but require permits from the state and/or county government. We did not authorize you to conduct any activities as described above nor can we condone this type of unlawful behavior, thus we have no option but to cancel your License Agreement due to your non-compliance.

On Sunday, Big Island Video News interviewed witnesses to the attempted excavation. Although still upset by the way the work had been done, they were relieved that community vigilance – and social media – helped stop the complete destruction of the old wharf.