HILO, Hawaii - As a precaution, the two corrections officers who responded to the fire are being evaluated by medical staff for any fire-related injuries, officials say. 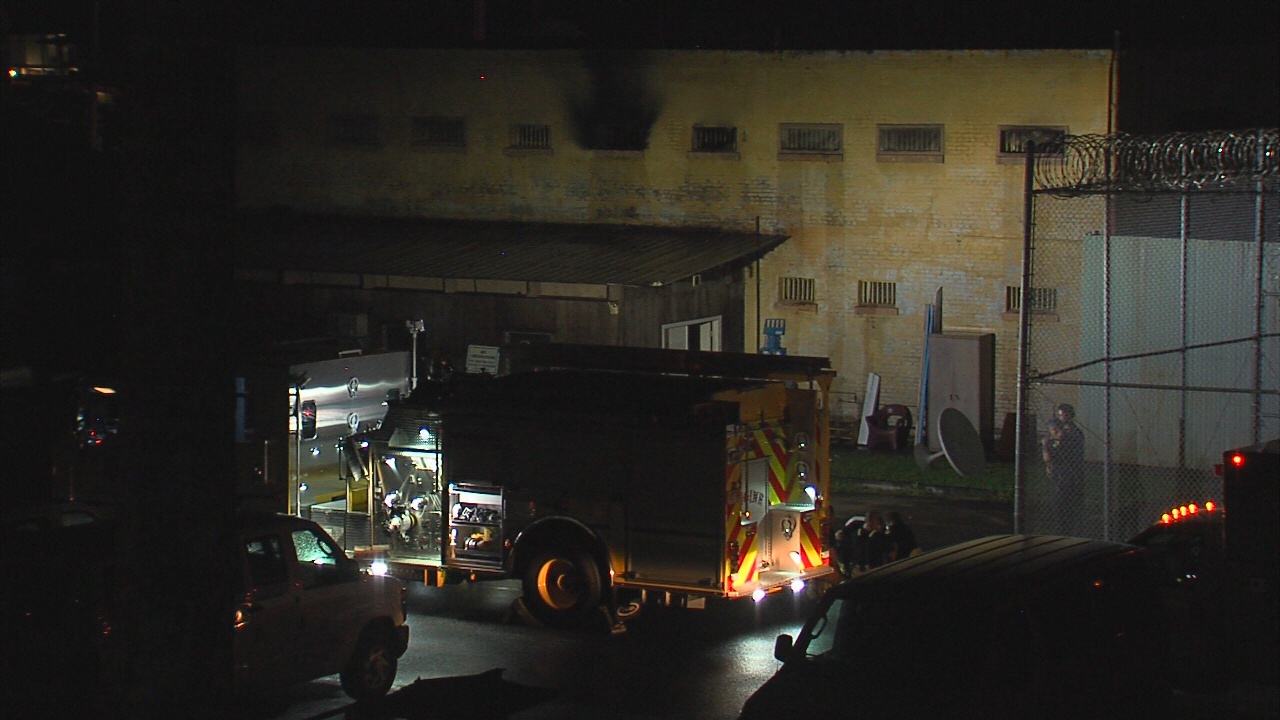 UPDATE (8:30 a.m. on Oct. 17) – Hawaii County Police have more information on Monday night’s fire at the old Hilo jail, which they are investigating as a burglary and arson, and the 33-year-old male that was arrested at the scene. This release was issued Tuesday morning:

At approximately 6:40 p.m., Monday evening, (October 16), police and fire units responded to the old section of the facility off Waianuenue Avenue. Arriving units found cells on the second floor of the building fully engulfed in flames. This portion of the facility was used as storage with the bottom floor utilized by maintenance personnel.

As firefighters were clearing all the cells on the second floor, checking for anyone present as they extinguished fires in multiple individual cells, a man emerged from a cell which contained contents that were on fire at the time. He ran past the firefighters but was apprehended by nearby correctional officers and detained until patrol officers arrived. One correctional officer was treated for smoke inhalation and another for a laceration sustained during efforts to extinguish the fire prior to the arrival of firefighters.

Police arrested Daniel J. Blust of Hilo for first-degree arson, second-degree burglary, two counts of fourth-degree theft, third-degree criminal property damage and unauthorized entry into a motor vehicle. The latter charges stem from the subsequent discovery that vehicles near the suspected point of entry into the building were damaged and items taken from within as well. The suspect did not require medical attention.

Blust is being held at Hilo cellblock while detectives with the Criminal Investigation Section continue this investigation.

UPDATE (8 a.m. on Oct. 17) – The Hawaii County Fire Department reports one injury in last night’s fire. One ACO was treated and transported to the Hilo Medical Center ER for smoke inhalation.

(ORIGINAL POST) – A fire at the old Hilo jail building at the corner of Waianuenue Avenue and Komohana Street was extinguished Monday evening and one man was arrested, according to the Hawaii Department of Public Safety.

The old jail is right next to the Hawaii Community Correctional Center (HCCC). At approximately 6:40 p.m., HCCC staff noticed light coming from the second floor of the old Hilo jail building, located just outside the HCCC grounds.

Staff responded to the blaze with fire extinguishers, and also called Hawaii County Fire and Police. Firefighters arrived within 5 minutes and quickly put out the fire, a Public Safety information officer says.

A male was caught in the building by Corrections Officers and held until Hawaii Police arrived and arrested the individual, the Public Safety spokesperson said.

The state says all HCCC inmates are accounted for. As a precaution, the two corrections officers who responded to the fire are being evaluated by medical staff for any fire-related injuries.