MAUNA KEA, Hawaii - As TMT opponents disrupt a BLNR meeting, the governor and Mayor Kim move forward with a plan for a Living Monument for World Peace on Mauna Kea.

(BIVN) – Three people were arrested before the Hawaii Board of Land and Natural Resources meeting in Honolulu on Friday. The events were connected to the ongoing dispute over the Thirty Meter Telescope planned for Mauna Kea.

Before the meeting, representatives of the Hawai’i Unity and Liberation Institute, or HULI, said they planned take action to hold the land board accountable for its recent decision authorizing the permit to build TMT atop the mountain, and – specifically – to demand the immediate resignation of BLNR member Sam Gon.

The next day, BLNR Chair Suzanne Case issued a statement about the protest:

“Sam ‘Ohu Gon is held in the highest respect by innumerable people. As a scientist and as a recognized expert in native Hawaiian traditional and customary practices, Sam brings tremendously valuable perspective and integrity to the Land Board decisions. No Land Board member is appointed as a representative of or advocate for any particular group.

“It is disappointing and frankly offensive that some who disagree with the Land Board’s recent decision on the TMT telescope choose to aim personally at ‘Ohu or any board member. This is not peaceful protest. We must simply reject this kind of divisiveness in Hawaiʻi as well as nationally and globally, and practice respect in our public discourse no matter our views.”

The land board added that out of respect for the contested case process, the members have agreed not to discuss the TMT decision until the appeal period has run next month.

The TMT project needs to clear a few more legal steps before it can secure a Notice to Proceed. Meanwhwile, the international team of of scientists and engineers is moving forward with the conceptual design of the observatory’s Wide-Field Optical Spectrograph.

Partners gathered recently in China to discuss potential collaboration on what is planned to be one of TMT’s first-light instruments, which will offer extraordinary new capabilities to study the early, distant universe, including the first stars and galaxies, and the intergalactic medium, scientists say. 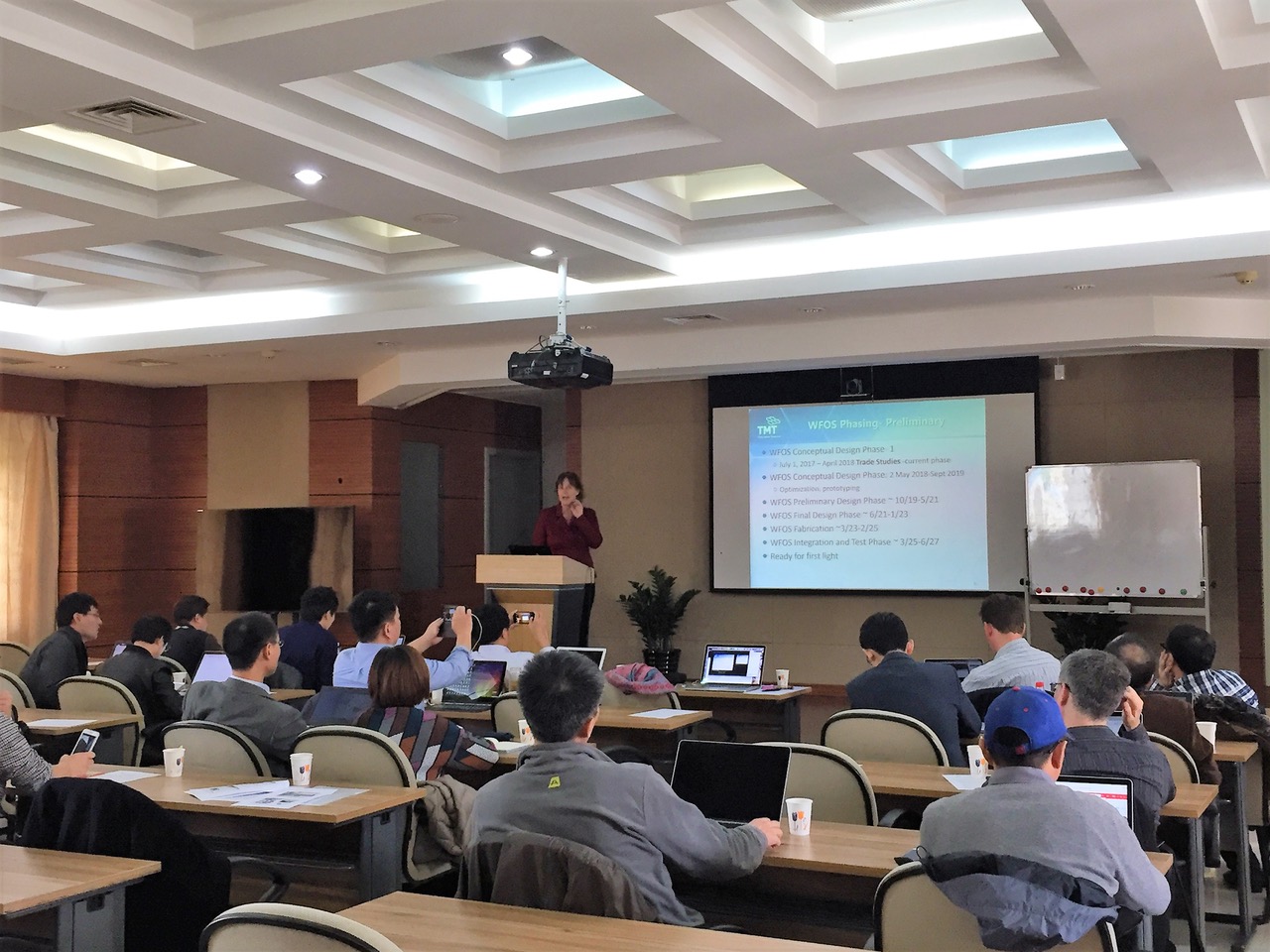 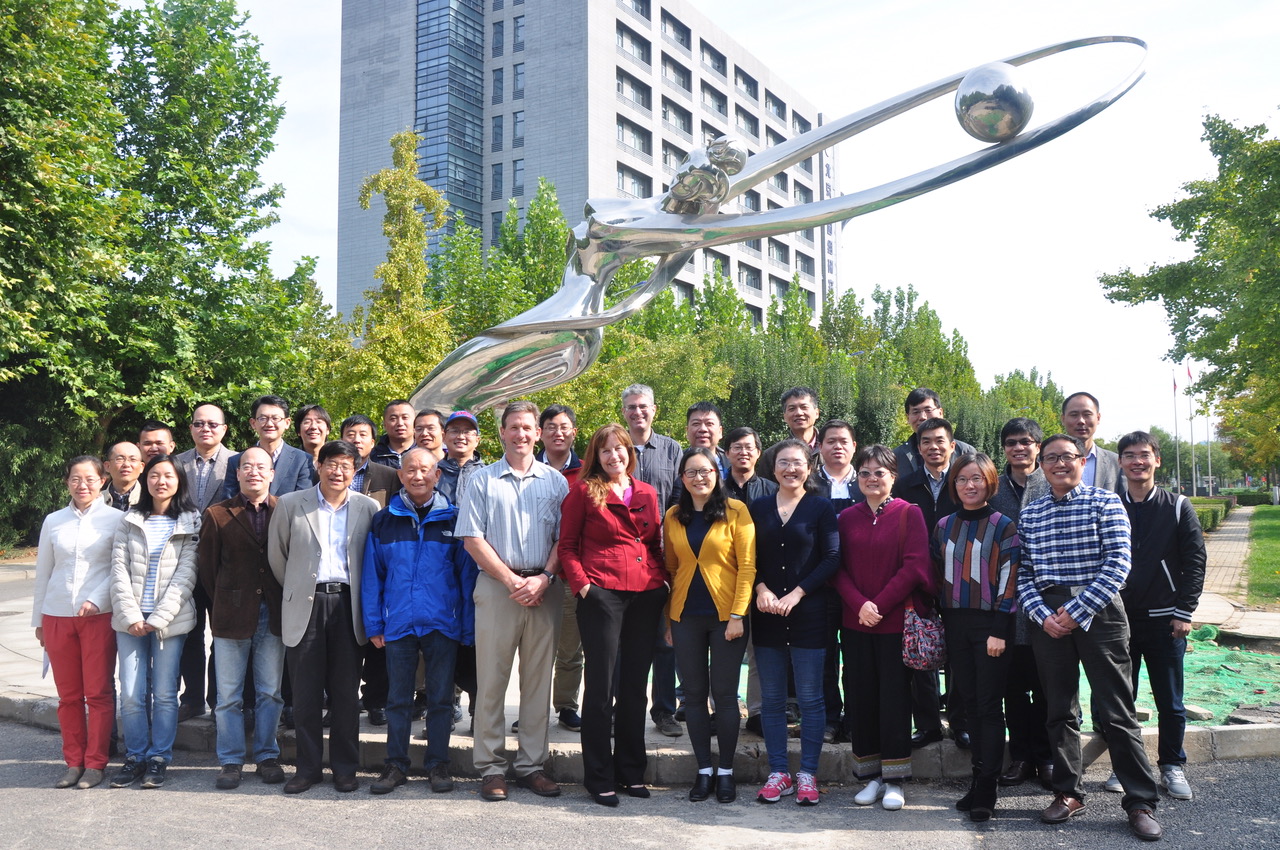 This, as State and Hawaii County government continue to pursue plans to make a Living Monument for World Peace on Mauna Kea.

The West Hawaii Today reported on October 28 that Governor David Ige has tapped Mayor Harry Kim to lead a working group to create the living monument, and pledged state resources to help the group achieve its goal. Mayor Kim has been pushing for his idea since taking office in December 2016.

On Monday, October 30, county officials released the letter from Governor Ige. The text is presented below.

First, the October 14 letter from Governor Ige to Mayor Kim:

All Hawai‘i nei stands at a crossroad regarding Mauna Kea’s and our collective future.

This journey will test all of us and will go beyond the merging of culture, science, education, economics, and the environment. On this journey, we must be mindful that we are able to call Hawai’i our home today because of the grace, mutual respect, and aloha that were given to us as a gift by the PeOple of Hawai‘i’s First Nation.

It will require unique and special people who can coordinate their own hearts and minds and lead us forward for the collective existence of Mauna Kea and all of us, with no obligation in return.

I could think of no better person than you to lead and organize a working group of like-minded individuals to create a Living Monument for World Peace on Mauna Kea. I trust you without any reservation and hesitation in this endeavor.

I believe our collective efforts will positively change the trajectory of Hawai‘i so present and future generations can choose to call Hawai‘i home. Therefore, I humbly ask you to lead us along this preferred path of peace for a better future. I will make myself. my staff, and my resources available to you to achieve this goal.

You are so right in your statement of honor and respect for the special gift of Mauna Kea and the people of Hawaii (First Nation of Hawai’i). I thank you for your trust in me to carry out this very difficult task. As you are well aware, there is a complexity of pre-existent management responsibilities of leases, permits, plans, funding sources, authorities and overlapping jurisdictions.

The decision to do this was uncomfortable simply because of the awareness of many people who are better suited for this important task.

I will pursue this with all the energy I can possess and reach out for wisdom and guidance. This as you know, must be collective in nature and its success will be so dependent on people’s willingness to get together and listen to each other. This is such a worthy mission as Mauna Kea and Hawai’i so rightfully deserve to be globally recognized as cultural and natural treasures. A place on this earth as a symbol of diverse people living together peacefully and respectfully in harmony with nature. This of Hawai’i, and the people of the First Nation that grew out of a painful history of wrongs and today finds a cosmopolitan people remarkable to the world. This treasured place of Hawai’i should be and can be a beacon of hope for peace in this world. This, I will work towards.

Thank you very much for your care of this island and its people. lmua!