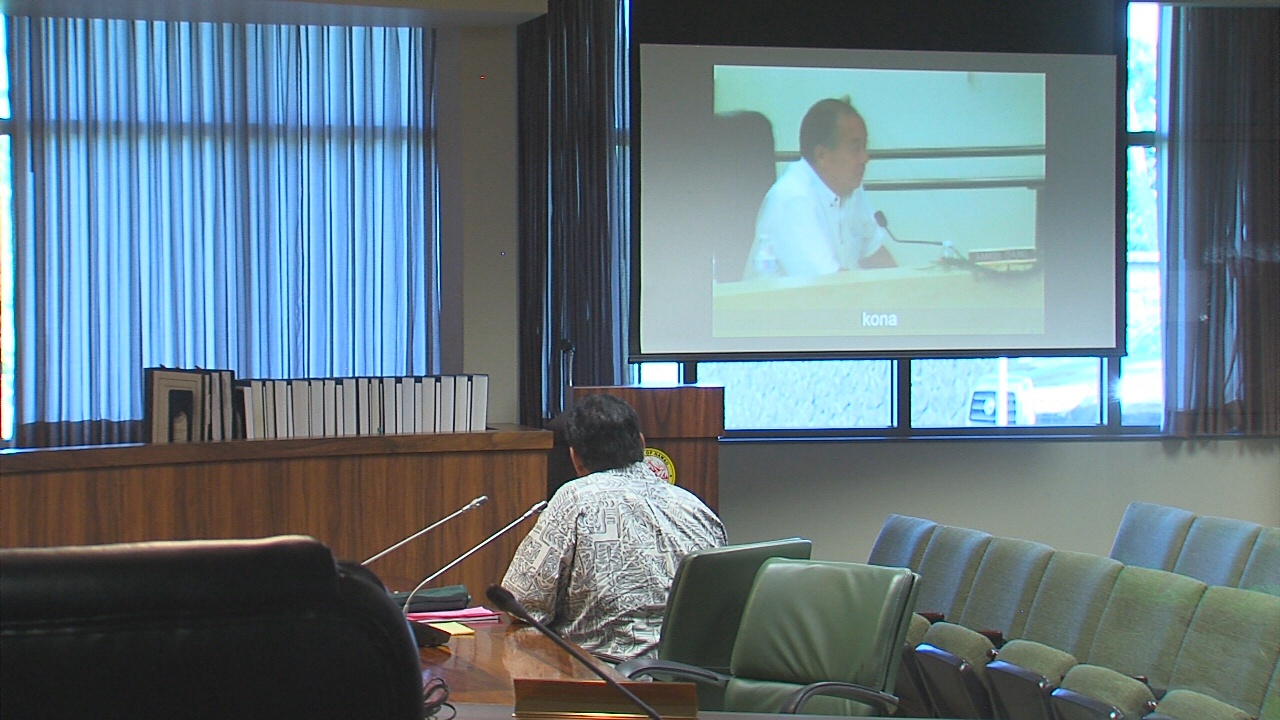 Councilmember Aaron Chung, in Kona, speaks with acting Director of Human Resources William Brilhante, in Hilo, via teleconference on Tuesday.

For months county officials have been concerned that a disparity between battalion chief earnings, which have not kept pace with the collective bargaining agreements that cover their subordinates. The result is some captains making more than the chiefs, and – allegedly, as a result – some potential candidates for battalion chief being unwilling to take the promotion.

Councilmember Aaron Chung requested the topic be placed on the agenda. From his communication:

During the course of the Departmental Review for the 2017- 2018 budget, I asked Fire Chief (Darren) Rosario for his views on this matter and he indicated that he was in favor of changing the pay grade for this rank. However, subsequent to that, I had a discussion with former Human Resources Director Sharon Toriano who indicated her office’s opposition to such change.

It is my belief that the current arrangement hampers recruitment for the position and consequently affects public safety. Therefore, I am requesting a discussion on this matter.

Fire chief Rosario and Finance Director Deanna Sako were present for the discussion in Hilo, but the acting Director of Human Resources, William Brilhante, did the talking on behalf of the administration, and indicated that the county would be re-examining the feasibility of changing the battalion chief’s pay grade from EM-3 to Em-5. After the meeting, Chief Rosario stated he is in support of the change.