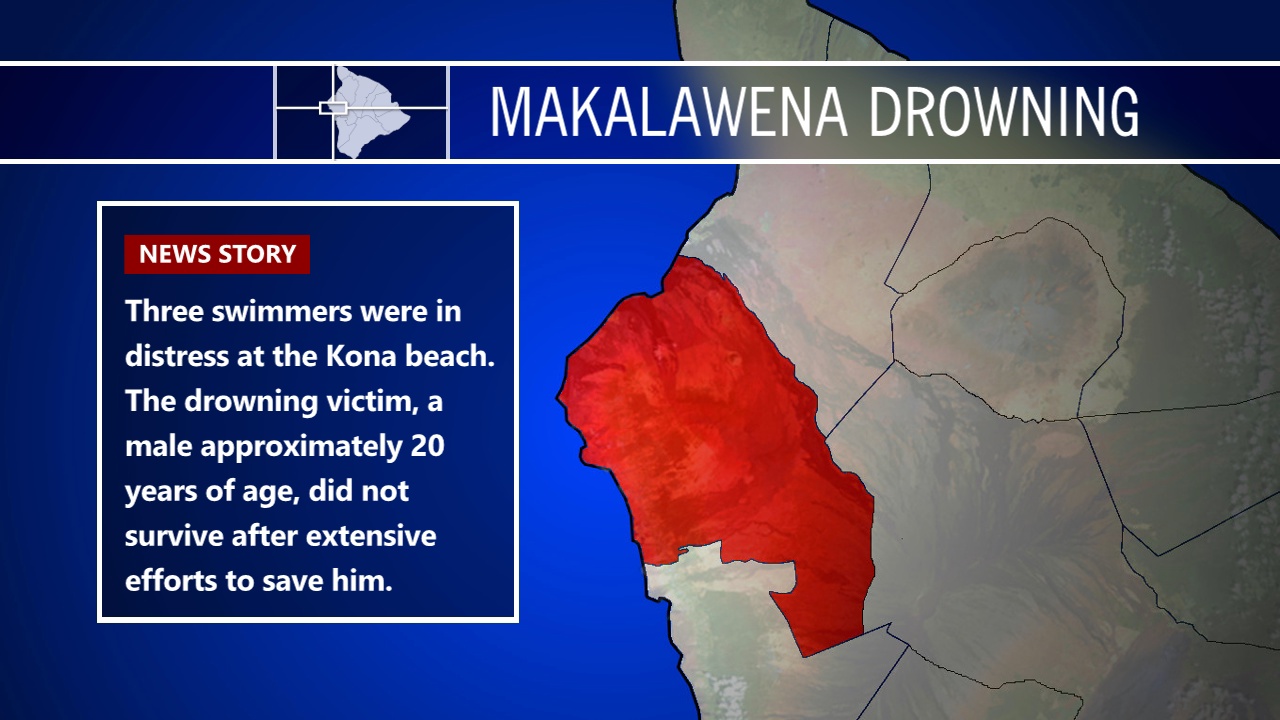 One Man Drowns After Three In Distress At Makalawena Beach

KAILUA-KONA, Hawaii - Fire crews say a second member of the party was also extricated to awaiting ground medic unit for treatment and transport to Kona Hospital.

(BIVN) – One person is dead and another injured after three swimmers were reported in distress at Makalawena Beach on Tuesday.

Rescue teams responded at 3 p.m. to the situation. “One in party could not swim,” a fire dispatch reported.

Bystanders were giving the drowning victim CPR when the helicopter arrived, fire crews say. “As the incident progressed, fire dispatch determined all parties were on shore with CPR initiated and in progress,” the department said. “A second member of the party was also extricated to awaiting ground medic unit for treatment and transport to Kona.”

The drowning victim, reported to be a male approximately 20 years of age, “did not survive after extensive efforts to save him” and he died on the scene. The identity of the victims is not known at this time, the fire department says.

We will update this page with more information as it becomes available.