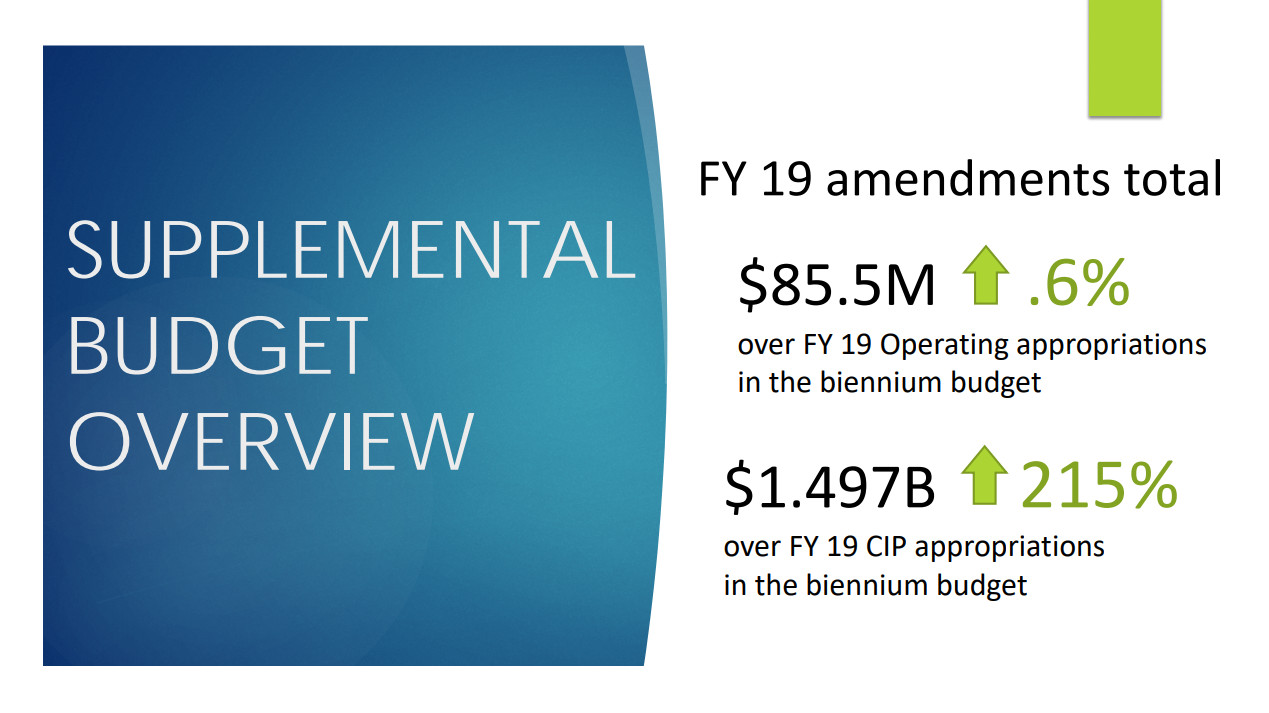 (BIVN) – Heading into the 2018 election year, Governor David Ige presented a lot of positives in his Supplemental Budget proposal on Monday.

“Housing production is up. Homelessness is down nearly nine percent across the state. Our classrooms are cooler,” stated a media release issued by the governor’s office, complimenting a press conference streamed live over Facebook. “Hawai‘i is a recognized national and international leader in sustainability and clean energy. And Moody’s Analytics reports that Hawai‘i is one of only 16 states with enough cash reserves to weather the ‘stress test’ of another recession.”

“Last year’s biennium budget invested in programs that have helped us address our state’s biggest problems. Evidence shows that we’ve made progress in many of our high priority areas, while being smart about managing taxpayer dollars,” said Gov. Ige.

According to the Governor, the state’s improved G.O. bond ratings and lower interest rates make it a favorable time to invest in the state’s infrastructure. “These capital projects have broad economic impact, supporting about 14,000 jobs of which 5,520 will be in the construction industry,” the governor’s office stated.

Here are some of the budget highlights, according to the governor:

GOVERNOR SAYS: The future begins with investing in education and improving school facilities to make a difference for generations of students.

GOVERNOR SAYS: We are asking for a cash infusion of more than $100 million. “Our efforts are paying off. Since I’ve been in office, 5,300 units have been completed, 40 percent of them affordable. There are another 1,400 under construction and 4,500 units in the planning stages. Let’s build on our momentum,” Ige said.

GOVERNOR SAYS: “For the first time in eight years, there are fewer homeless people across the state – a decline of nearly nine percent. We hope the State Legislature continues to support our efforts to put more families in homes and drastically reduce our homeless population,” Ige said.

GOVERNOR SAYS: “We are asking for this funding to continue support of the initiatives announced at last year’s IUCN World Conservation Congress – protecting our natural resources, doubling local food production, and growing our economy,” said Ige.

GOVERNOR SAYS: “We see progress on complex issues, and this budget aligns our values and programs with those actions we know will make a difference. My administration remains focused on doing things the right way to achieve the best outcomes for the State of Hawai‘i,” Gov. Ige said.