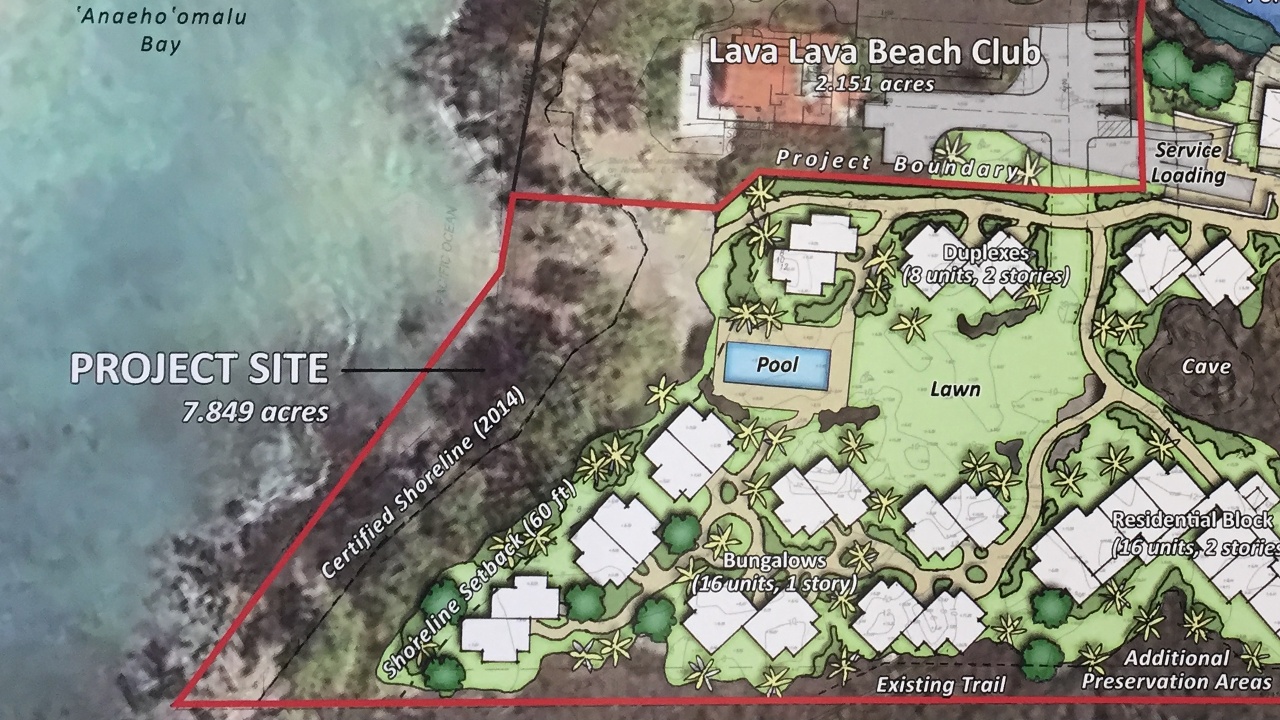 image of amended plans for Waikoloa BC, LLC development

ANAEHOOMALU, Hawaii - The related site visit by the Leeward Planning Commission, scheduled for February 15, 2018, has subsequently been cancelled.

(BIVN) – The application for a rezone and SMA amendment that would allow a small resort complex to be built by the beach of ‘Anaeho’omalu has been withdrawn.

On Thursday, planning consultant Sidney Fuke – on behalf of developers Waikoloa BC, LLC – officially took the proposal off the Leeward Planning Commission’s table. In turn, the County Planning Department says the related site visit by the commission, scheduled for February 15, 2018, has subsequently been cancelled.

This letter was sent to county planners by Fuke:

As you are aware, during the course of the public and agency review of the subject applications and in response to these comments, considerable modifications were made to the proposed project. These modifications were made to address not only public but agency comments such as the U.S. Fish and Wildlife Services, U.S. National Park Service, County Cultural Resources Commission and the SHPD-approved Archaeological Inventory Survey and Preservation Plan. It is the considered opinion of the applicant that the updated plan presented at the Leeward Planning Commission was responsive and became greatly improved because of these comments. For example, it reflected additional setback from the certified shoreline; density reduction; height reduction; and the preservation of wide network of trails and anchialine ponds with extended buffers.

Notwithstanding those modifications, it appeared from public testimony at the January 18, 2018 Commission hearing that some still considered the proposed V-7.5 zoning inappropriate.

Accordingly, on behalf of the applicant, please be informed that the applicant hereby withdraws the subject applications. We believe that the Commission’s scheduled February 15, 2018 field trip and hearing on this matter are moot and should, therefore, be cancelled.

We thank you and your staff for your time, guidance, and courtesies on this matter throughout this process.


Some of the public testimony on the project. Video by David Corrigan, published on Jan. 18, 2018.