VIDEO: “Delivery Of The Decade” For Canada-France-Hawaii Telescope

MAUNA KEA, Hawaii - "SPIRou" belongs to the next generation of astronomy instruments with the goal to find Earth- like planets in the habitable zones of nearby red-dwarf stars, scientists say. 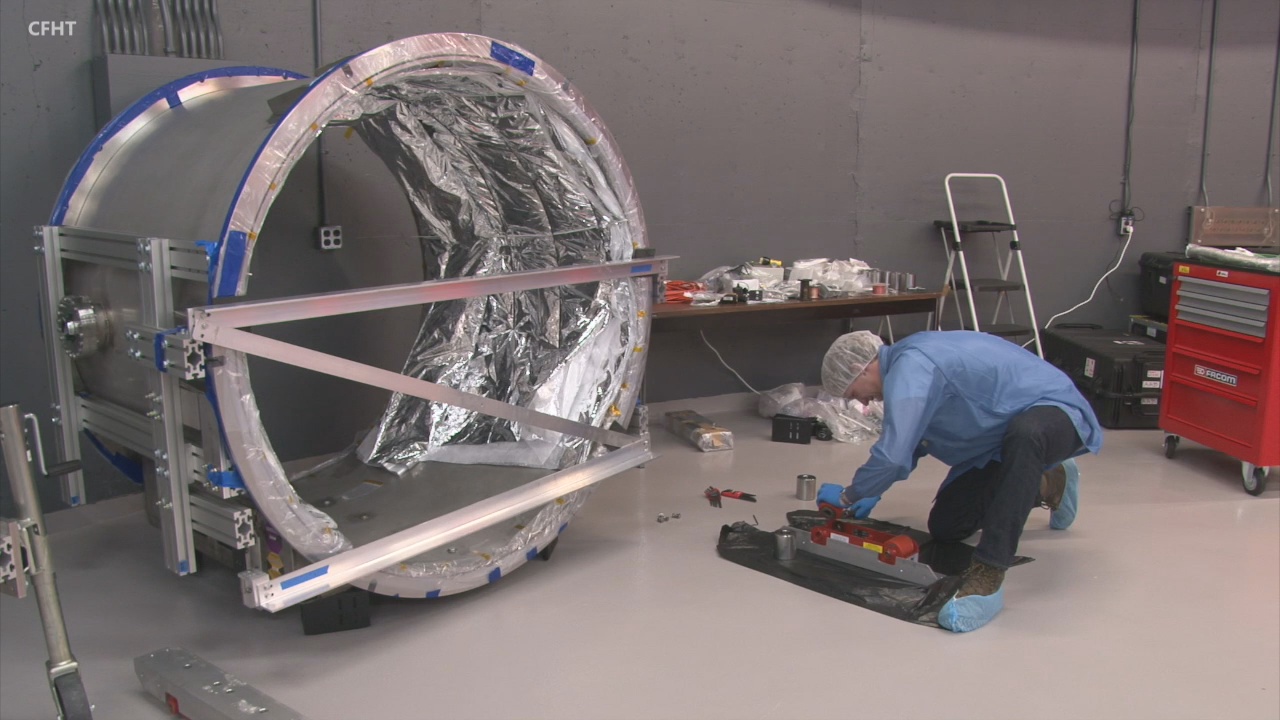 photo from video by Canada-France-Hawaii Telescope

(BIVN) – Astronomers are calling it “the most important delivery of the decade” at the Canada-France-Hawaii Telescope.

On January 26, during a small window between the snow flurries atop Mauna Kea, the observatory’s newest and most advanced instrument arrived. According to CFHT:

SPIRou (SpectroPolarimètre Infra-Rouge) belongs to the next generation of astronomy instruments with the goal to find Earth- like planets in the habitable zones of nearby red-dwarf stars. It is capable of detecting the tiny wiggle in a star, which indicates the presence of planets.

“SPIRou is a giant leap forward for the search for planets” says Claire Moutou, astronomer and SPIRou instrument scientist at CFHT, in a media release. “With its high precision and ability to look at infrared light, we will discover planets that were undiscoverable before. It’s very exciting.”

“The cameras on SPIRou are cutting edge technology” say Greg Barrick, project engineer for SPIRou at CFHT. “No one else on Earth right now has cameras that can make these measurements.”

SPIRou looks at the rainbow or spectra of nearby red-dwarf stars. These red dwarfs are very cool, roughly the temperature of a halogen bulb. To measure the spectra of the stars, SPIRou operates in the infrared, wavelengths of light longer than the red light humans can see with their eyes. As the planet orbits its star, the gravity of the planet pulls the star ever so slightly. SPIRou will detect these wiggles in a star that is being moved at a speed of 2.25 miles per hours by its orbiting planets.

SPIRou is now being unpacked and reassembled. It’s a delicate process that will take a couple of months. Once it is reassembled, the instrument will undergo testing in the lab and on the sky before being declared ready for science, astronomers say. CFHT anticipates SPIRou will see first light in spring 2018.