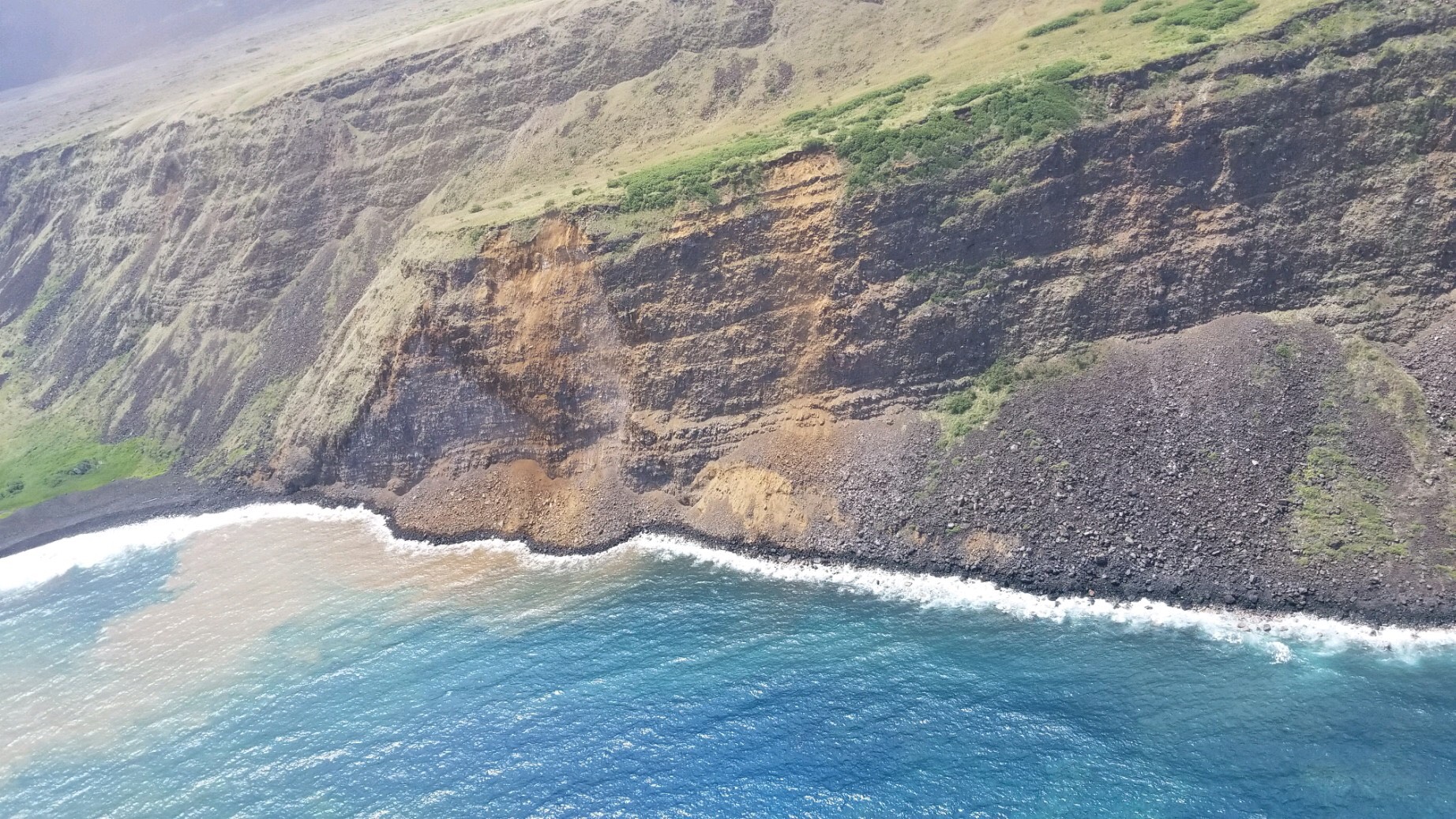 Hawai‘i Volcanoes National Park is evacuating all visitors and non-emergency staff today due to a series of strong and damaging earthquakes that continue to rock Kīlauea Volcano. The park – including the Kahuku Unit – will remain closed until it is deemed safe to reopen.

A magnitude-6.9 earthquake struck at 12:32 p.m. Friday, and caused violent shaking throughout the park. It triggered rock slides on park trails, crater walls, and along sections of Chain of Craters Road. A magnitude-5.4 earthquake an hour earlier caused a coastal cliff to collapse into the ocean near the Hōlei Sea Arch. Narrow fissures appeared in the ground at an overlook near Jaggar Museum, and throughout the day, rocks fell into the lava lake within Halema‘uma‘u Crater at the volcano’s summit, creating dark ash clouds.

There are no reported injuries at this time. A flurry of smaller earthquakes and aftershocks continue, and were recorded throughout the day.

“Safety is our main priority at Hawai‘i Volcanoes National Park, and it is currently not safe to be here,” said Park Superintendent Cindy Orlando. “We will monitor the situation closely, and reopen when it is safe to do so,” Orlando said.

Hikes were canceled and about 2,600 visitors are being evacuated from the park. Guests at Volcano House hotel and Kilauea Military Camp are being relocated. All non-emergency park employees were sent home.

According to the USGS Hawaiian Volcano Observatory, the active eruption outside the park in the Leilani Estates community continues. Rock falls and ash plumes at Pu‘u ‘Ō‘ō Crater were prompted by today’s earthquake sequence.

On April 30, the crater within Pu‘u ‘Ō‘ō vent on the volcano’s eastern flank collapsed, sending torrents of magma towards lower Puna communities. On May 3, lava erupted out of a fissure in the Leilani Estates neighborhood, which was evacuated by Hawai‘i County Civil Defense.

Hawai‘i Volcanoes National Park, a UNESCO World Heritage Site and International Biosphere Reserve, extends from sea level to 13,677 feet and encompasses the summits and rift zones of two of the world’s most active volcanoes, Kīlauea and Mauna Loa. Its 333,308 acres provide habitat for native plant and animal species. The Hawaiian culture is closely tied to this dynamic and ever-changing landscape. In 2017, more than two million visitors came to the park and spent $166 million in local communities which supported 2,020 jobs.