HAWAII ISLAND - The USGS Hawaiian Volcano Observatory gave an update an answered a few questions about the ongoing eruption of Kilauea during today's media conference call. 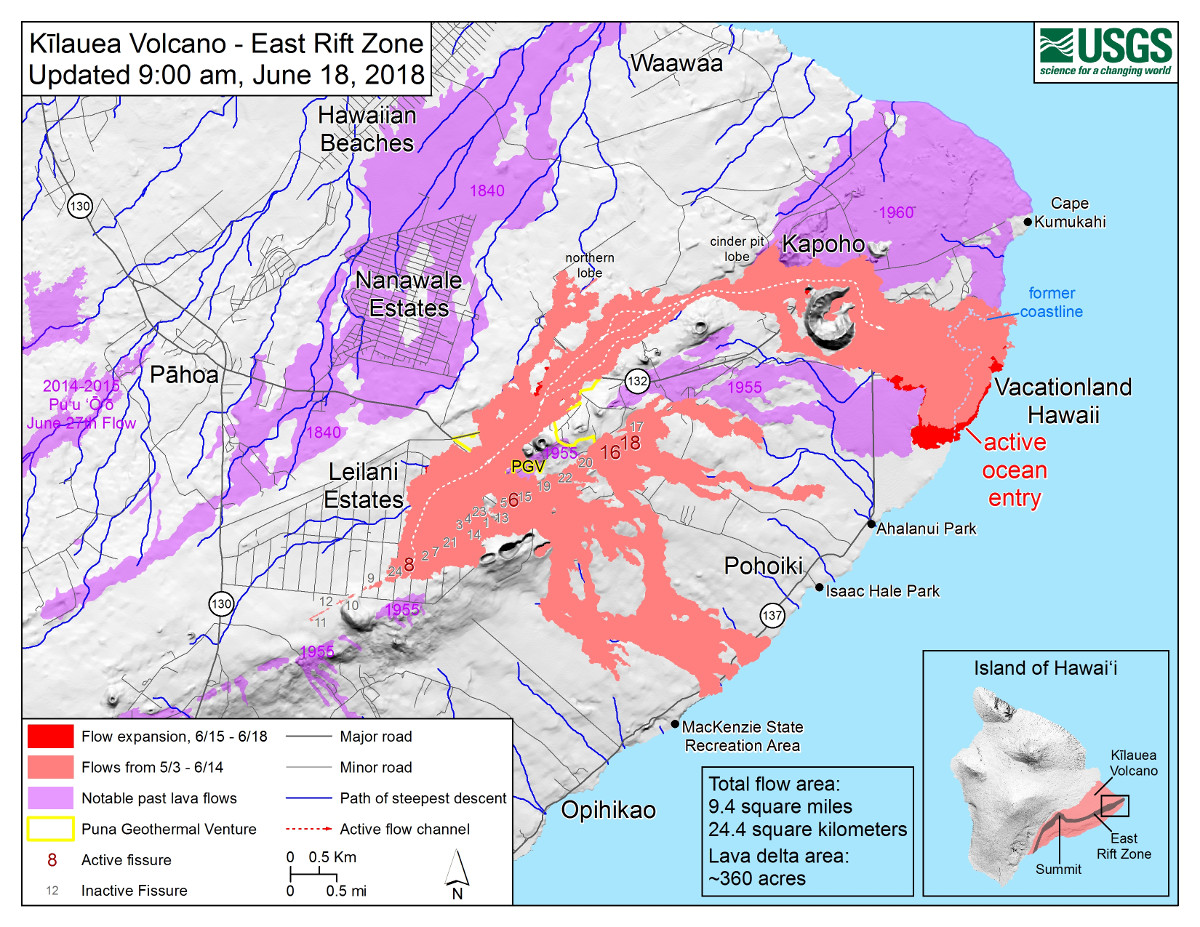 (BIVN) – Scientists answered questions about the ongoing slumping at the summit of Kialuea volcano, as well as the size of the growing lava delta at Kapoho, during a media conference call Monday.

Fissure 8 fountains, encircled by a spatter cone, continue to feed lava into the well-established channel that flows to the ocean at Kapoho. About midday, minor amounts of lava spilled over the channel levees but did not advance very far. The lava flow front is rather broad at the coast and lava is entering the ocean at a single point with an upwelling area offshore and with laze blown onshore. Fissures 16/18 continue to ooze lava and Fissure 6 shows some incandescence (visible in PGcam to the left of Fissure 8 most nights) and mild spattering. The flow field is relatively stable with little change to its size and shape for the past few days.

The USGS also had this update on the Kīlauea Volcano summit:

After this morning’s seismic event and gas emission, the number of earthquakes dropped abruptly and have been increasing through the day. Inward slumping of the rim and walls of Halemaʻumaʻu continues in response to ongoing subsidence at the summit.