HAWAII ISLAND - field crew report fluctuations in the channel level with spillovers occurring in the upper portion of the channel this morning. 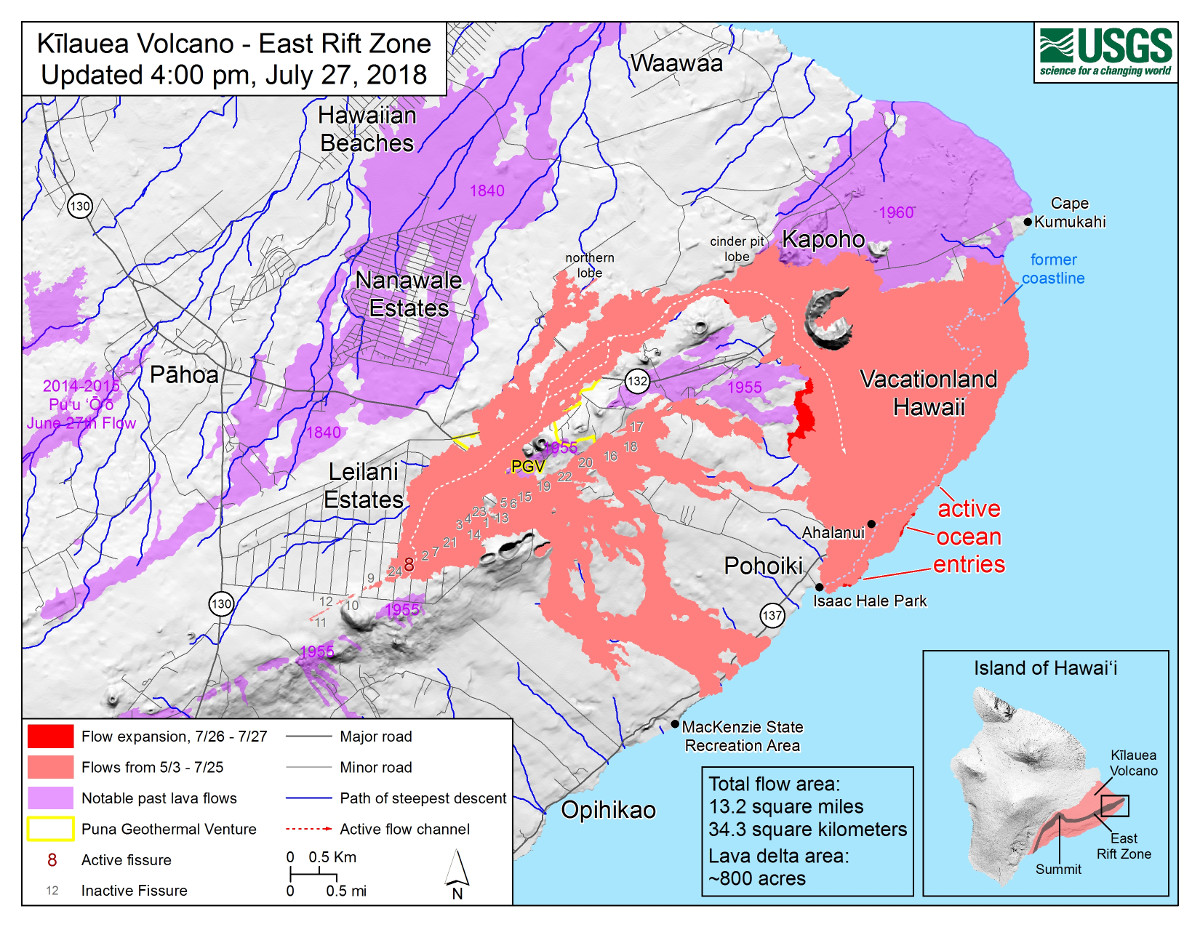 (BIVN) – Another surge in lava output appears to be occurring at Fissure 8 on the lower East Rift Zone of Kilauea Volcano, following another summit collapse event this morning.

The USGS Hawaiian Volcano Observatory says the collapse event occurred this morning at 2:37 a.m. HST. and was equivalent to a Magnitude 5.4, according to the Pacific Tsunami Warning Center.

“HVO field crew report fluctuations in the channel level with spillovers occurring in the upper portion of the channel this morning,” a 6 a.m. civil defense message stated.

As of yesterday’s overflight, the eastern margin of the flow near Pohoiki has not advanced southward and remains approximately 500 feet from the Pohoiki Boat Ramp at Isaac Hale Park, officials say. The surge in lava along the Fissure 8 channel may or may not change the situation downslope and observers will be watching it closely.

State Highways reports no new cracks on Highway 11, but request motorists between mile marker 28 and 32 stay on the pavement and be alert for changes in roadway conditions, civil defense says.

The Disaster Recovery Center, located at the Kea`au High School Gym is moving to the Pahoa Community Center beginning Monday, July 30. Hours of operations is 8 AM to 6 PM weekdays and 8 AM to 4 PM on Saturdays.