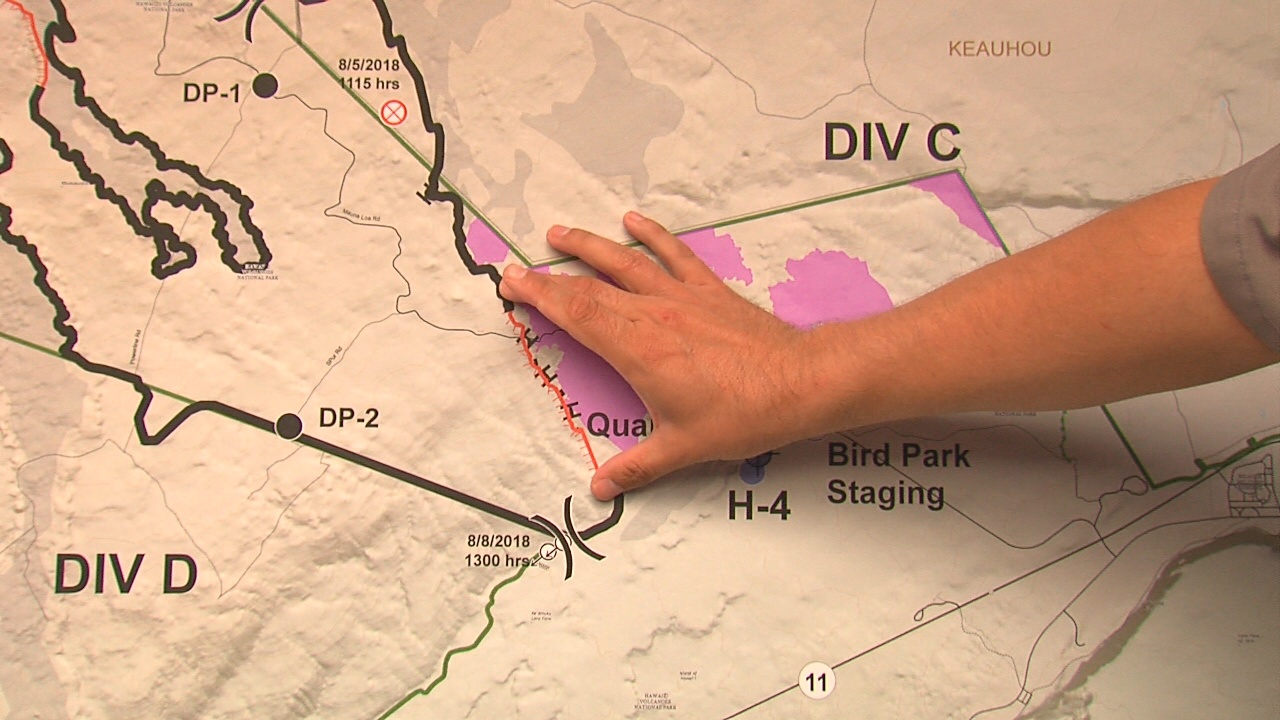 (BIVN) – As of Thursday, the brush fire burning on the slopes of Mauna Loa, mostly within Hawaiʻi Volcanoes National Park, was 90 percent contained, and holding at 3,739 acres.

On Friday, Mike Theune – the National Park Service’s Fire Information Officer – provided an update on the situation, using a map as a visual aid. Theune pointed out the effort to protect the Kīpukakī and Kīpukapuaulu Special Ecological Areas, cultural heritage areas and rare forest habitat for endangered species.

“With the cooler and wetter weather, firefighters are focusing on mop-up and patrol of firelines,” a recent National Park Service media release stated. “They are also starting the process of back-haul, returning equipment and supplies used on the fire, by strategically bringing those resources back to be cleaned and refurbished. Additionally, fire crews are working with park biologists along the park boundary to assess fences and to carefully fall a limited number of trees that became hazards from the fire. Together they are also analyzing any potential impacts from the fire suppression efforts such as bulldozer lines that were created to stop the spread of the fire.”

Mauna Loa Road and most of the park have been closed since May 11 due to hazardous seismic activity. This road will remain closed for and during restoration efforts once the fire is declared out.