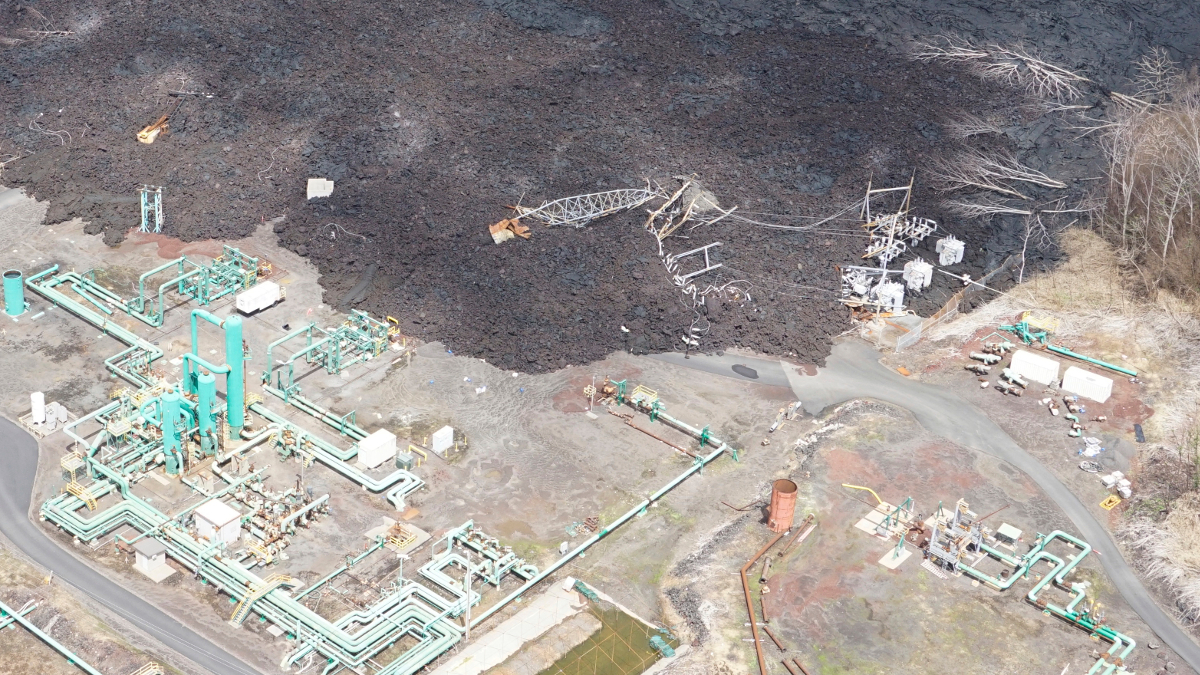 POHOʻIKI, Hawaiʻi - Mayor Kim thanked the geothermal company for its "donation of $150,000 to help the people affected by the Lower East Rift Zone eruption."

(BIVN) – Hawaiʻi County Mayor Harry Kim thanked Puna Geothermal Venture executives for a six-figure donation, a short time before the company was granted permission to cut an access road over the inactive lava channel that isolated the company’s power plant during the summer eruption of Kīlauea Volcano.

In a November 26 letter to Mike Kaleikini, the Senior Director of Hawaiʻi Affairs for PGV’s parent company, Ormat, Mayor Kim expressed gratitude for the “generous donation of $150,000 to help the people affected by the Lower East Rift Zone eruption.”

“This wonderfully meaningful gesture will go a long way toward supporting the County’s efforts to mitigate the arduous ordeal suffered by so many of our neighbors in the Puna community,” Kim wrote in the letter that was only recently posted to the county website. “It is especially meaningful because your company, Puna Geothermal Venture suffered alongside everyone in the eruption zone.”

The lower East Rift Zone eruption of Kīlauea began on May 3, 2018 and forced Puna Geothermal to shut down. For several dramatic weeks, lava threatened to inundate the power plant, and officials scrambled to prevent a potential catastrophic interaction between the volcanic activity and the resource wells at the industrial facility. PGV has been offline ever since.

“I want to take this opportunity to thank you personally for being there with our first responders at Civil Defense day in and day out during the four-month emergency. Your presence was extremely helpful; it showed your spirit of solidarity with everyone involved,” the mayor wrote.

On December 6, Kim signed a Sixth Supplementary Emergency Proclamation, lifting a set of lava-related prohibitions and allowing private lot owners to make “limited restorative physical modifications to the lava flow field surface on their private lot as authorized.” Puna Geothermal Venture was given approval to start work on an access road.

Work on cutting a “pioneer road” over the large lava channel was completed on December 14, the Hawaiʻi Tribune-Herald reported.

Contacted by phone before the Christmas holiday, Kaleikini told Big Island Video News he would have an update after the holiday.