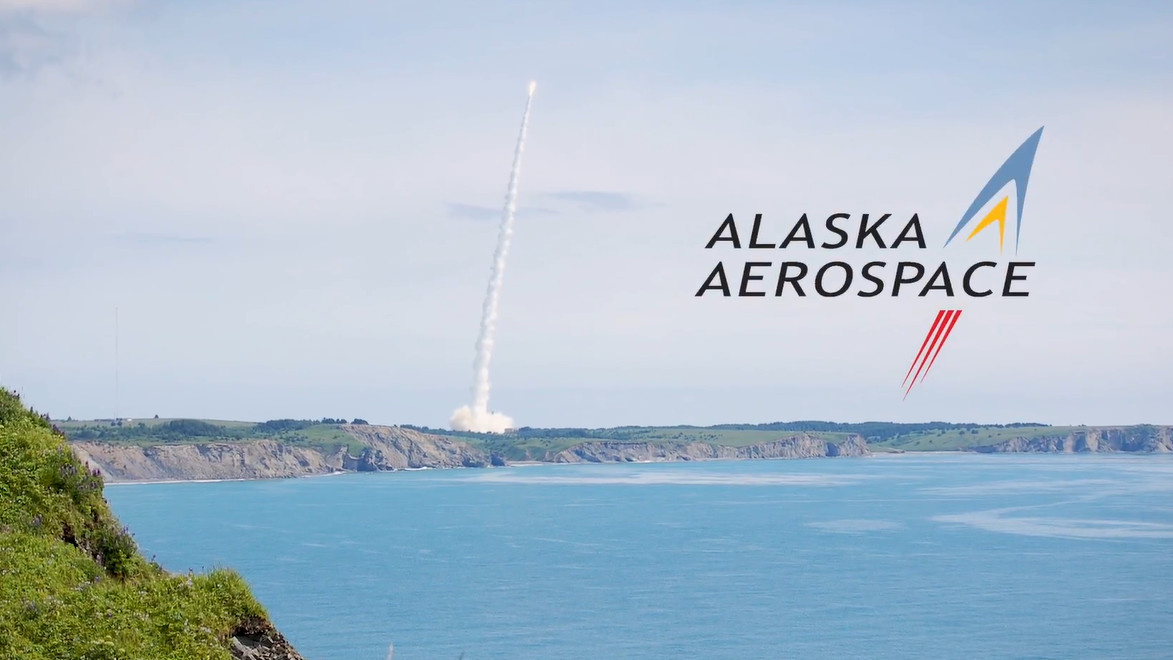 image from Alaska Aerospace "Idea To Orbit" video on YouTube

EAST HAWAIʻI - The Alaska Aerospace Corporation is considering developing a commercial spaceport on the Island of Hawaiʻi, possibly in the Keaʻau area.

(BIVN) – An Alaska-based corporation is looking to site a commercial spaceport in East Hawaiʻi, although Hawaiʻi County Mayor Harry Kim is advising that consideration and engagement should be targeted with the residents living in the area.

In November, the Alaska Aerospace Corporation sent county officials a notice of pre-assessment consultation for the construction and operation of the proposed Pacific Spaceport Complex-Hawaii, or PSCH. In a response letter dated November 27, Mayor Kim said the County “encourages the identification of opportunities to build upon a fully integrated economy that benefits a diversity of local businesses, residents and the environment,” however he added that “a full and careful review of its impact to this community is required.”

“A full discussion of the size, activities, specific type of payloads including any payloads that would serve as a red flag such as nuclear fuels, wastes or related component parts,” Mayor Kim wrote. “Careful consideration and engagement should be targeted with the residents of East Hawaiʻi and in particular residents of the Panaewa Homesteads as to any potential impacts and planned mitigation actions. Discussion should include noise, lights, safe disposal of any by-products, handling and spills associated with rocket fuels and/or hazardous waste and accompanying robust mitigation strategies.”

Mayor Kim also said construction impacts for such a facility should be considered, as well as potential impacts on local businesses and government resources, “including adjacent visitor destinations, agricultural and fisheries operations and valued astronomy facilities atop Mauna Kea.”

“Impact and mitigation strategies may also include the growing amount of trash accumulating in space including that within Earth’s orbit,” Kim wrote.

In a December 27 email response to an inquiry by Big Island Video News, Alaska Aerospace president Mark D. Lester confirmed they are “at the initial stages of considering a commercial spaceport for the Island of Hawaii—Keaʻau area,” and that the “facility will support low-inclination and equatorial launches of small rockets placing small satellites into orbit.”

More than half the small satellite demand requires equatorial launch capability, an Alaska Aerospace document states, and launches from Pacific Spaceport Complex-Alaska cannot launch into equatorial orbit due to the high latitude of facility. That makes Hawaiʻi a desired location.

Not much is known about the project within the local community. However, records indicate the discussion has been ongoing for at least a few years.

In January 2016, KHON2 News reported that a commercial launch site was being considered on private land near the “Mauna Loa Macadamia Nut farms in Hilo”.

According to a 2017 travel expense report, Alaska Aerospace Corp. executives met with the “East Hawaiʻi launch site planning team and consultant” in Honolulu and Hilo between May 8 and May 11, 2017. The report also shows an FAA East Hawaiʻi environmental kick-off meeting was held in June of that year. In October 2017, executives participated in a University of Hawaiʻi 2017 Future Focus forum and visited the Hilo launch site.

An AAC 2017 Year In Review document talks about the potential East Hawaiʻi location:

In support of the East Hawaii location, Alaska Aerospace is teamed with the University of Hawaii, Spaceflight Laboratory; the Hawaii Island Economic Development Board, and the Pacific International Space Center for Exploration Systems (PISCES) in evaluating the potential for development of a launch facility that could support both liquid and solid fuel small and ultra-small commercial launch vehicles. The Hawaii Legislature appropriated $250,000 in SFY 2018 to support the evaluation of a potential location in East Hawaii for a small lift facility. By mid-year, an environmental firm was selected and the formal Federal Aviation Administration (FAA) Environmental Assessment (EA) process was initiated. Alaska Aerospace is supporting the project by providing engineering design and technical support in facility layout for the EA. Alaska Aerospace will also be responsible for applying to the FAA for the commercial spaceport site operator license under FAA Application Procedures described in 14 CFR Part 420, should the environmental process advance successfully.

Minutes from a February 2018 meeting of the Alaska Aerospace Corp. Board of Directors show that earlier this year, East Hawaiʻi and a location in Saipan were both under consideration as a possible equitorial launch site. At that time, minutes say, “it appeared as if Saipan was going to be the better choice, they could build fast and meet the emerging market. Hawaii has a better industrial base and is closer to the mainland. Although Hawaii is great, it may not happen. That was confirmed when the Hawaii legislature was asked to appropriate $100K for a site evaluation and they removed it from the budget last year.”

According to the February minutes, the University of Hawaiʻi was “moving forward with an environmental assessment of the proposed site. AAC is an advisor on the technical aspects. Hawaii money, not Alaska Aerospace money is being used to fund the Environmental Assessment. UH Space Flight Laboratory hired KFS, an environmental firm from Huntsville, AL, as they have done a number of environmental projects at Pacific Missile Range Facility (PMRF) in Hawaii and are familiar with rocket launch issues.”

The minutes say a Kick-Off Meeting and Public Scoping Meetings were conducted January 15 and 16 in Hilo. “We expect the first public meeting in April,” the minutes stated. “AAC will be the operator of the Hawaii spaceport and will secure the spaceport license and market both the Alaska and Hawaii locations as ʻPacific Spaceport Complexʻ with two launch locations, one equatorial and one polar. There will be more polar requirements for the small satellites than equatorial. If a company like Rocket Lab has a site in New Zealand but they also need equatorial and the US Government wants to do it – they could bring their polar and equatorial needs to Alaska and Hawaii. The market value is to capture those that would probably be split between two different companies, two different locations, two different procedures, two different contracts.”

By June of 2018, minutes show, a launch site design was submitted for the Environmental Assessment, and “the development team has designed the site for two separate launch pads within the desired 15 acres for both liquid and solid propellants.”

In the minutes from the September 2018 Board of Directors meeting, it was stated that the Alaska Aerospace Corporation “continues to work with KFS on the Environmental Assessment submittal and public hearings. AAC will initiate the FAA Launch Site Operators License process after the public scoping process provides assurances that the site is viable for development.”

Space launch proposals have not been well received by the residents of Hawaiʻi Island over the years. Most recently, the experimental SpinLaunch, Inc. satellite launch system – which considered a possible spot near Pohue Bay in the Ka‘u District – got slammed during a heated public meeting held to share information on the project.