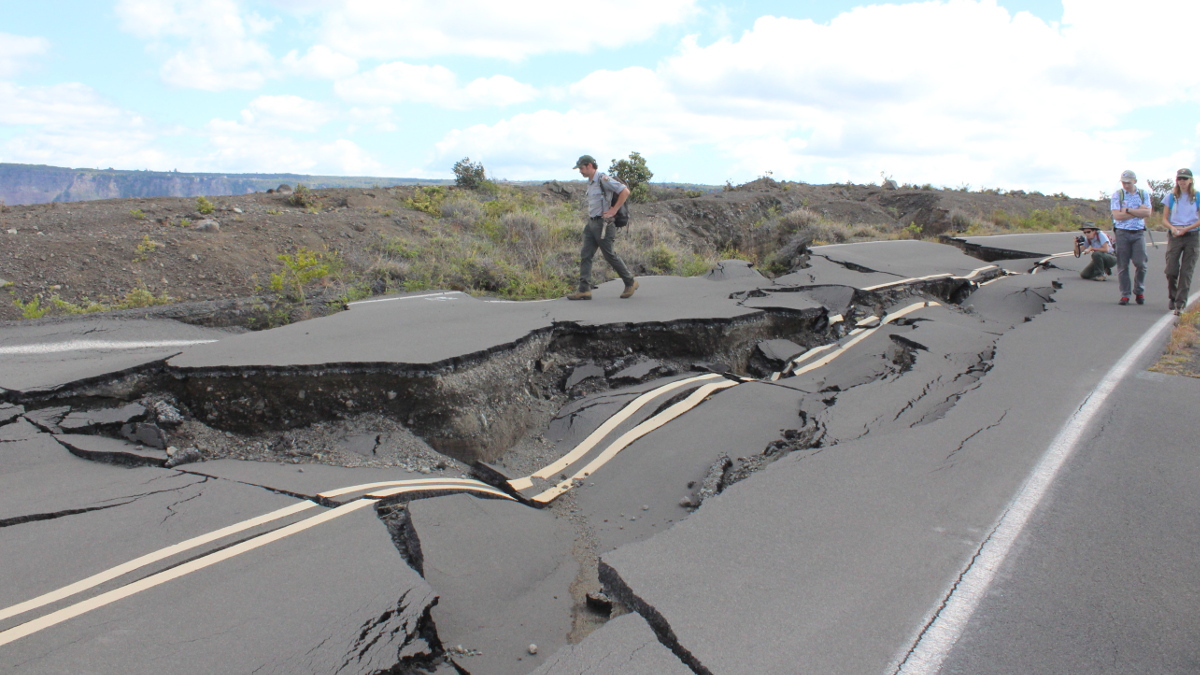 HAWAIʻI ISLAND - Three public talks will be held over the coming weeks, providing a look back at the dramatic 2018 eruption of Kīlauea Volcano. 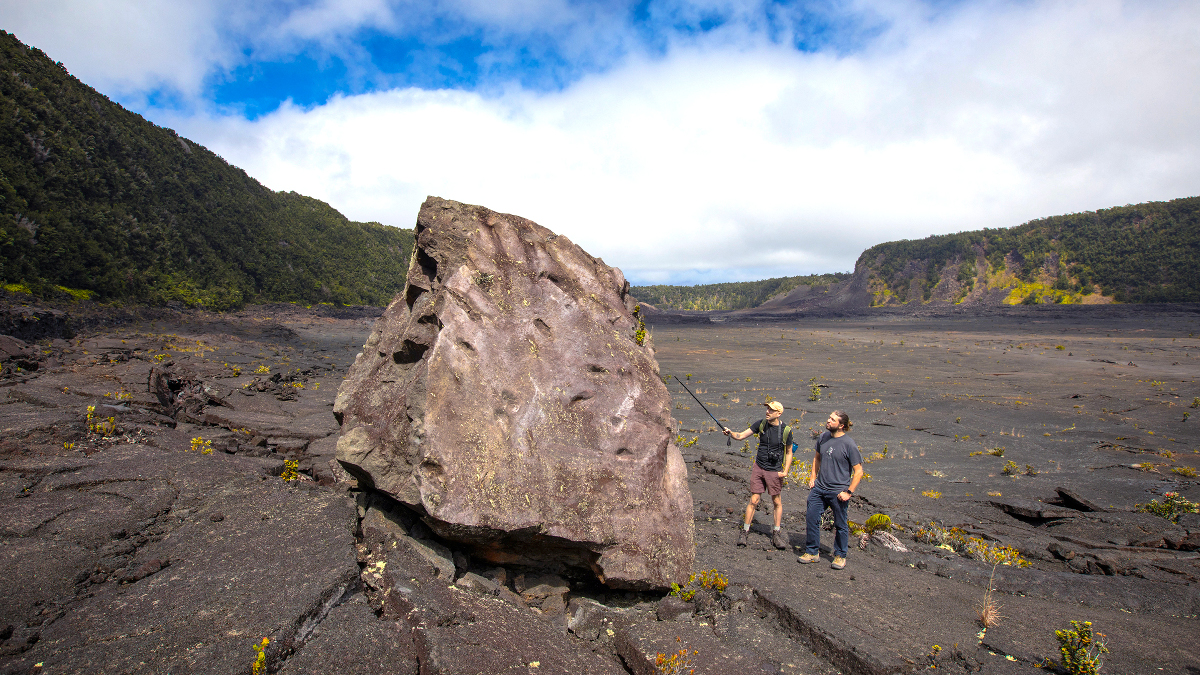 Hikers marvel at the largest of the boulders that destroyed sections of Kīlauea Iki Trail and crashed onto the crater floor after earthquakes dislodged them near the rim in the fall of 2018. NPS Photo/Janice Wei.

(BIVN) – Geologists and National Park personnel are taking a look back, as the one year anniversary of Kīlauea Volcano’s lower East Rift Zone eruption and summit collapse is nearly upon us.

Three public presentations will be given by the USGS Hawaiian Volcano Observatory and Hawaiʻi Volcanoes National Park. The free events will provide an opportunity for residents to get a retrospective of the volcanic event that began on May 3, 2018.

A similar retrospective was originally planned for January’s Volcano Awareness Month talks, which were cancelled due to the partial shutdown of the federal government that sidelined the USGS / National Park talks.

The first two talks are being delivered by the USGS HVO.

On Tuesday, April 23, “Kīlauea Volcano’s 2018 lower East Rift Zone eruption” will be the subject of the After Dark in the Park special speaker presentation, starting at 7 p.m. at the Kīlauea Visitor Center Auditorium.

According to the promotional materials for the talk:

Kīlauea Volcano’s long-lasting East Rift Zone eruption changed abruptly when the Puʻu ʻŌʻō crater floor collapsed on April 30, 2018, followed by an intrusion of magma downrift. On May 3, lava erupted in the Leilani Estates subdivision; within two weeks, 24 fissures had opened along a 4.2-mile-long segment of the lower East Rift Zone. Fissure 8 soon became the dominant vent, erupting a fast-moving channelized lava flow that reached the ocean, burying 13.7 square miles of land and destroying over 700 structures along the way. Join USGS Hawaiian Volcano Observatory geologist Carolyn Parcheta as she recounts the progression of this dramatic eruption and shares her experiences monitoring it in this “After Dark in the Park” program. 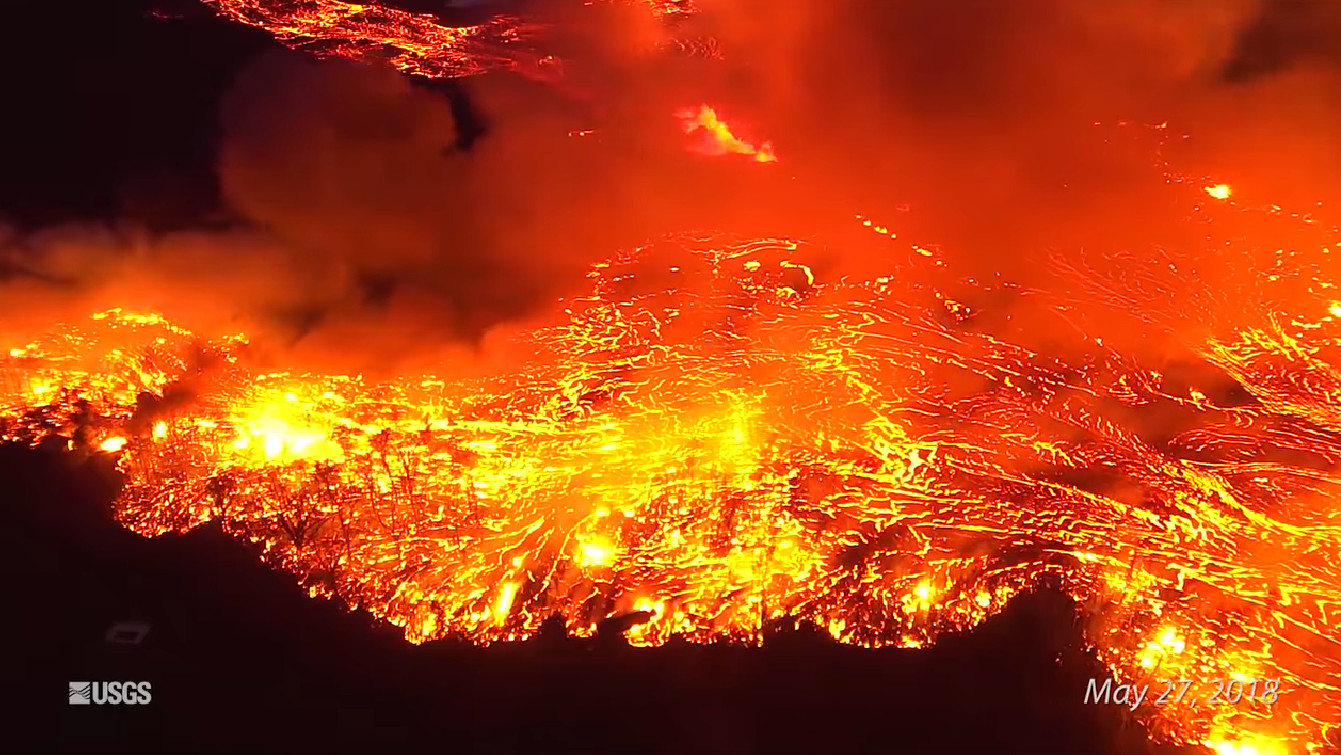 Then, an “Overview of Kīlauea Volcano’s 2018 events” will be presented on Thursday, May 2, at 7 p.m. at the University of Hawaiʻi at Hilo classroom building Room 100.

According to the USGS HVO:

In 2018, the largest flank eruption and caldera collapse in at least 200 years occurred on Kīlauea Volcano. It began on May 3, when a fissure erupted in Hawaiʻi Island’s lower Puna District. In all, 24 fissures eventually erupted along a 4.2-mile-long segment of Kīlauea’s lower East Rift Zone (LERZ). Fissure 8 became the dominant vent, erupting a voluminous lava flow that reached the ocean, destroying over 700 structures along the way. As magma drained from the summit reservoir to feed the lava flow, parts of Kīlauea’s summit caldera collapsed, by more than 1600 feet in places, accompanied by dozens of earthquakes each day. In early August 2018, the summit subsidence and earthquakes abruptly ended, and the LERZ lava effusion declined until September 5, when active lava was no longer observed at fissure 8. USGS Hawaiian Volcano Observatory scientist Ingrid Johanson presents an overview of this summer’s unprecedented events on Kīlauea, including how tilt data, GPS, and satellite radar helped scientists understand what was happening in 2018 and what the volcano is doing now. 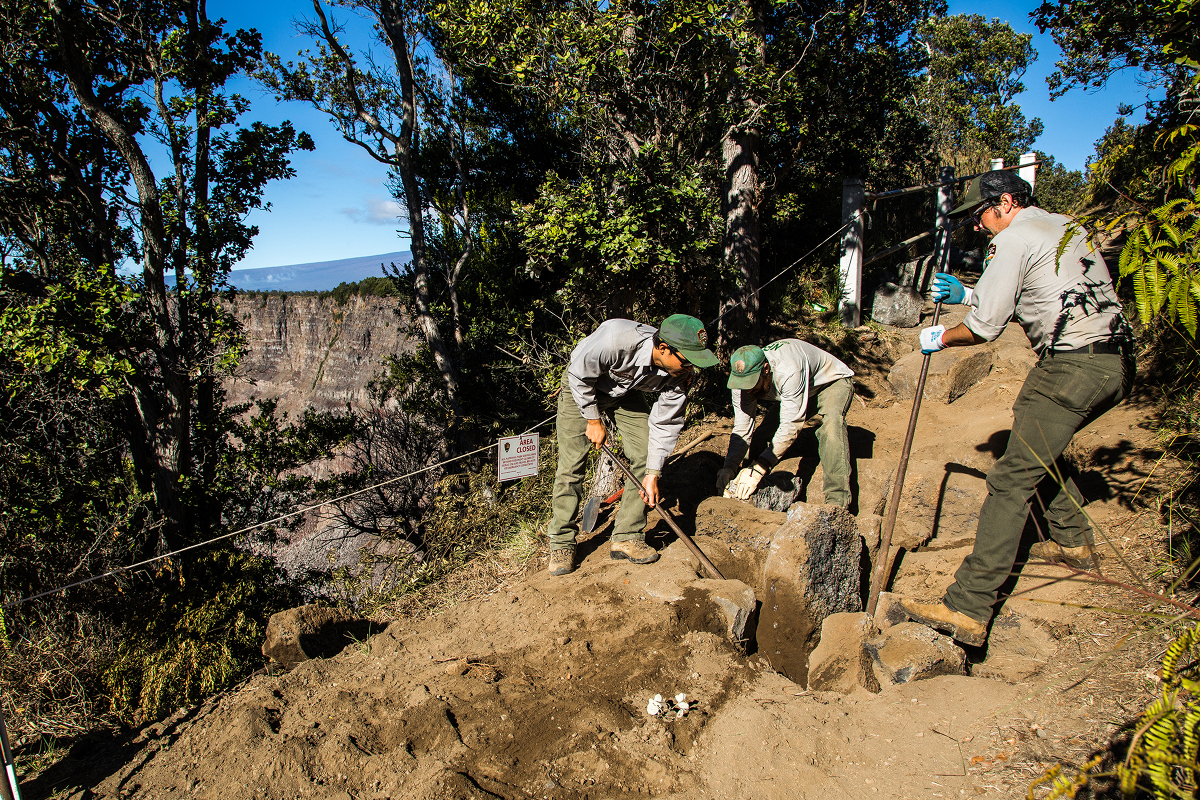 Hawaiʻi Volcanoes National Park is set to give its own After Dark presentation on Thursday, May 9, as park managers recap the successes, and work ahead, a year after Kīlauea caldera’s summit collapse.

This National Park Service media release has more about the talk:

As the anniversary of the 2018 Kīlauea eruption nears, staff at Hawai‘i Volcanoes National Park continue efforts to repair and reopen trails and roads, assess and monitor unsafe areas, and welcome the public back to a landscape forever changed by last year’s epic volcanic activity.

Members of the park’s management team will share successes and challenges on the “Road to Recovery: One Year Later,” a special After Dark in the Park presentation on Thursday, May 9 at 7 p.m. in the newly upgraded Kīlauea Visitor Center auditorium. The event is free, but park entrance fees apply.

The historic Kīlauea eruption and caldera collapse of 2018 resulted in most of the park closing for 134 days last year due to unsafe, unpredictable and unprecedented eruptive activity at the volcano’s summit. A hurricane, two tropical storms and a wildfire on Mauna Loa added to the intensity of an unforgettable year, but park rangers continued to serve the public at locations outside the park, protect natural and cultural resources, and expand hours at the park’s Kahuku Unit. Most of Hawai‘i Volcanoes is now open, including two-thirds of the popular Kīlauea Iki Trail, but some areas remain closed for safety.

“We invite our community to hear first-hand how we managed the extraordinary challenges this eruption created, and what we face moving ahead,” said Acting Superintendent Rhonda Loh. “The presentation will be about a half hour, and we welcome questions afterward,” Loh said.

Until 2018, Kīlauea erupted almost nonstop from two locations within Hawai‘i Volcanoes National Park: from the remote Pu‘u ‘Ō‘ō vent in the East Rift Zone since 1983, and from its summit crater, Halema‘uma‘u, since 2008. Pu‘u ‘Ō‘ō was renowned for producing surface lava that periodically streamed into the ocean, while Halema‘uma‘u hosted a dazzling lake of lava for nearly 10 years with glowing lava often visible from vantage points along the caldera rim. Many native Hawaiians consider Halema‘uma‘u the home of Pele, the Hawaiian volcano deity, and the entire summit area is one of the most sacred areas in all of Hawai‘i.

On April 30, 2018, the floor of Pu‘u ‘Ō‘ō vent collapsed, followed by earthquakes (including a magnitude 6.9 on May 4) and movement of molten rock towards the lower Puna community. More than 700 homes were destroyed by lava, and more than 2,000 people were displaced. At the summit, lava disappeared from Halema‘uma‘u, and 60,000 or so earthquakes damaged park buildings, roads, trails, water systems and other infrastructure through the summer. Most of the park closed May 11, 2018 to Sept. 22, 2018. Currently, Kīlauea is not erupting, and there is no molten lava on the surface, but the volcano remains active and is closely monitored by scientists.