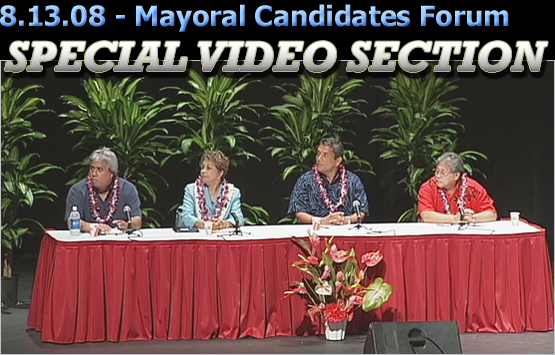 Note: Candidates who were not asked to be a part of the forum: Joseph Barrozo, Sam Masilamoney, Jasper Moore and Randy Riley.