As the site preparation for the construction of the Thirty Meter Telescope gets underway, the opposition to the $1.3 billion observatory has taken to Mauna Kea.

MAUNA KEA – As the site preparation for the construction of the Thirty Meter Telescope gets underway, the opposition to the $1.3 billion observatory has taken to Mauna Kea.

After a weather delay, the heavy machinery has been transported to the northern plateau of the mountain this week. A small group followed in protest. 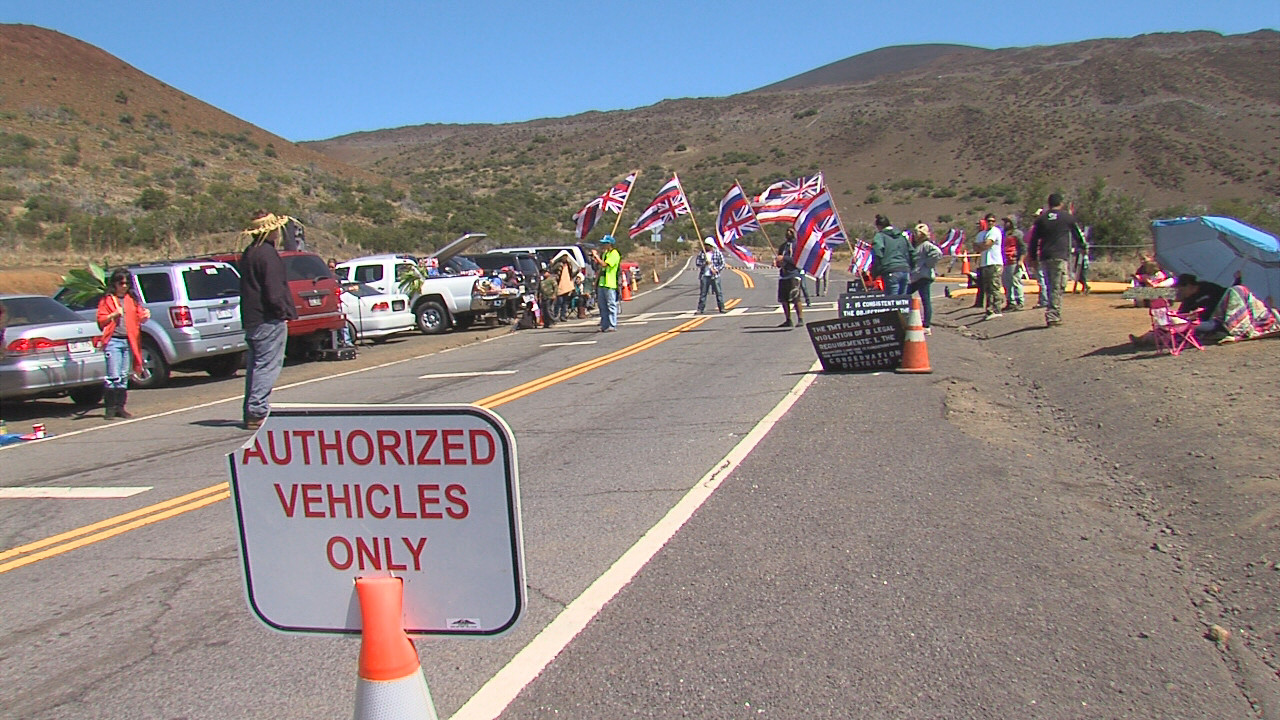 On Thursday, during the state’s Prince Kuhio Day holiday, the size of that group grew larger. When Big Island Video News arrived at Hale Pohaku to film, the group had surrounded the Mauna Kea Access Road by the visitor center, holding kapu aloha. Vehicles driving through were questioned as to the intention of their visit. Although the road was blocked, the vehicles were being allowed to pass. There was no showdown with TMT construction crews, because work was postponed in observance of the holiday.

We interviewed Lanakila Mangauil during the action. Mangauil explained the situation to every summit-bound visitor he spoke to.

Participants in the demonstration say they will maintain a presence on the mountain over the next few weeks (at least) as construction of TMT gets underway.

Big Island Video News will soon feature a lengthy interview with Lanakila Mangauil detailing his stand against the construction of the observatory. 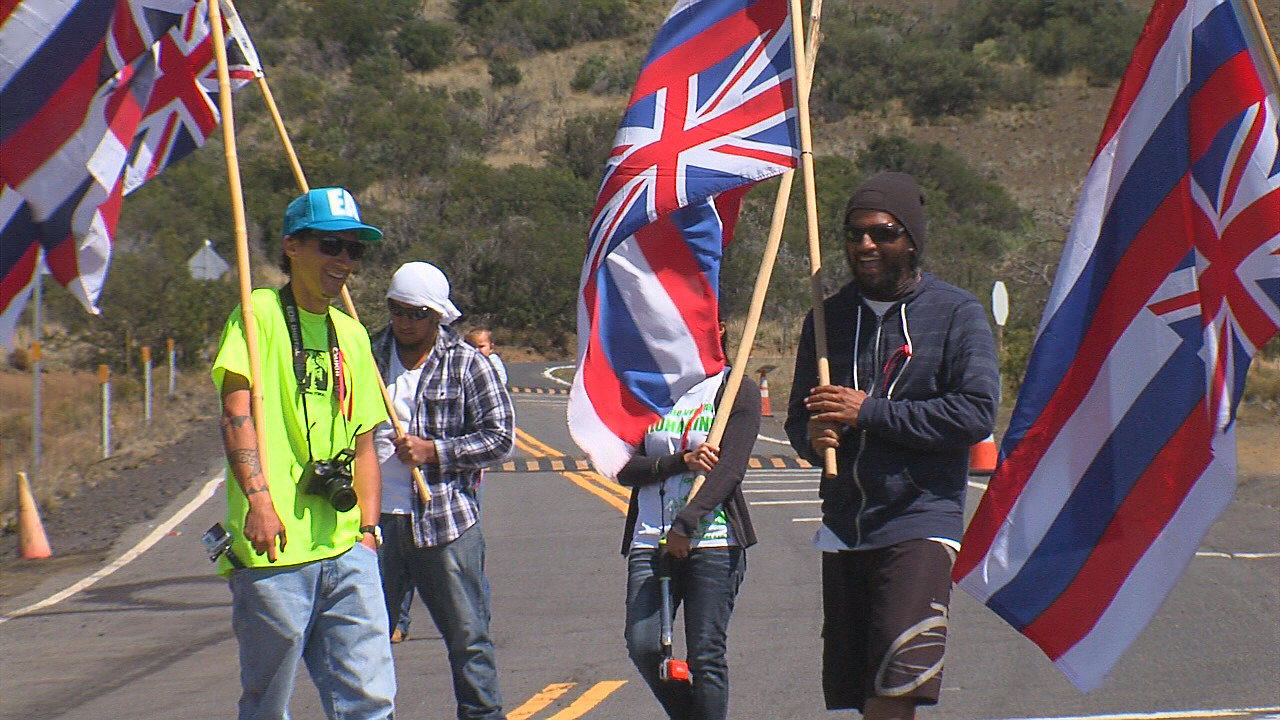