A rockfall from the wall of Halemaʻumaʻu Crater triggering an explosion at the lava lake at the summit of Kilauea volcano on Tuesday.

HAWAII VOLCANOES NATIONAL PARK – A rockfall from the wall of Halemaʻumaʻu Crater triggering an explosion at the lava lake at the summit of Kilauea volcano on Tuesday. The explosive event occurred around 10:20 a.m., and hurled large fragments of molten lava onto the rim of Halemaʻumaʻu Crater, 280 feet above the lake.

No one was reported injured. The USGS Hawaiian Volcano Observatory says these incidents pose a significant hazard, and are one reason the Halemaʻumaʻu visitor overlook remains closed. 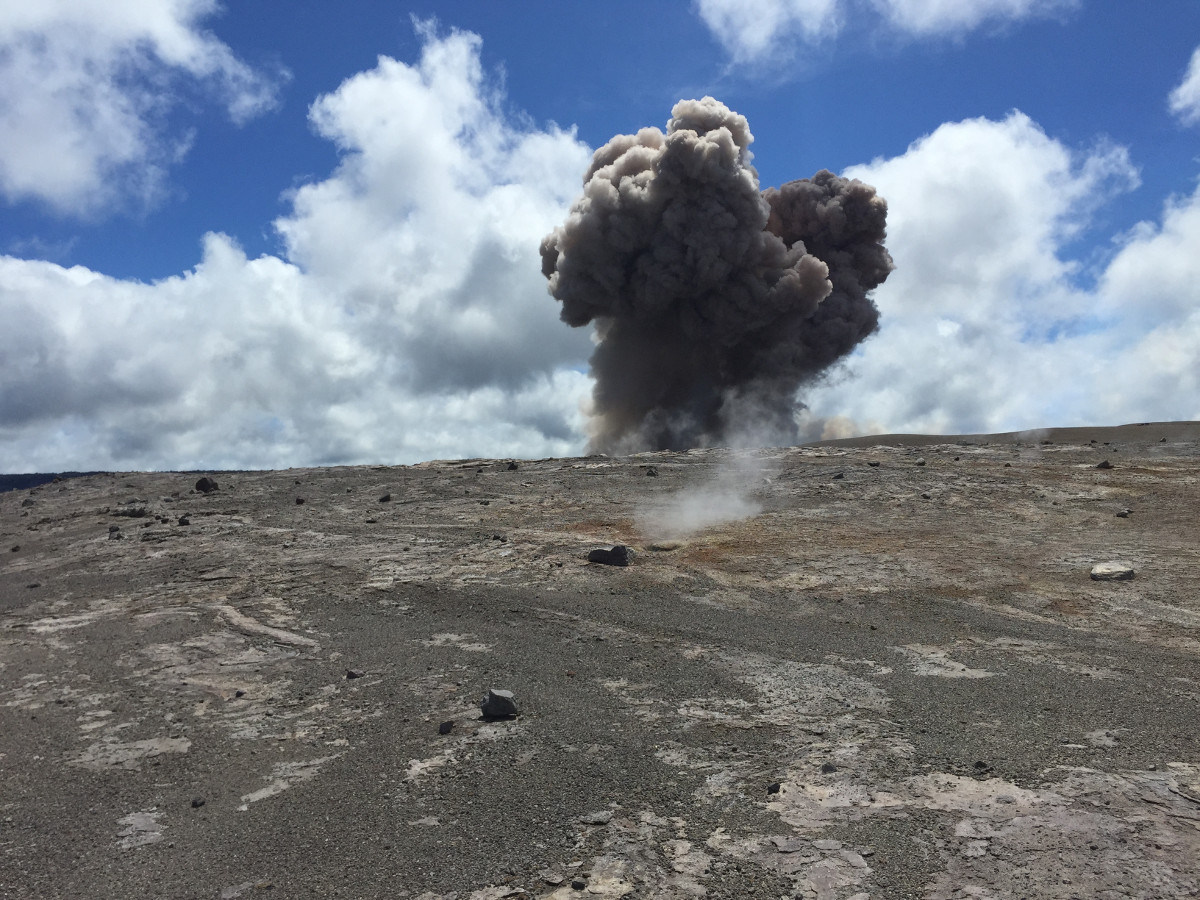 HVO geologists working on the far side of the crater captured the initial moments of the plume rising. (USGS photo)

According to scientists, the spatter hit the ground in a semi-fluid state, deforming on impact. 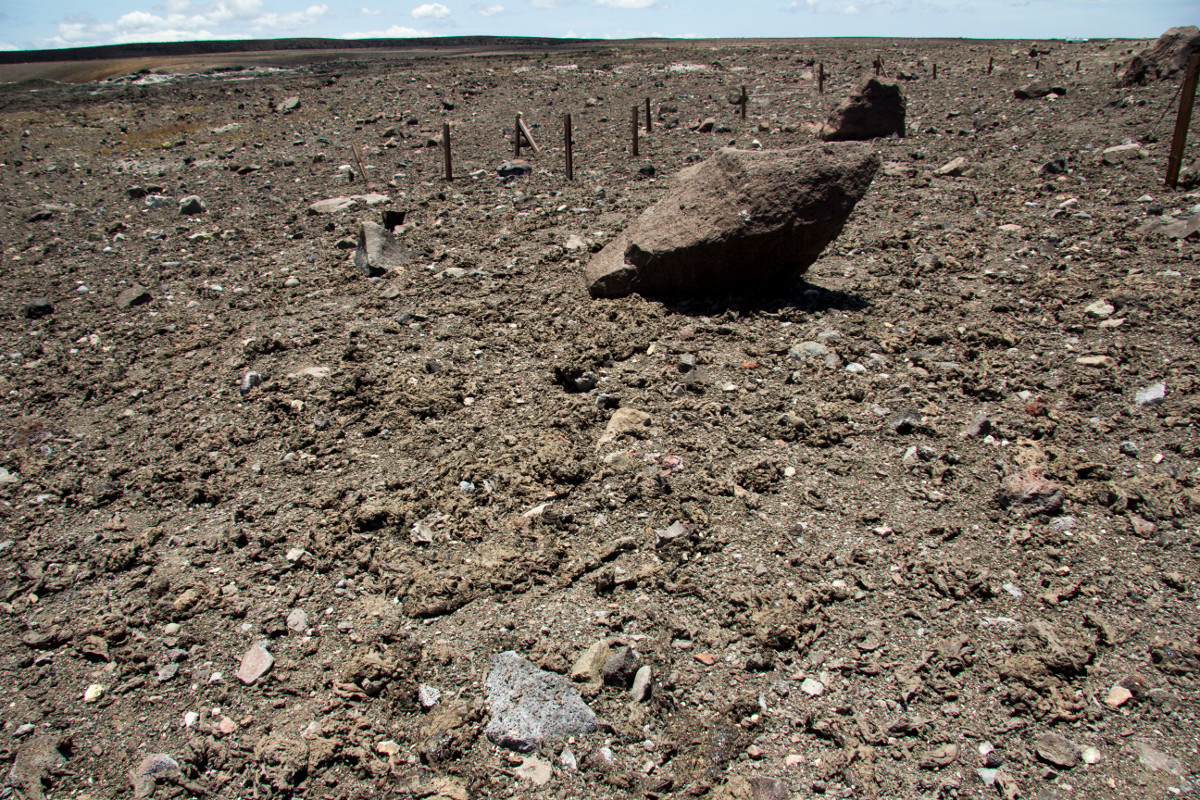 A closer look at the Halemaʻumaʻu Crater overlook. The large boulders were ejected during the 1924 explosion, but today’s explosive event carpeted the ground with many large pieces of brown spatter. (USGS photo)

Gas in the lava lake was rapidly released during the 10:20 am explosive event, scientists say, causing the lava lake surface to drop a few yards. 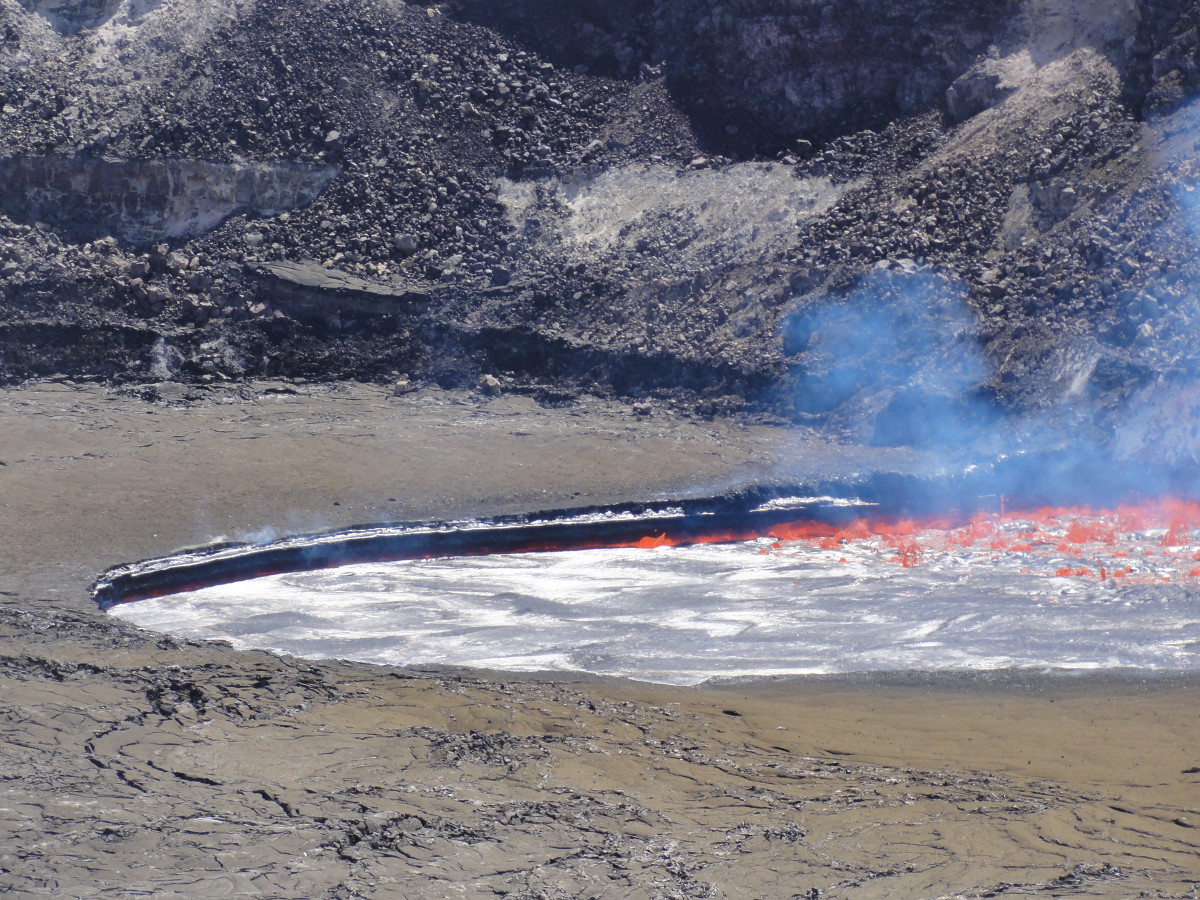 This photo was taken moments after the explosive event, and shows the overhanging ledge of lava along the rim that was exposed as the lava level dropped. (USGS photo)