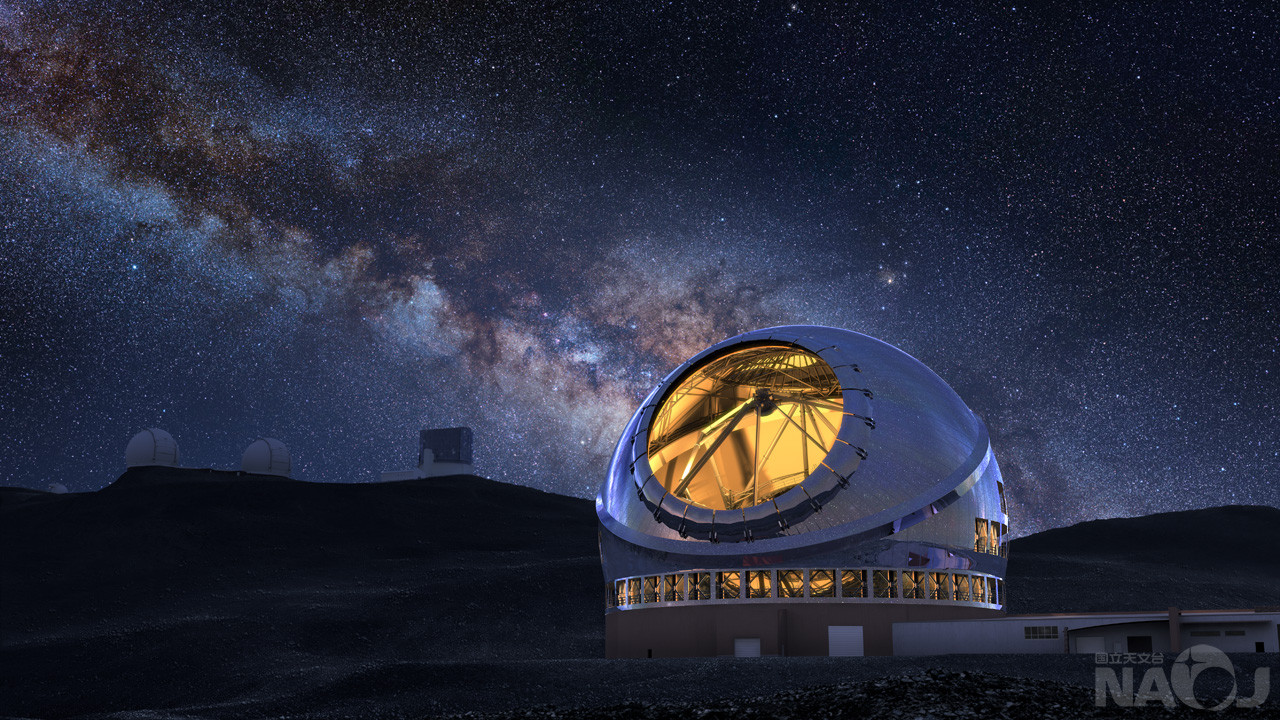 MAUNA KEA (BIVN) - Petitioners opposed to the Thirty Meter Telescope say the motions to intervene in the upcoming contested case hearing made by TMT and PUEO should be denied. The University of Hawaii counters in support.

HILO, Hawaii – Petitioners say the Thirty Meter Telescope, as well as the newly incorporated PUEO group, should not be allowed to intervene in the upcoming contested case hearing.

In two memorandums posted to the state’s website on Tuesday, attorney Richard Wuderman lays out his argument on behalf of his clients who oppose the permit for TMT to be built on Mauna Kea.

Carlsmith Ball LLC attorneys representing the University of Hawaii-Hilo disagree. The back and forth offers a taste of what might be coming at the June 17 hearing in Hilo to consider motions, applications and/or requests for admission or intervention as a party in the upcoming contested case.

Despite the petitioners’ objections, the state granted the University of Hawaii a conservation district use permit for land near the summit area of Mauna Kea, for which the TMT was given a sublease. The $1.4 billion project was given the green light to begin construction in 2015. In March of that year, opposition began blocking TMT on the Mauna Kea Access Road, leading to numerous arrests as police tried to clear the way on behalf of the construction crews. In December 2015 the Hawaii Supreme Court halted the construction and vacated the permit. The high court found that the state did not follow proper procedure in awarding the permit to the university.

The matter was remanded back to the land board, which opted to try again with another contested case hearing. A hearing officer was named – Retired Judge Riki May Amano – and at the close of the intervention period on May 31, 2016, thirty-two individuals and/or organizations had submitted requests to intervene in the proceeding. That includes TMT and PUEO – or Perpetuating Unique Educational Opportunities, Inc.

Wuderman argues that the TMT International Observatory, LLC did not make a timely request to intervene, and that the “legality of TMT’s alleged property rights have not been resolved and determined and its claim of having an alleged property interest is premature”.

To date, the BLNR has inexplicably refused to comply with the Third Circuit’s Order for Remand, filed April 5, 2016, an Order and determinations in compliance of which completely undermine TMT’s instant request in being admitted as a party in these proceedings because of a so-called “property interest.” This disregard of the Honorable Judge Greg K. Nakamura’s Order amounts to contempt of court by the BLNR and such contemptuous actions by the Board should not and cannot be tolerated in these proceedings. Without these issues being first resolved, the legality of the Sublease is still at issue and must be determined as ordered by the Third Circuit Court. The alleged claim of a property interest is premature and undetermined and it lacks a legal basis

TIO meets the standard for mandatory inclusion under HAR § 13-1-31(b), as it has a property interest in land at issue in these proceedings as a result of its Sublease for that land, and its Scientific Cooperation Agreement with the University. TIO Mem. in Supp. at 1, 3-5. Moreover, as the developer of the Thirty-Meter Telescope Project, (“Project”) TIO will be directly and immediately affected by the outcome of this proceeding in a manner that is clearly distinguishable from the public. Id. at 1, 6. Accordingly, TIO satisfies the requirements for mandatory admission to this proceeding as a party.

Alternatively, TIO also meets the standard for discretionary or permissive admission under HAR § 13-1-31(c) because: (1) as the developer of the Project and the sublessee of that portion of land upon which the Project is proposed to be constructed, TIO has a substantial interest in the outcome of the contested case proceeding; (2) TIO’s position is unique and not substantially the same as the position of a party already admitted to the proceedings because TIO is the sole developer of the Project; (3) TIO’s unique position in these proceedings will add substantially new and relevant information; and (4) TIO’s participation, through counsel and as the only party representing its specific interests, will not make the proceedings inefficient or unmanageable.UH-Hilo response

Concerning PUEO, petitioners again say the request to be admitted as a party is not timely, and that PUEO “does not meet any standard for admission as a party in the contested case.”

First of all, given the timing of its formation, the P.U.E.O., Inc. was obviously formed solely to try and participate in the contested case hearing and the Petitioners submit that such an attempt is clearly improper. On March 31, 2016, the BLNR appointed the Honorable Riki May Amano, Judge (ret.) as the Hearing Officer in the instant proceeding. According to the Articles of Incorporation of P.U.E.O., Inc., attached as Exhibit “A” to its Instant Motion, Richard Ha, Jr., Incorporator, signed the Articles of Incorporation on the very same day of the Honorable Hearing Officer’s appointment. On April 8, 2016, TMT International Observatory, LLC, filed its Motion to be admitted as a party in the contested case hearing. According to the State of Hawaii Department of Commerce and Consumer Affairs (“DCCA”) records, P.U.E.O., Inc. was registered with the DCCA on April 12, 2016. On May 16, 2016, on the same day as the first scheduling conference before the Honorable Hearing Officer, P.U.E.O., Inc. submitted its instant motion to intervene.

The corporate purposes and powers of the Articles of Incorporation of P.U.E.O., Inc., although including such things as (a) to share the interaction of Hawaiian culture and science, (b) to research and educate the public on the interaction of Hawaiian culture and science and to inspire exploration, and (c) to further educational opportunities for the children of Hawai’i in the fields of science, technology, engineering and mathematics, make no specific reference to Mauna Kea, nor the impacts of the TMT project on the corporation. P.U.E.O., Inc., also does not provide any other information about what it has conducted or performed, to date, as a corporate entity other than the formation of the corporation, seemingly, for the sole purpose of trying to intervene in the instant contested case hearing. The corporation has not shown how the TMT CDUP will so directly and immediately affect the corporation as the corporation was just formed. Again, the individual board members of the corporation have not petitioned or moved to be admitted as individuals in the instant proceedings and P.U.E.O., Inc., also is not an unincorporated association of community members like in PASH, a case cited by P.U.E.O., Inc. in its Motion, with members of the association who could show that they were specifically, personally and adversely affected by agency’s action, in any event. See Public Access Shoreline Hawaii v. Hawaii County Planning Commission, 79 Hawai’i 246, 900 P.2d 131 (1993).

As for the assertions made by the four individuals, who apparently are directors of the newly formed P.U.E.O., Inc., Richard Ha, Jr. doesn’t even claim to be a cultural practitioner on Mauna Kea, and he is the “incorporator.” As for the other three individuals, they seem to assert improved access to the Mauna as a result of telescope development, in general, for any of their asserted cultural practices related to the Mauna. The comparisons they make are essentially pre-development of the summit road access versus access post-development of the summit road. This has nothing to do with the proposed addition of another telescope on the Mauna and, thus, even their individual claims are irrelevant to the instant case and do not establish any specific, personal and adverse affect on any of their practices by the TMT project and the CDUP. The assertions and implications in their declarations that telescope development on the Mauna is somehow a recognized cultural and traditional practice firmly rooted in custom and tradition under HRS Sections 1-1, 7-1 and/or Article XII, Section 7 of the Hawaii State Constitution, and Hawaii case law, is completely nonsensical, unfounded, and absurd.Wuderman memorandum

Again, the University of Hawaii comes to the defense, saying PUEO should be allowed to participate.

PUEO also meets the standard discretionary admission. PUEO is a Hilo-based organization whose mission explores and supports the relationship between the exercise of native Hawaiian traditional and customary practices and the exploration of science. See Mem. in Supp. at 9. As a native Hawaiian organization that supports the Project and that believes that native Hawaiian practices and science can co-exist, PUEO stands in a unique position and will offer new perspectives to this contested case hearing that are not already represented by other parties. Id. The University supports PUEO’s request because: (1) there are no parties currently admitted that are native Hawaiian organizations supporting the Project; (2) PUEO’s unique position in these proceedings will add substantially new and relevant information; and (3) PUEO’s participation as the only organization representing these interests will not make the proceedings inefficient or unmanageable.UH-Hilo response

As for the many other hopeful interveners, all of whom appear to oppose the TMT permit?

“The remainder of the requesters do not provide sufficient information to warrant admission based on their written requests,” the university states in its response. “While additional information and evidence from the other persons submitting the Requests is required to determine whether they meet the criteria for admission set forth in HAR § 13-1-31, the University does not otherwise object, subject to further questioning at the hearing, if any.”