NA'ALEHU, Hawaii - A draft burial treatment plan for iwi found on lands of the former Moaʻula Plantation were debated on Thursday. 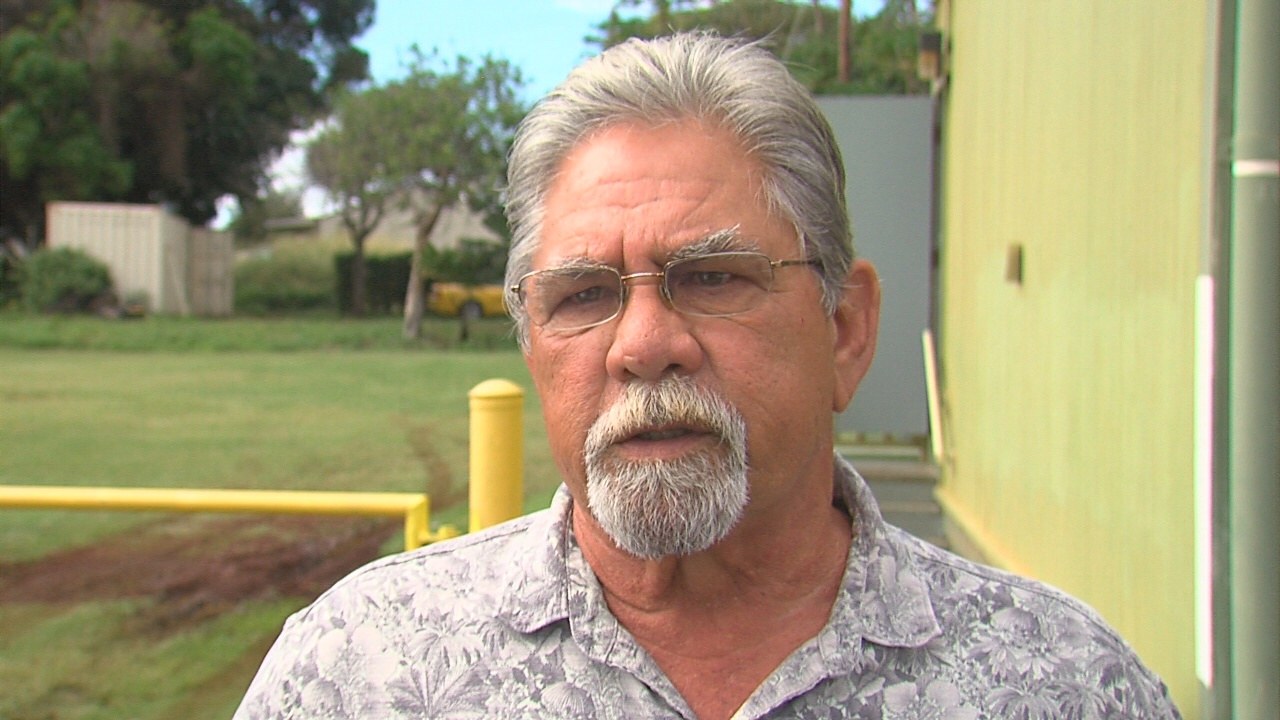 Palikapu Dedman of the Pele Defense Fund spoke up at the burial council meeting on Thursday.

Tensions were high as a number of residents with deep roots in Ka’u were upset that they had not been consulted on a draft burial treatment plan for ‘iwi located on lands of the former Moaʻula Plantation. The lands are currently in coffee farming.

The meeting got off to a late start because a few members had accompanied the landowner and their archaeologist on a site visit.

Consultants had already identified a cultural descendant for the remains, but a lineal descendant had apparently not been recognized. Many had come to the Na’alehu Community Center to voice their concerns over the draft plan which would determine the buffer zones and/or actions to be taken to preserve the burials.

Palikapu Dedman, who was there for the beginning of the burial council process, wanted to be heard. He said no one on the council contacted him about the ongoing process, which was first advertised in newspapers over a year ago.

No action was taken by the council since the plan is still in draft form.