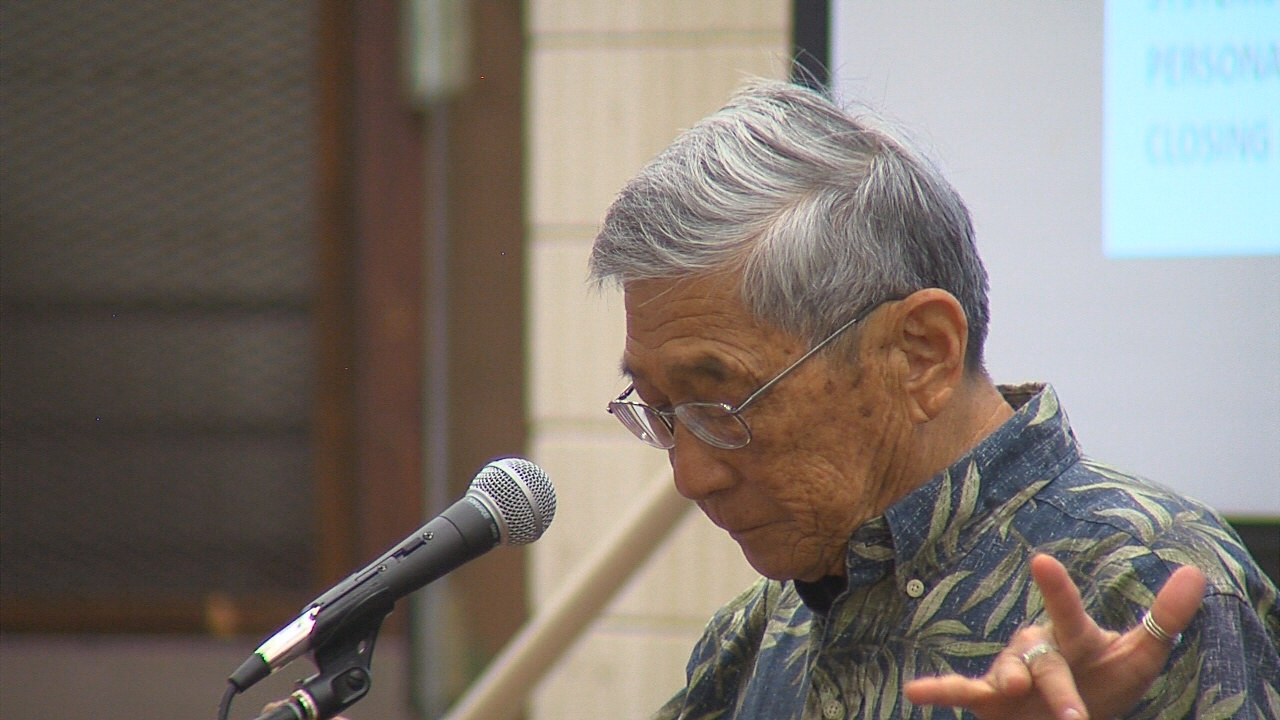 HILO, Hawaii - Hawaii County Mayor Harry Kim was resting and recuperating in the hospital today, following another heart attack over the weekend.

(BIVN) – Hawaii County Mayor Harry Kim was taken to the emergency room after suffering a “mild heart attack”, county officials say. It is the second heart attack episode for the mayor this year.

The hospitalization comes just three days after the county announced the mayor had been diagnosed with a relapse of pneumonia. After being released from the hospital the same day with doctor’s orders to rest, Kim’s latest heart attack apparently occurred the next morning.

According to a county media release, this time the mayor has not been released from the hospital. “The doctor told me I can’t leave because he doesn’t trust me to rest,” the Mayor said in a media release. “I’d fire him if I could.”

Here is the full county media release about the mayor’s condition:

Hawai’i County Mayor Harry Kim was taken to the Emergency Room at Hilo Medical Center early Saturday morning with a mild heart attack. On Monday morning, the Mayor was resting and recuperating in the hospital.

The Mayor said he had suffered discomfort and his wife called 911 for an ambulance.

After working a very long day, Mayor Kim was taken to the hospital early Friday, where he was diagnosed with a relapse of pneumonia. He was released from the hospital the same day with doctor’s orders to rest.

It is requested that no calls or visits take place, to allow the Mayor to rest.

“The doctor told me I can’t leave because he doesn’t trust me to rest,” the Mayor said. “I’d fire him if I could.”

The Mayor has been at the helm of the ongoing response to the Puna eruption, and late Thursday night he was taking a look at the preparations of the Federal Emergency Management Agency (FEMA) Disaster Recovery Center at the Kea’au High School gym. The facility opened its doors to offer individual assistance to the public on Friday morning.

“I can’t tell you how proud I am of everybody in County, State and Federal agencies for getting the DRC up and running in less than a day,” Mayor Kim said.

He said he had worked closely with FEMA’s Deputy Federal Coordinating Officer Tom Fargione to make it happen.

“We swore to each other to make this DRC the best in the nation as far as coordination and comprehensiveness of services,” the Mayor said.