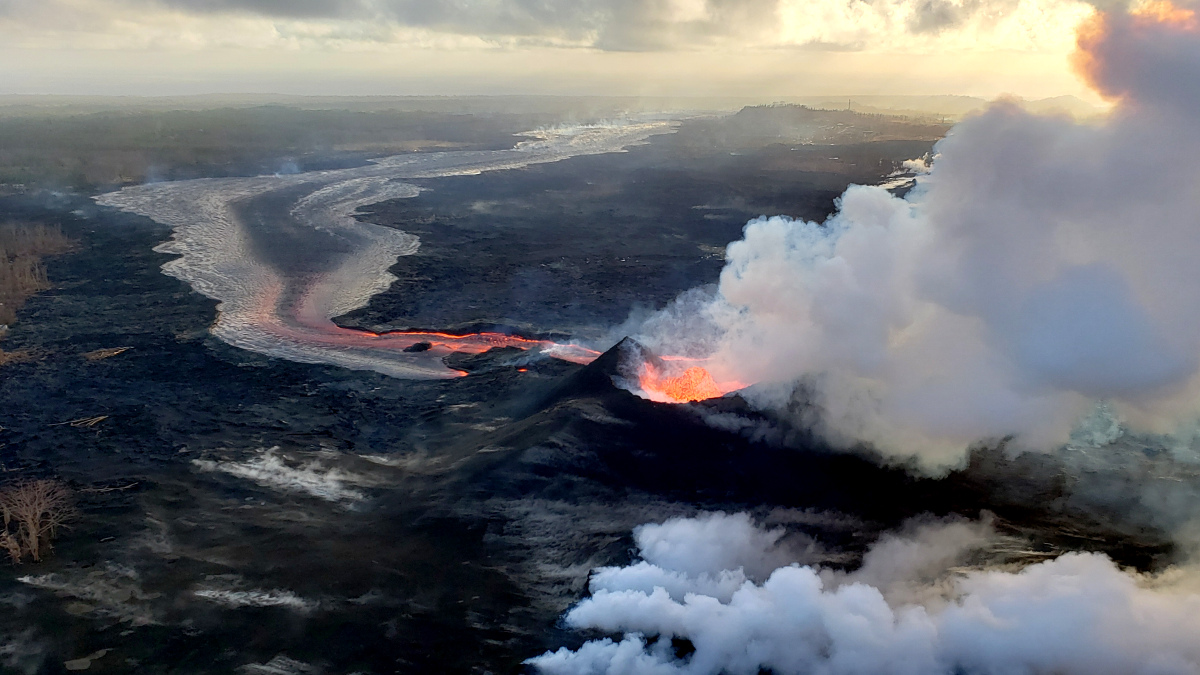 PUNA, Hawaii - Councilwoman Sue Lee Loy has introduced a resolution asking the State Board on Geographic Names to begin the consultation process.

(BIVN) – The Hawaii County Council could soon be taking up a measure that would urge the state to move forward with a process that would lead to the naming of the active Fissure 8, which is currently generating voluminous lava flows on the lower East Rift Zone of Kilauea Volcano, as well as “other features of the 2018 eruption.”

Hilo councilwoman Sue Lee Loy introduced the Resolution 640 on July 5. Lee Loy said in the communication that the resolution requests the State Board on Geographic Names “to consult with community members who have direct traditional, cultural, and familial ties to the district of Puna to establish an appropriate name for the Fissure 8 vent.”

Fissure 8 has been a temporary name, scientists and emergency officials explain, assigned early on in the eruption to identify the active vent. The name has been used while a proper name is chosen by the appropriate community elders. The community has been asking for a name to finally be attached to the erupting vent.

A RESOLUTION URGING THE STATE BOARD ON GEOGRAPHIC NAMES TO CONSULT WITH COMMUNITY MEMBERS WHO HAVE DIRECT TRADITIONAL, CULTURAL, AND FAMILIAL TIES TO THE DISTRICT OF PUNA TO ESTABLISH APPROPRIATE NAMES FOR THE FISSURE 8 VENT AND OTHER FEATURES OF THE 2018 ERUPTION OF KILAUEA VOLCANO.

WHEREAS, Section 4E-3(a) of the Hawaii Revised Statutes states that the State Board on Geographic Names “… shall designate the official names and spellings of geographic features in Hawaii and provide for circulation thereof to the appropriate state and other agencies. In its deliberations, the board shall solicit and consider the advice and recommendations of the appropriate county government officials, and, should the board desire, other knowledgeable persons.”; and

WHEREAS, following a magmatic intrusion into the East Rift Zone of Kilauea volcano, the first of two dozen fissures erupted on May 3, 2018, near Mohalu Street in Leilani Estates; and

WHEREAS, the eighth fissure, known as Fissure 8, opened on May 5, 2018, near Luana Street in Leilani Estates, and briefly erupted lava fountains an estimated 230 feet high, sending a slow-moving lava flow approximately 0. 6 miles northward and covering many homes in the subdivision; and

WHEREAS, eruptive activity from the 23 other fissures have become concentrated at Fissure 8, where a gushing fountain has built a broad cone approximately 180 feet high; and

WHEREAS, the U.S. Geological Survey defines a volcanic fissure as an “elongate fracture or crack at the surface from which lava erupts,” making “Fissure 8” an inaccurate name for the large tephra cone located on the East Rift Zone within Leilani Estates; and

WHEREAS, the ongoing eruption is creating numerous other new and unnamed volcanic features, including but not limited to the enlarged crater or nested caldera at Halemaʻumaʻu, the collapsed crater at Puʻu ʻŌʻō, the line of fissures and steam vents extending through Leilani Estates and Lanipuna Gardens, the ocean entry at Mālama Kī Forest Reserve, and the channelized lava flow to the ocean at Kapoho Bay; and

WHEREAS, the naming of a volcanic feature in the Hawaiian language may encode information about its physical characteristics, historical events associated with its formation, ecological surroundings, geographical location, or related oral histories; and

WHEREAS, the U.S. Geological Survey uses informal names to identify and communicate information about volcanic features, but defers to the local community, including Hawaiian elders, for formal names; and

WHEREAS, the global community of amateur lava watchers have suggested many names for Fissure 8, but the names for this and other new volcanic features associated with the current eruption should be provided by community members with direct traditional, cultural, and familial ties to the district of Puna; now, therefore,

BE IT RESOLVED BY THE COUNCIL OF THE COUNTY OF HAWAII that the State Board on Geographic Names is urged to consult with community members who have direct traditional, cultural, and familial ties to the district of Puna to establish appropriate names for the Fissure 8 vent and other features of the 2018 eruption of Kilauea volcano.