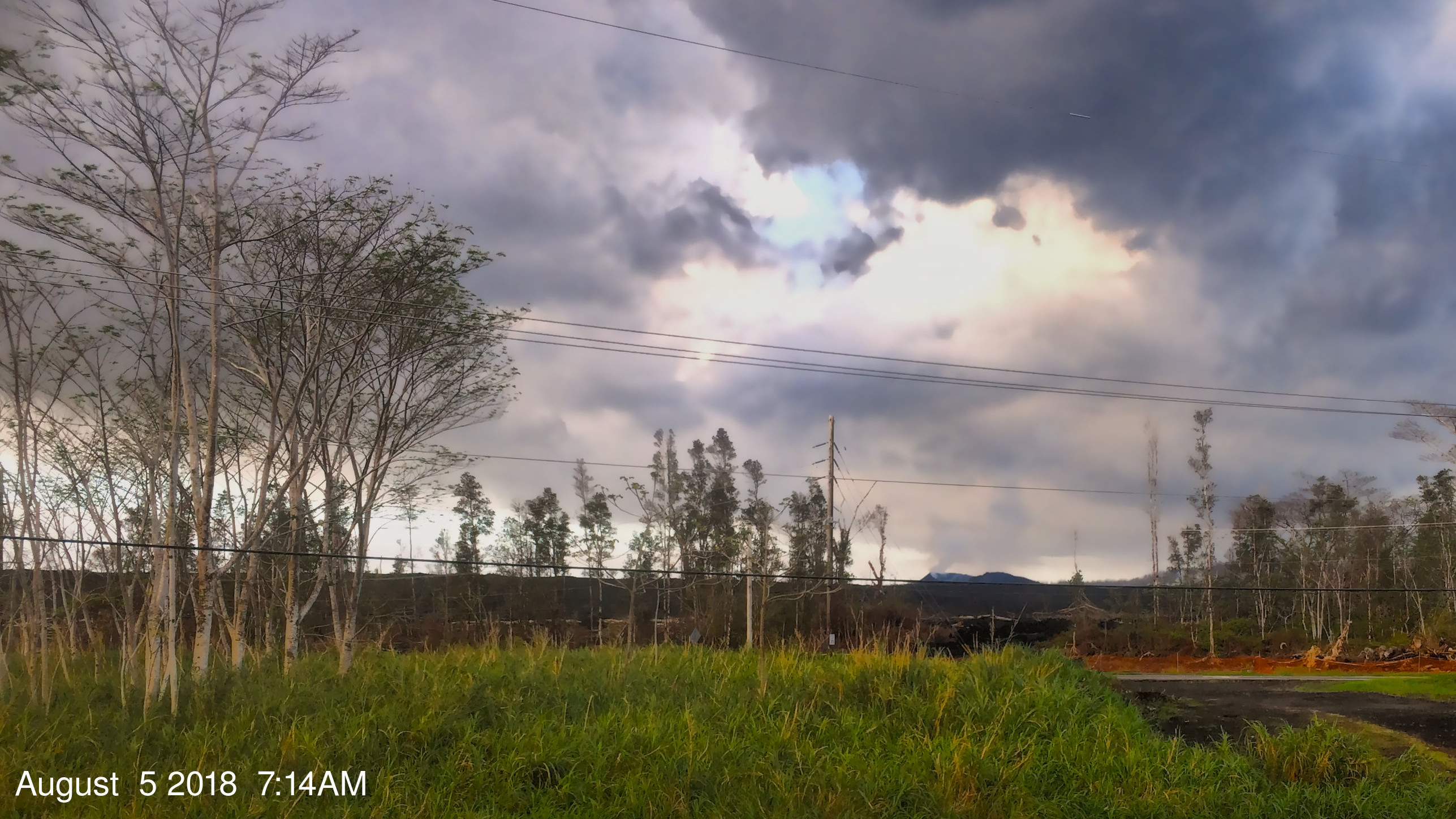 image of Fissure 8 this morning via lavacam.org

HAWAII ISLAND - There is reduced output of lava from fissure 8 as well as decreased earthquakes and deformation at the summit of Kilauea Volcano. 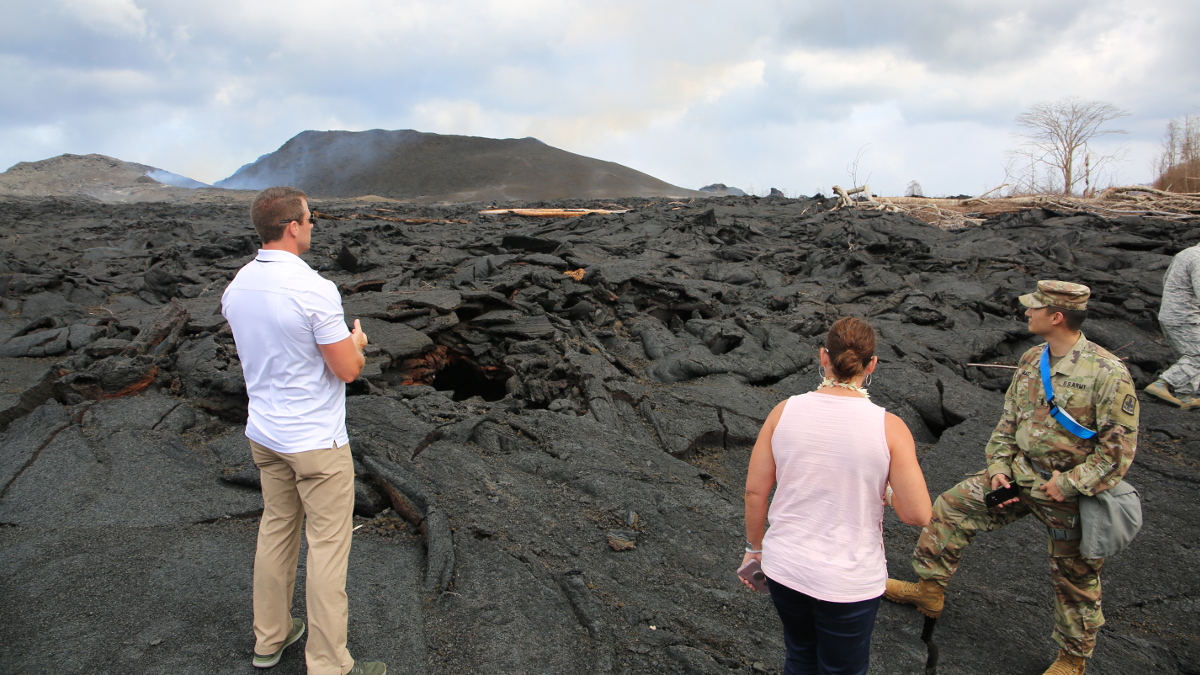 (Photo courtesy Rep. Gabbard) Rep. Tulsi Gabbard led a congressional delegation to survey the impact of the recent Kīlauea eruptions yesterday, in order to help determine federal actions that can be taken to support the community. Rep. Jason Smith (MO-08) of the U.S. House Budget Committee and U.S. House Committee on Ways and Means, and Rep. Markwayne Mullin (OK-02) of the House Energy and Commerce Committee, were led by the Hawaiʻi Army National Guard to Fissures 8 and 9 in Leilani Estates.


(BIVN) – Emergency officials have noted that earthquakes continue at a decreased rate at the Kilauea summit this morning, and Fissure 8 continues to erupt with lower lava levels. A summit collapse event has not occurred in 67 hours.

Last night, the USGS Hawaiian Volcano Observatory weighed in on what observers were reporting on Saturday: that the lava channel appeared to be slowing down and that the lava was changing into a more viscous ‘a‘ā flow in places.

Field observations and UAS overflight images indicate reduced output of lava from fissure 8 today. The significance of this change is not yet clear and hazardous conditions remain in the area.

An HVO and UAS crew will be in the area overnight to monitor and track additional changes. An overflight of the area will occur early tomorrow, weather permitting.

It is common for eruptions to wax and wane or pause completely. A return to high levels of lava discharge or new outbreaks in the area of active fissures are possible at any time. Despite the apparent slow-down at fissure 8, lava remains active in the main channel, minor overflows are reported, and the ocean entry is active at this time.

Changes are also occurring at the volcano’s summit. The most recent collapse event occurred two day ago, at 11:55 a.m. HST August 2. Rates of earthquakes began to increase soon after as has been typical leading to the next collapse event, but today the rate decreased to a low level without a collapse event. The rate of deformation at the summit as measured by tiltmeter and GPS instruments is also much reduced.

Summit and LERZ changes considered together imply that the rate of magma leaving the summit has decreased. How long this condition will persist is unknown. It is possible that outflow will pick up again, resulting in renewed summit area deflation leading to another collapse event and renewed eruption vigor on the LERZ.

HVO scientists said they will monitor data through the night.

This morning, civil defense reported the “lava channel is sluggish, but still active. Lava continues to enter the ocean creating a LAZE plume. The margin of the flow at the ocean entry has not advanced and remains approximately 500 feet from the Pohoiki boat ramp.”

According to Ikaika Marzo, observations from a Kalapana Cultural Tours boat revealed: “At the ocean entry this morning, lava doesn’t seem to be slowing down. Numerous entry point and the progress of the lava moving south is still happening. The most southern part of the flow has taken out another surf spot called ‘Dead Trees’ and it is moving towards another surf spot called ‘Elevators’. Fissure 8 was still visible this morning with less glow coming from it. But the the glow from the rivers was also still visible.”