PUNA, Hawaiʻi - A gathering was held Thursday on a private farm off Beach Road to discuss ideas to gain access to properties blocked by lava flows. 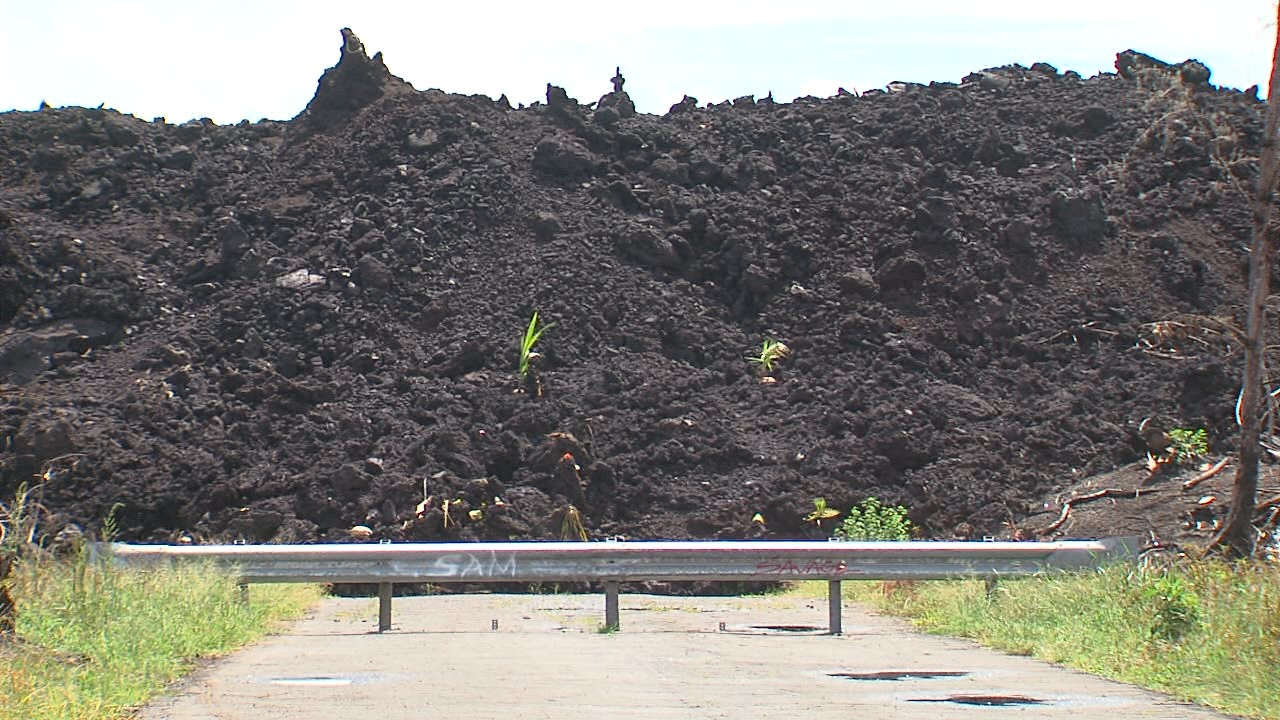 A wall of hardened lava blocks Highway 137 heading towards Kapoho.

(BIVN) – Residents of Puna, in need of better access to their lands following the eruption of Kīlauea on the lower East Rift Zone, met on Thursday to discuss their options.

Several neighbors living in the area of Waʻawaʻa Subdivision, Papaya Farms Road, Noni Farms, Cinder Road and Kapoho sat together at a private farm located along Government Beach Road in order to share their thoughts. Many are unable to reach their property unless by helicopter.

“Our community in Kapoho needs funding to rebuild roads to access our homes and farms,” Burrows wrote. “In learning the county is allocating no funding to hundreds of residents and farms, I am speaking out for our community, please support our petition to return to our homes.” The petition already has 1,345 signatures.

Councilwoman O’Hara told the group that she has submitted a council resolution urging the administration to recover lava-inundated Highway 132. The resolution, which will be heard in committee on November 1, reads: