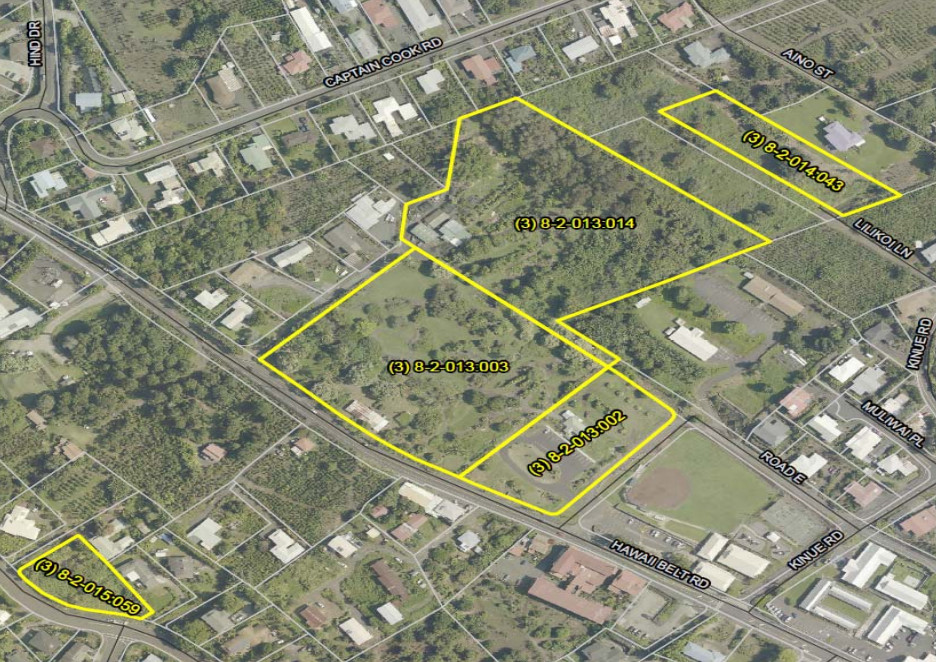 (BIVN) – Public Access, Open Space and Natural Resources Preservation Commissioners recently got an update on the status of the Amy B.H. Greenwell Ethnobotanical Garden in South Kona, which was identified by the commission as the number 2 priority for acquisition in its 2018 Report to the Mayor.

The garden, located on the Kealakekua ahupaʻa, was bequeathed to Bishop Museum in 1974 as as an “educational and cultural resource” upon the death of owner Amy Greenwell, a well known botanist and archaeologist. In early 2016, Bishop Museum announced its plan to sell the 15-acre property in order to refocus on and improve its Oʻahu campus.

“Back when it first came to open space Commission, we were all on board,” said Hawaiʻi County Property Manager Hamana Ventura told the PONC comission. “It was one of those deals where (previous Mayor Billy Kenoi) wanted us to move and acquire it.”

“Then we did our research and found out that it was deed restricted and could only be sold to a non-profit,” Ventura said. “If it hadn’t, then we would have done everything that we could have to expedite the purchase.”

“As time has gone by, Friends of Amy Greenwell formed a non-profit 501(c)(3) and they’ve gone to Legacy Land” Commission to help fund the acquisition, Ventura said. “I think that they’re getting pretty close to that point where  they’re gonna be able to put on a solid purchase agreement offer place to have Bishop Museum review and either accept or make a counteroffer.”

When asked if the County PONC program will be contributing funds to that effort, Ventura answered yes. “We’d like to participate in a conservation easement, as well,” he said. “We’ve already talked with with Friends of Amy Greenwell and indicated that since we have a resolution in place to move forward with that, that the county is on board as far as trying to assist in any way that we can.”