Traffic fatalities soar on Hawaii Island HILO, Hawaii: The Hawaii County Police Chief Harry Kubojiri is urging motorists to drive safely, as the number of deaths on the island continue to rise at an alarming rate. SOURCE: Hawaii County Police Police Chief Harry Kubojiri has issued a personal plea for all Big Island motorists to drive […]

HILO, Hawaii: The Hawaii County Police Chief Harry Kubojiri is urging motorists to drive safely, as the number of deaths on the island continue to rise at an alarming rate. 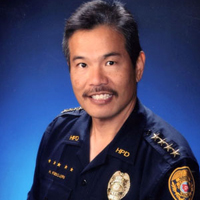 Police analysis of the traffic fatalities during the past 2 ½ years shows that the following substances have been factors in the following number of fatal crashes:

In many cases, multiple substances were factors in the same crash. The above figures don’t include impaired passengers who may have contributed to traffic fatalities. In some of the more recent crashes, police have not yet received toxicology results to determine whether dangerous substances contributed to the tragedies, so the substance count could increase.

Other contributing factors in the fatalities were speed (23) and not wearing a seat belt (25) or a motorcycle helmet (13).

The victims in the fatalities ranged from 6 months old to 88 years old. Their deaths caused unspeakable pain to their families and friends.

Police are stepping up DUI enforcement, but it will take a community effort to reduce the traffic death toll. Chief Kubojiri reminds members of the public to arrange for a designated driver if they plan to drink alcohol. He urges motorists to remember when they get behind the wheel of a vehicle that they and their fellow motorists are operating lethal machinery.

“Try to anticipate erratic driving and be mentally prepared for unexpected dangers,” Kubojiri said. “Practice safe, defensive driving and help reduce needless loss of life. Together, all of us can make a difference as we travel our Big Island roadways.”