PUNA – The volcanic threat level on Hawaii Island has been officially downgraded from WARNING to WATCH, scientists with the USGS Hawaiian Volcano Observatory announced on Wednesday.

Eruption of lava continues at both the Puʻu ʻŌʻō vent on Kīlauea Volcano?s East Rift Zone and in Halemaʻumaʻu Crater at the volcano?s summit. However, in recent weeks, the Puʻu ʻŌʻō lava flows nearest to the town of Pāhoa became inactive. Because the immediate threat from the June 27th lava flow has been reduced, we are reducing the alert level.USGS Hawaiian Volcano Observatory 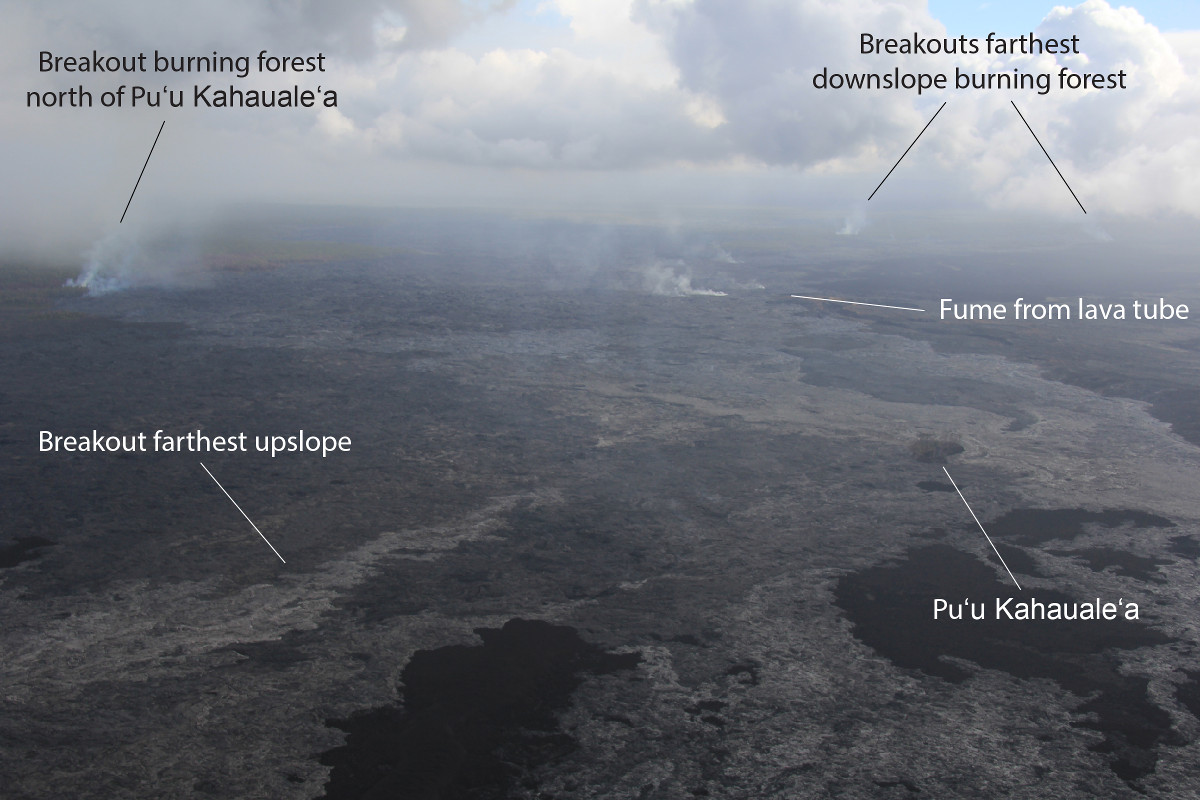 Four separate breakouts from the main lava tube within three areas in the upper 6 km (4 mi) of the flow field below the Puʻu ʻŌʻō vent. Lava from these breakouts is moving slowly atop earlier flows and along the margin of the June 27th and the Kahaualeʻa (2013-2014) flow fields. Based on the rate and trajectory of these active flows, we anticipate that it will be at least months before lava could reach to within 1 mile or 1 week of homes or infrastructure.USGS Hawaiian Volcano Observatory

What happens next, scientists say, depends on how lava activity evolves in these areas, and which breakout – if any – becomes dominant.

Should breakouts along the northern margin of the June 27th flow field become dominant, the resulting lava flow will likely follow steepest lines of descent that approach the Hawaiian Acres and Ainaloa subdivisions.

Should the breakout heading towards the south margin of the June 27th flow field become dominant, the resulting flow will likely parallel the East Rift Zone and approach the Pāhoa area.

At this time, reoccupation of the lava tube that fed lava flows toward the Pāhoa Marketplace area is unlikely. Should this occur, however, delivery of lava farther downslope to the currently inactive extent of the June 27th lava flow field could happen more quickly, perhaps within weeks.

This assessment is based on continued lava production at Puʻu ʻŌʻō at current eruption rates and vent location. Should the eruption rate increase significantly or the locus of eruption shift to a new vent, the conditions of lava flow advance and associated threat could change quickly. USGS Hawaiian Volcano Observatory

HVO says it will continue to monitor the volcano closely in cooperation with Hawaii County Civil Defense. Daily updates will continue. 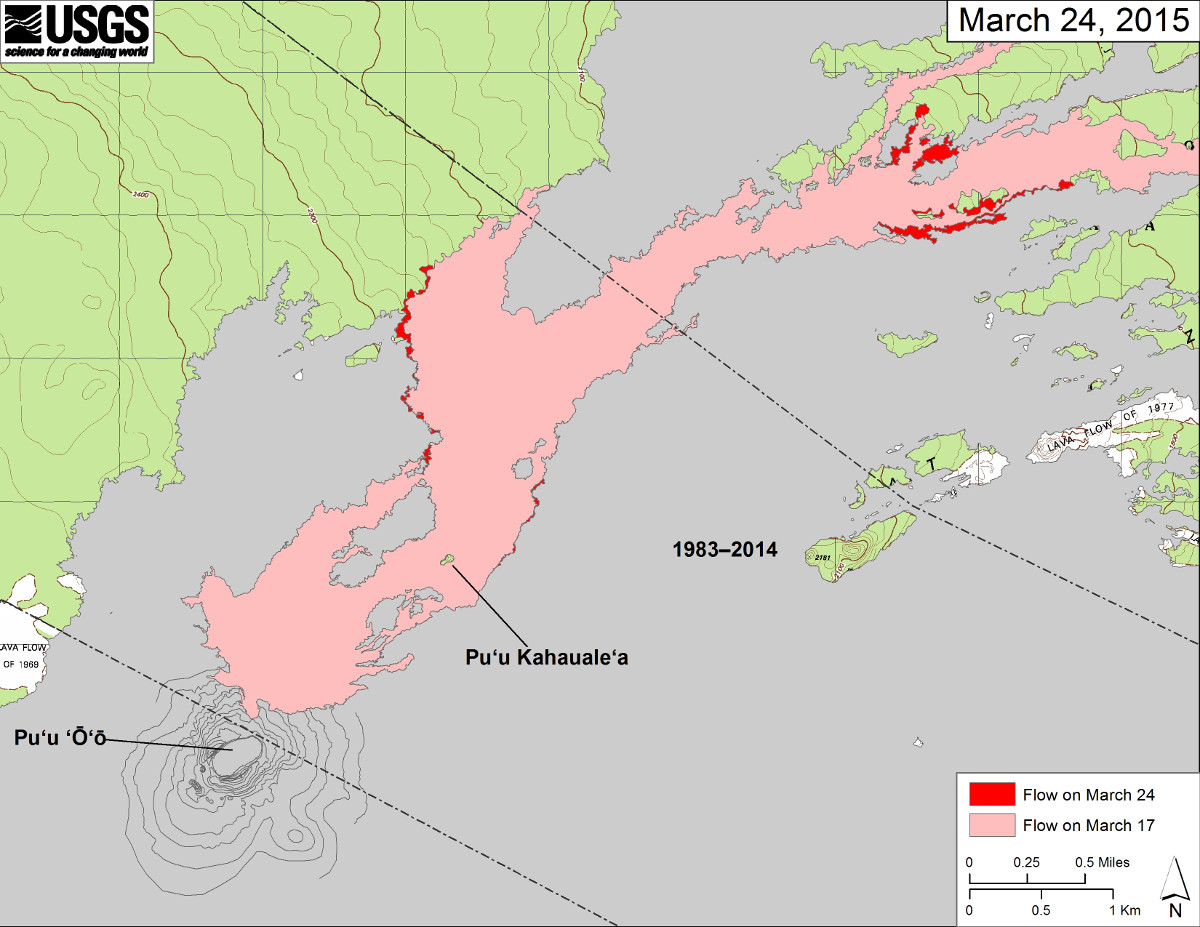 This USGS map posted March 24 shows the changes to Kīlauea’s active East Rift Zone lava flow field. The area of the flow on March 17 is shown in pink, while widening and advancement of the flow as of March 24 is shown in red. Small changes west of Puʻu Kahaualeʻa are not shown, as that part of the flow field was hidden by Puʻu ʻŌʻō’s gas plume at the time of mapping.