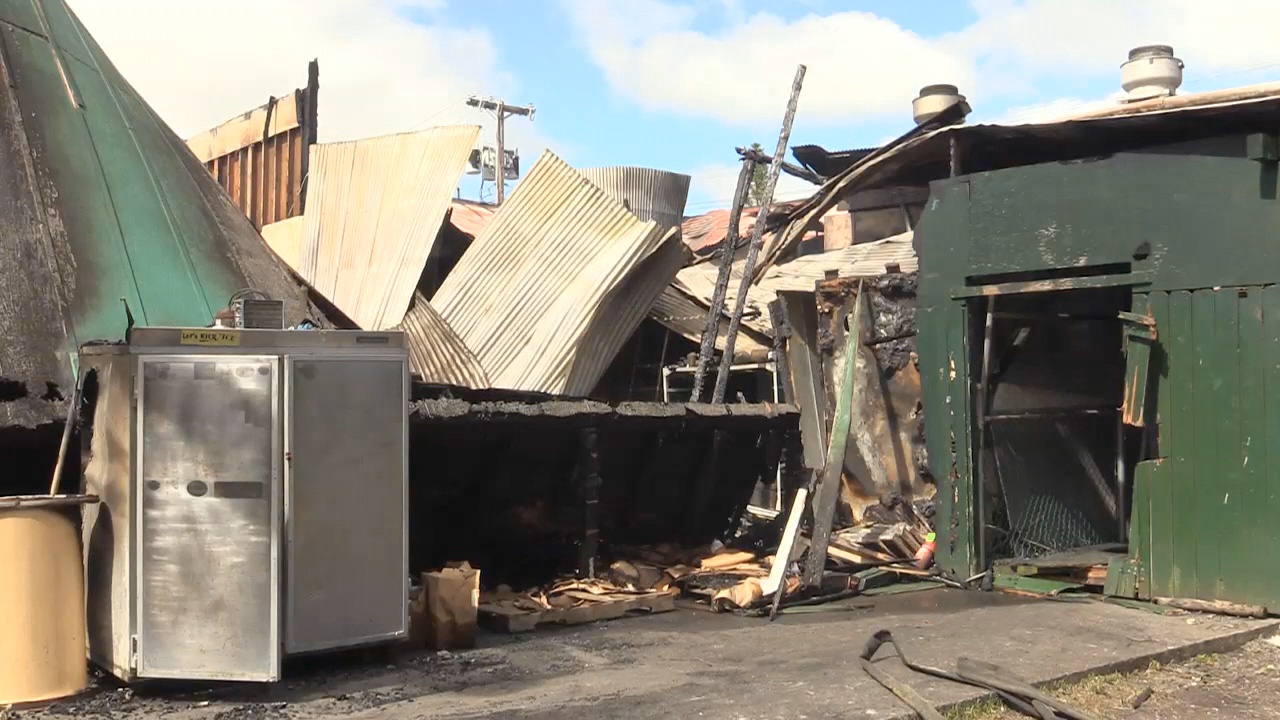 PAHOA (BIVN) - Police do not suspect foul play in connection with the blaze that destroyed Luquin's Restaurant and the Akebono Theater early Monday. 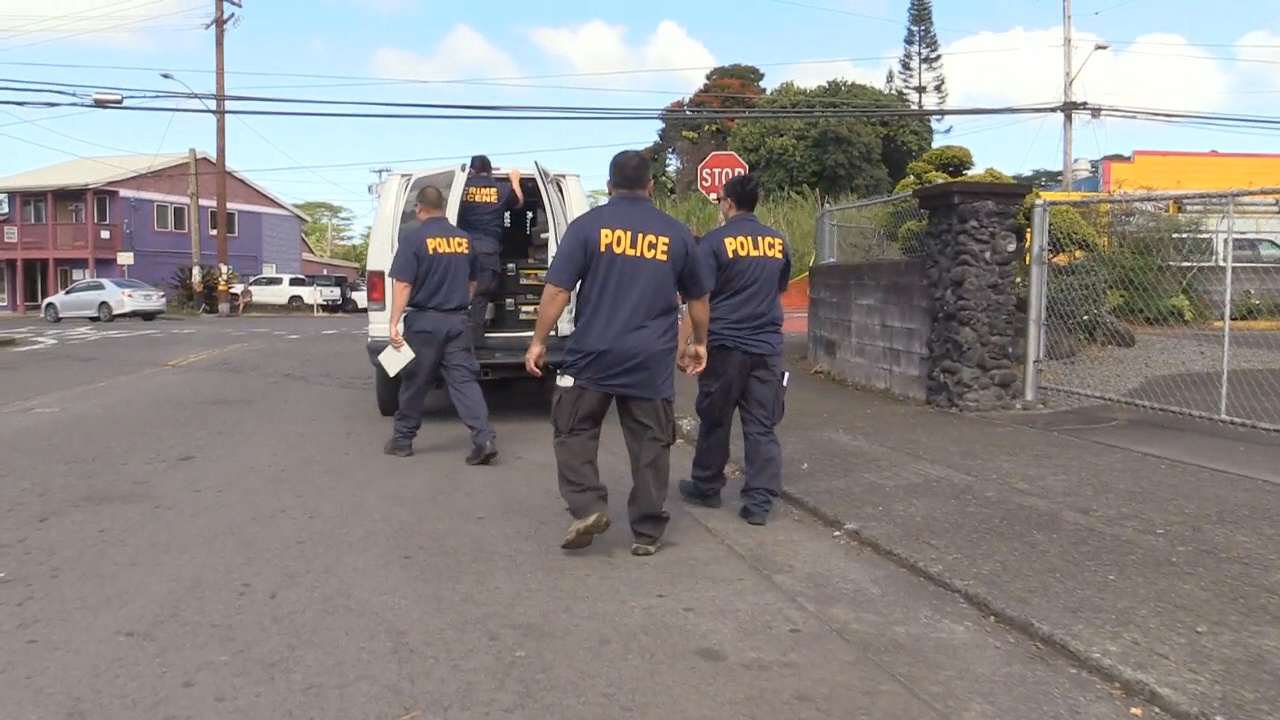 PAHOA, Hawaii – Hawaiʻi Island police are seeking witnesses to the start of a fire that gutted a large commercial section of Pāhoa Village.

Police say the fire started just after midnight Monday at a vacant business at 15-2948 Pāhoa Government Road next to Luquin’s restaurant in Pāhoa town.

Luquin’s was destroyed by the blaze, as was the adjoining Akebono Theater. It was a devastating loss for the community. 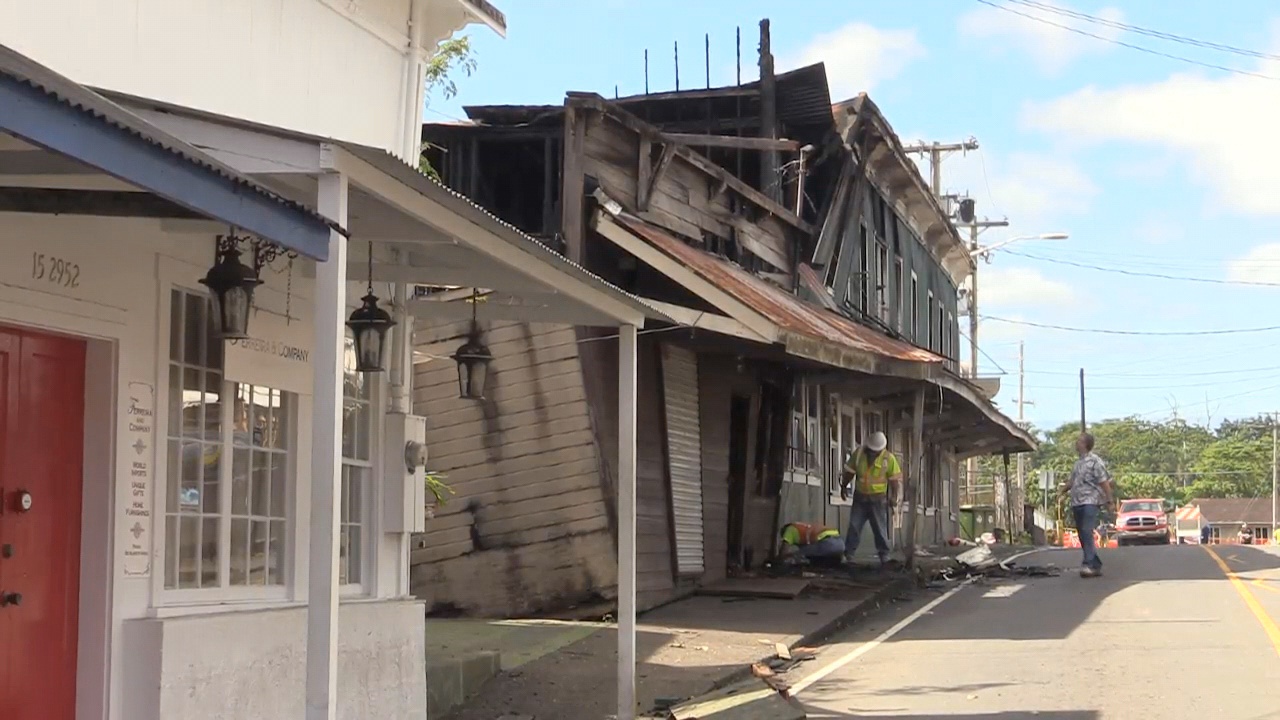 Police do not suspect foul play. They ask anyone who saw or heard the start of the fire to call the Police Department’s non-emergency line at 935-3311 or contact Detective Wendall Carter at 961-2383 or wendall.carter@hawaiicounty.gov.