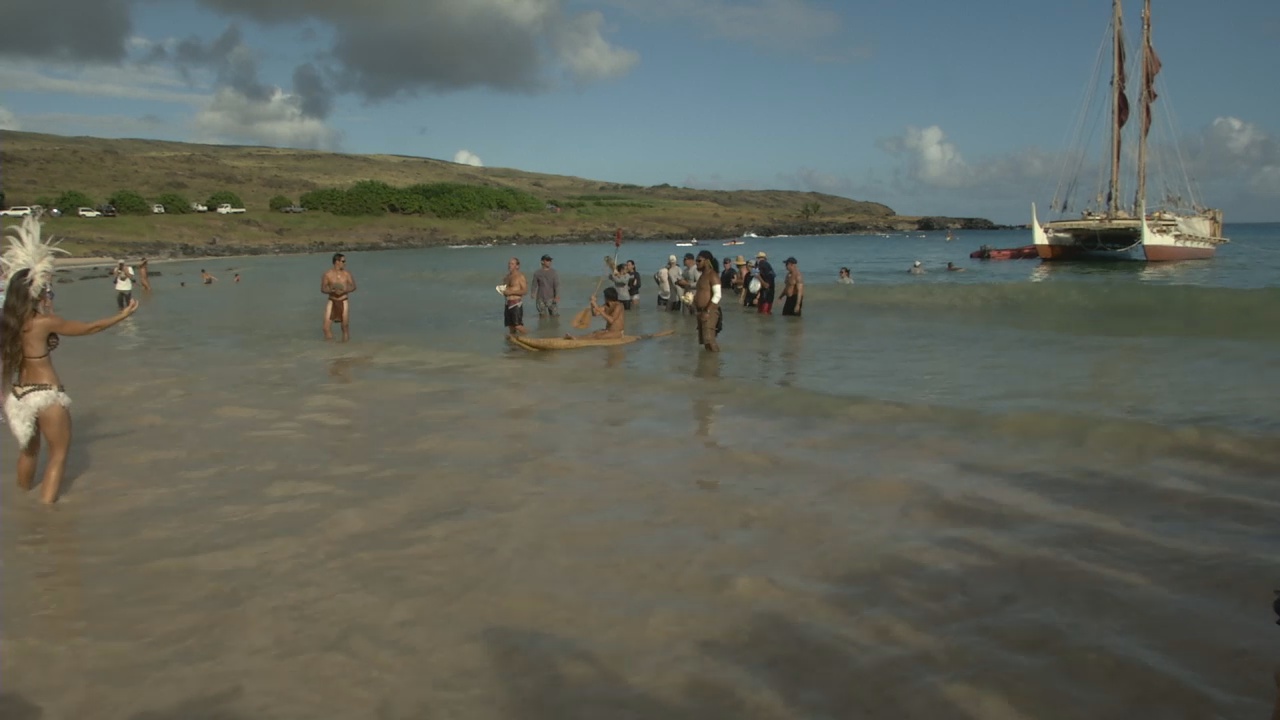 RAPA NUI – The voyaging canoe Hōkūleʻa and her crew were welcomed and celebrated by the inhabitants of Rapa Nui with a traditional landing ceremony held on March 4.

The official arrival of Hōkūleʻa marked her second visit to Rapa Nui, also known as Easter Island, since 1999 and the re-entrance of Hawaii’a iconic vessel into Polynesian waters on the Malama Honua Worldwide Voyage.

The crew landed at Anakena Beach, which is one of two small beaches along the island’s otherwise rocky coastline. The Polynesian Voyaging Society says Anakena is the historic site of seafaring arrivals and departures in Rapa Nui. The crew were met by the community through song and dance before heading inland for a feast and further entertainment.

“Returning to Rapa Nui and reconnecting with our ohana and other community members is an important milestone for Hokulea and the Worldwide Voyage, marking our return to the Polynesian triangle and the deep history of Polynesian voyaging,” said pwo navigator Nainoa Thompson, captain of the Hōkūleʻa and president of the Polynesian Voyaging Society. “This is a wonderful opportunity to celebrate our shared commitment to preserving traditions, values, and environment, but also to discuss the challenges that we face in light of changes to our oceans, education, and well-being as island people.”