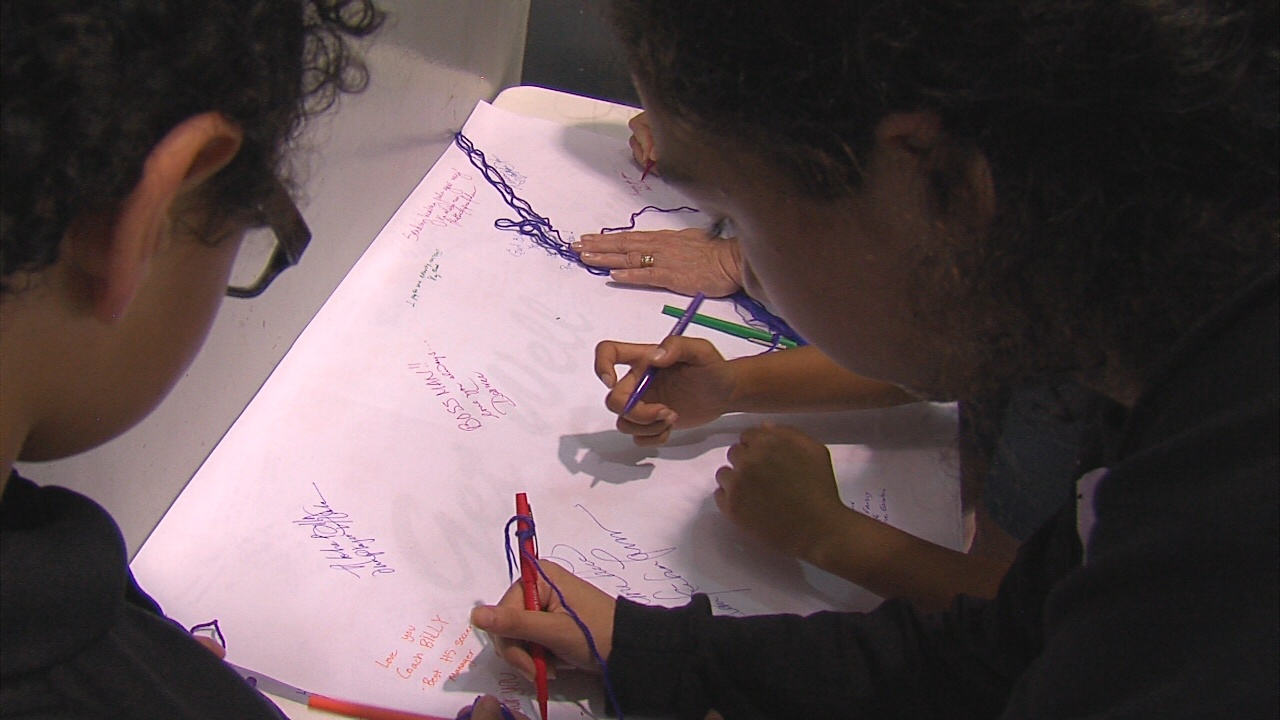 HILO, Hawaii - At Merrie Monarch Festival events and across social media, the thoughts and prayers of the Big Island are with Kenoi and is family.

(BIVN) – The thoughts and prayers of Hawai‘i Island residents are with former Mayor Billy Kenoi as he battles a rare and aggressive type of cancer.

During the Merrie Monarch Festival Ho‘olaule‘a on Easter Sunday, attendees and performers signed a giant get-well card to Kenoi, who is currently undergoing treatment in Duarte, California.

The former mayor was an enthusiastic supporter of the Merrie Monarch Festival and was always sure to attend various events during the week-long hula event. For many, Kenoi was a popular leader who embodied aloha.

News of Kenoi’s battle with cancer was reported this week by various news outlets, although friends and family have been aware of his ongoing fight for months. It even appeared as if Kenoi was on the mend after his first round of treatments, until he recently received distressing news that the disease had come back.

Kenoi posted a detailed update to friends over social media last week. The communication went viral and stirred many emotions, especially among those who were hearing of Kenoi’s cancer fight for the first time.

Now the island is coming together to show support for the two-term mayor. Many residents are doing so in small ways, like the signing the big get-well letter during Sunday’s event.