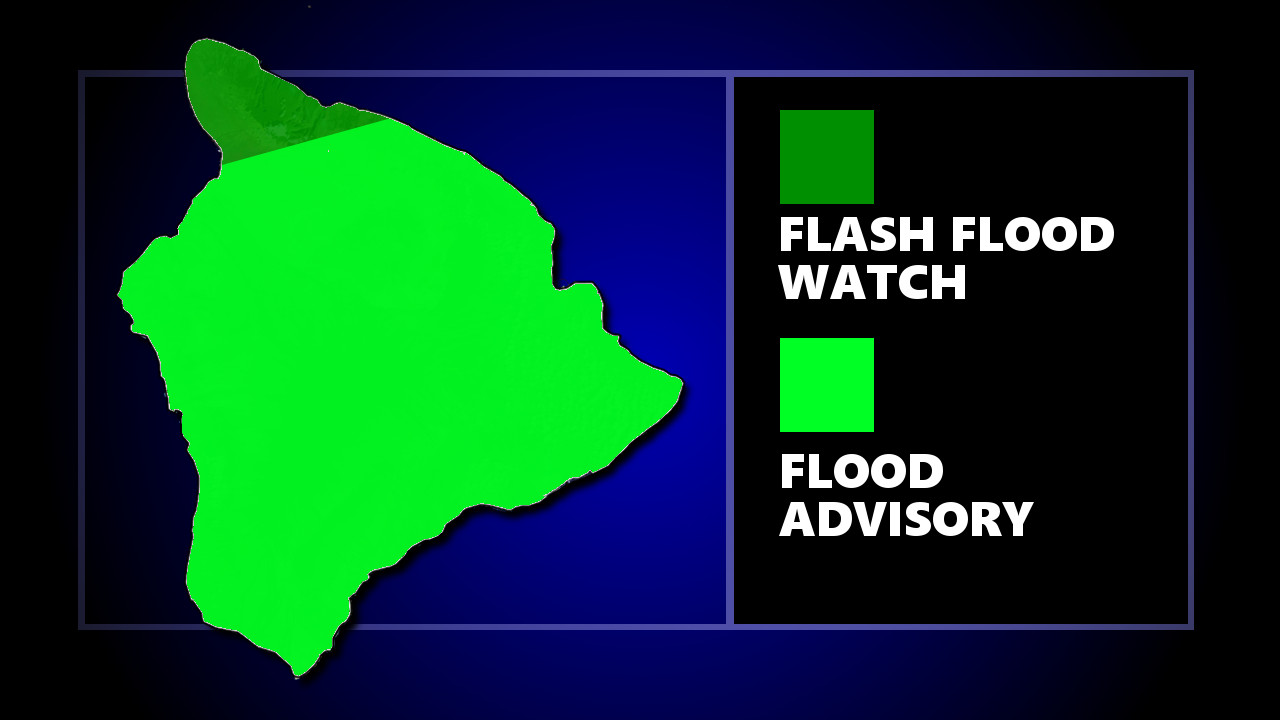 HAWAII ISLAND - The Big Island has been under a Flood Advisory for much of the day, as the Flash Flood Watch continues across the state.

UPDATE (6 p.m.) – Both the Flood Advisory and the Flash Flood Watch for Hawai‘i Island have been discontinued.

(BIVN) – The Flood Advisory for the majority of Hawai‘i County continues, at least until 4:15 p.m. HST, the National Weather Service reported.

“At 114 PM HST, radar and rain gages showed that moderate to heavy rainfall has developed along the leeward slopes of the Big Island from the South Kona District to the South Kohala District,” the Honolulu-based forecasters said. “Rainfall is also ongoing along the eastern and southeastern slopes from Hilo to Na‘alehu. The rainfall is expected to diminish by sunset.”

This advisory includes all locations on the Big Island south of a line from Honoka‘a to Puako.

The Flood Advisory has been in effect for most of the day, and at first included only East Hawai‘i.

The entire Big Island has been under a Flash Flood Watch, as moisture from the passage of Tropical Storm Olivia is interacting with a low aloft, which continues to bring the threat of heavy rainfall to all islands. With ground already saturated from recent rainfall, the potential for flash flooding remains high, forecasters say.