PUNA, Hawaiʻi - The community gathered for a blessing Wednesday, before motorists drove the road for the first time since it was inundated by lava during the 2018 eruption. 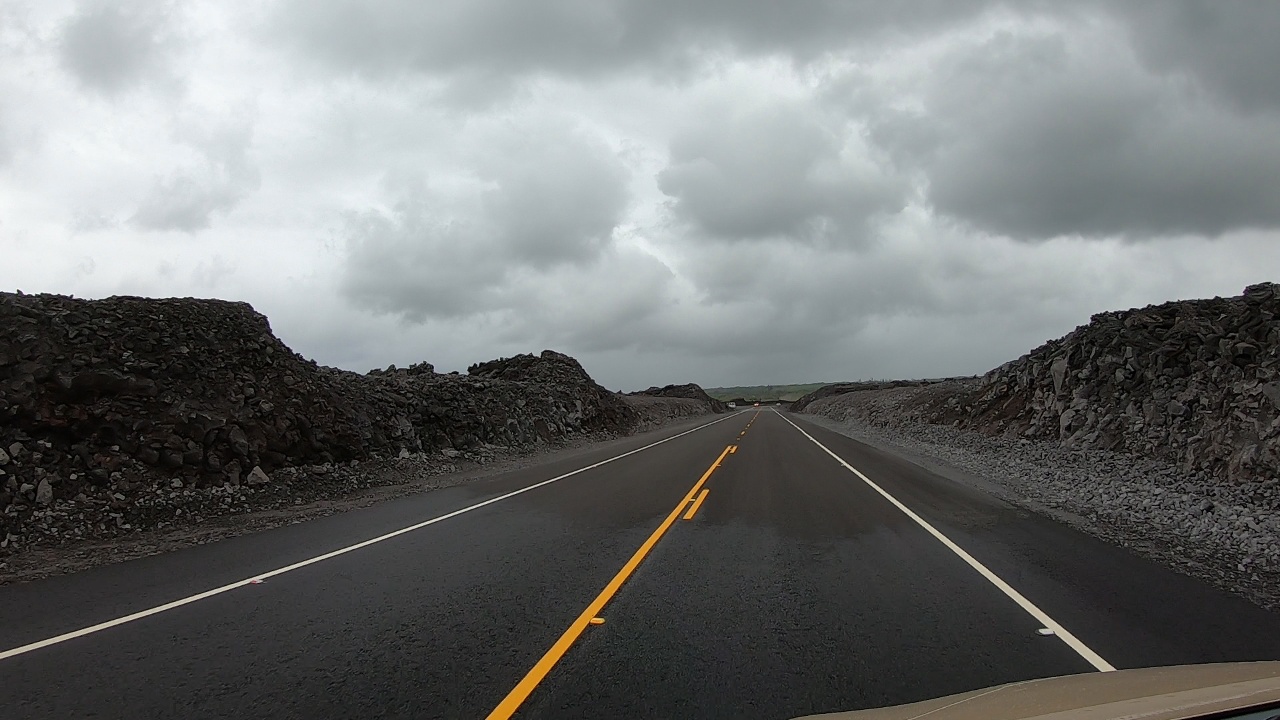 image taken on Highway 132 from video by David Corrigan

(BIVN) – The Puna community stood in the rain just before noon on Wednesday, to take part in a traditional Hawaiian blessing for the newly restored Highway 132, before it was opened to motorists.

There were cheers and joyous hugs, celebrating the reborn major thoroughfare in the lower Puna district. The highway was covered by lava during the 2018 eruption of Kīlauea on the lower East Rft Zone. The loss of the highway meant a loss of access to homes in the kipuka, and a major disruption to the community’s way of life.

Work to restore Highway 132 began in June. 109,000 cubic yards of lava rock were excavated in order recover lost sections of the road. Under the management of the Hawaiʻi County Department of Public Works, with funding from the Federal Highway Administration, a 1.6 mile stretch of the upper portion of the highway and a 1.5 mile section of the lower portion of the road were restored at a cost of approximately $6.5 million.

During road construction over the lava, crews experienced surface temperatures of more than 700 degrees. Today, heat and steam can still be felt along the restored highway.