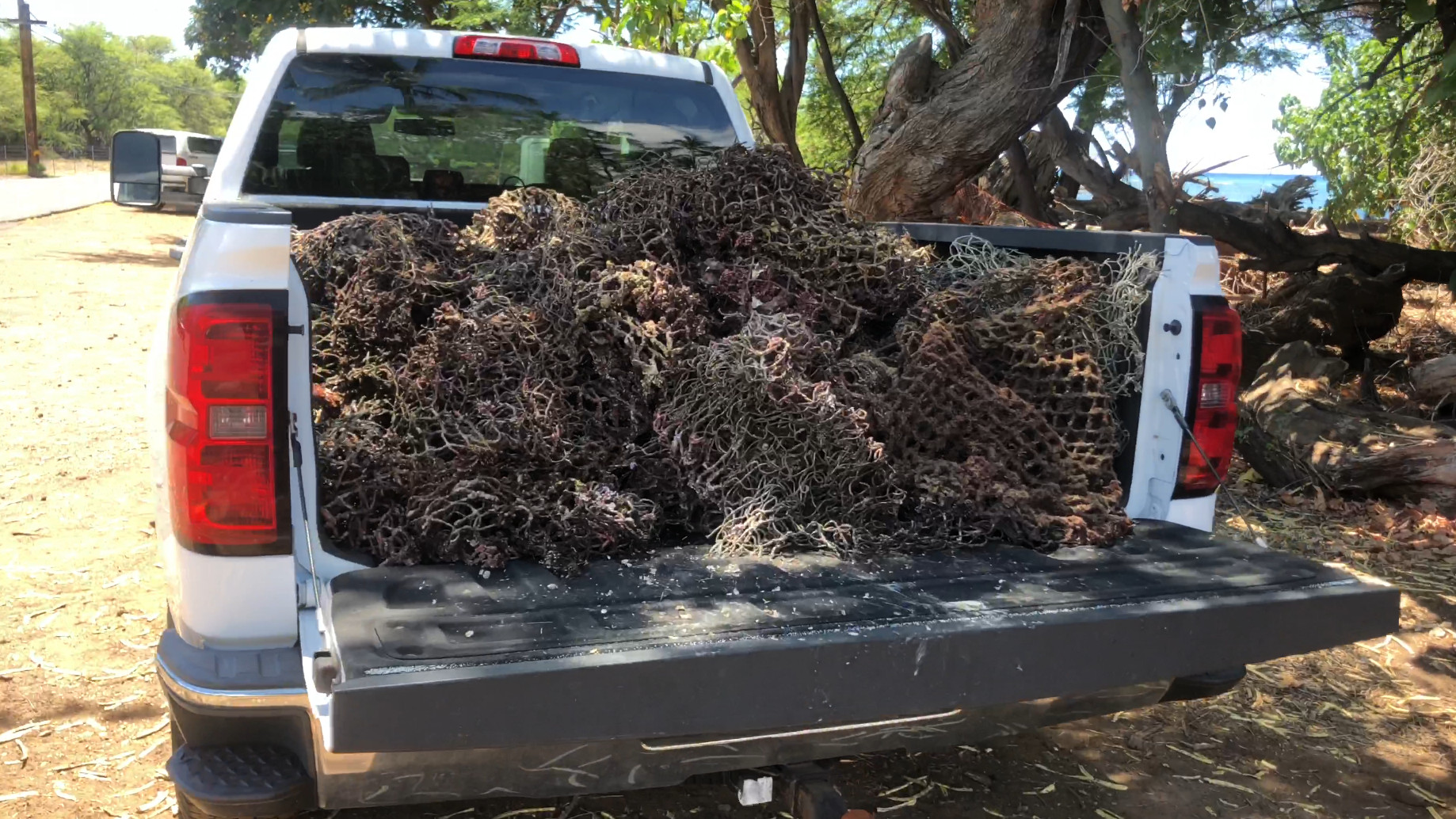 1200 Pounds Of Marine Debris Hauled Away In West Hawaiʻi Cleanups

HAWAIʻI ISLAND - The Hawaiʻi DLNR reports on a community effort to remove marine debris at Keawaiki and Puakō Bay. 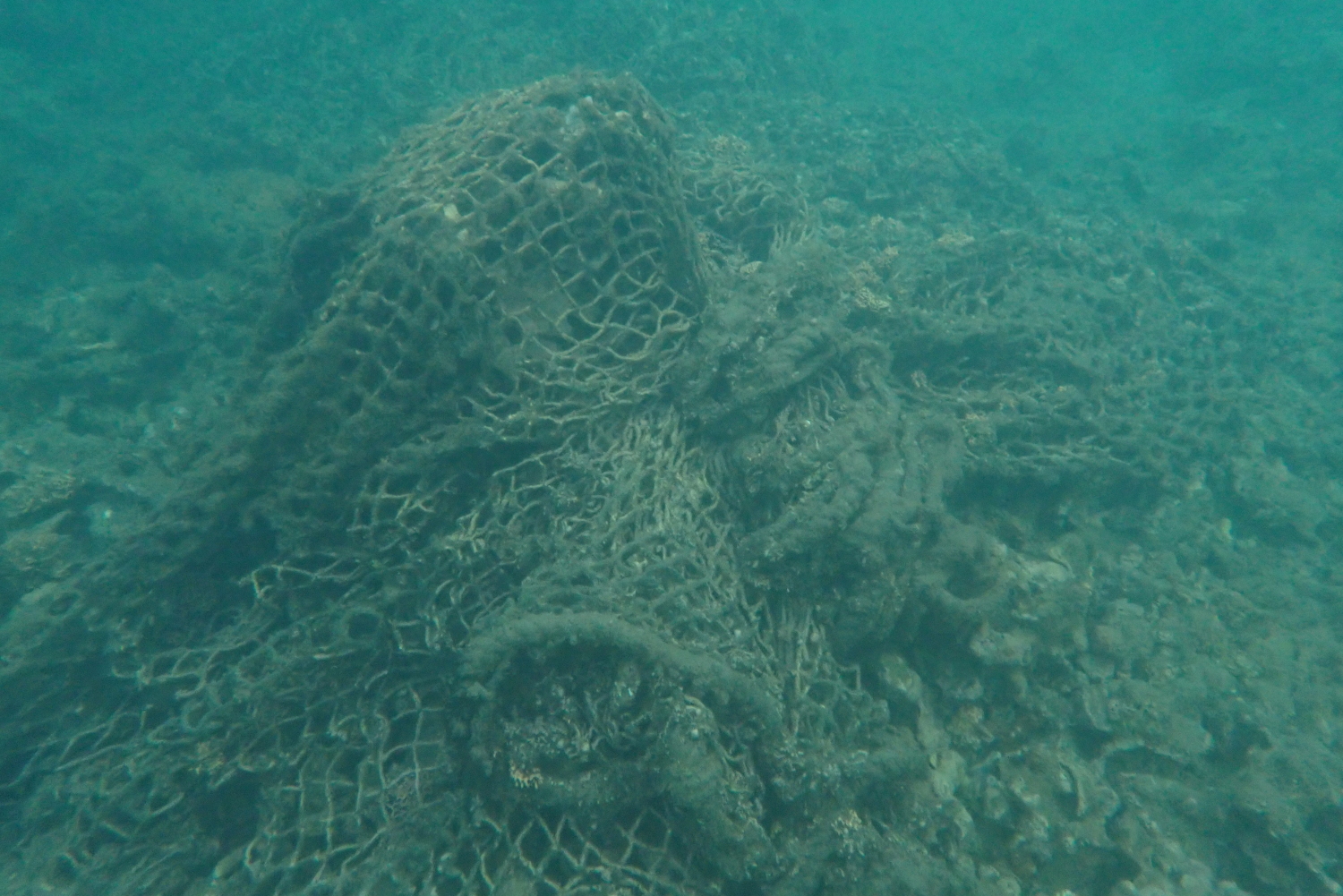 (BIVN) – The Hawaiʻi Department of Land and Natural Resources reported Thursday on two recent marine debris cleanups in West Hawaiʻi, which the state department says were successful thanks to community efforts.

Last week, the DLNR Divisions of Aquatic Resources (DAR), State Parks (SP), the Hawai‘i Wildlife Fund, local businesses, and members of the community, conducted two separate marine debris cleanups in West Hawai‘i. These efforts were great examples of State employees, non-profit organizations and individuals working together to keep beaches and reefs clean and beautiful. More than 1,200 pounds of nets and other debris were removed and transported for disposal and research.

The first was a derelict fishing net bundle that was reported on the beach at Keawaiki, by a Ke Kai Ola volunteer. The landowner provided access to this remote North Kona shoreline, and the net was hauled off the beach. The removal crew followed up with a sweep of the beach for any remaining net pieces and other rubbish. This material was estimated to weigh around 130 pounds.

The second was a large cargo-type net covering a shallow reef in Puakō Bay that was reported to DLNR by Kelly Nedved of LightSUP Hawai‘i. With her help, DAR divers conducted an initial assessment of the net and what it would take to remove it from the reef. Later a full removal operation was conducted that involved five DAR employees and nine community volunteers. DAR free divers worked to cut the net and remove it from the reef, careful to minimize damage to corals and live rock. Volunteers shuttled the net pieces back to shore and into a truck. LightSUP Hawai‘i and Hawai‘i Surf and Kayak donated the use of stand-up paddleboards and kayaks for the operation. The removal team estimated that over 1,000 pounds of netting were taken off of the reef over a four-hour period. 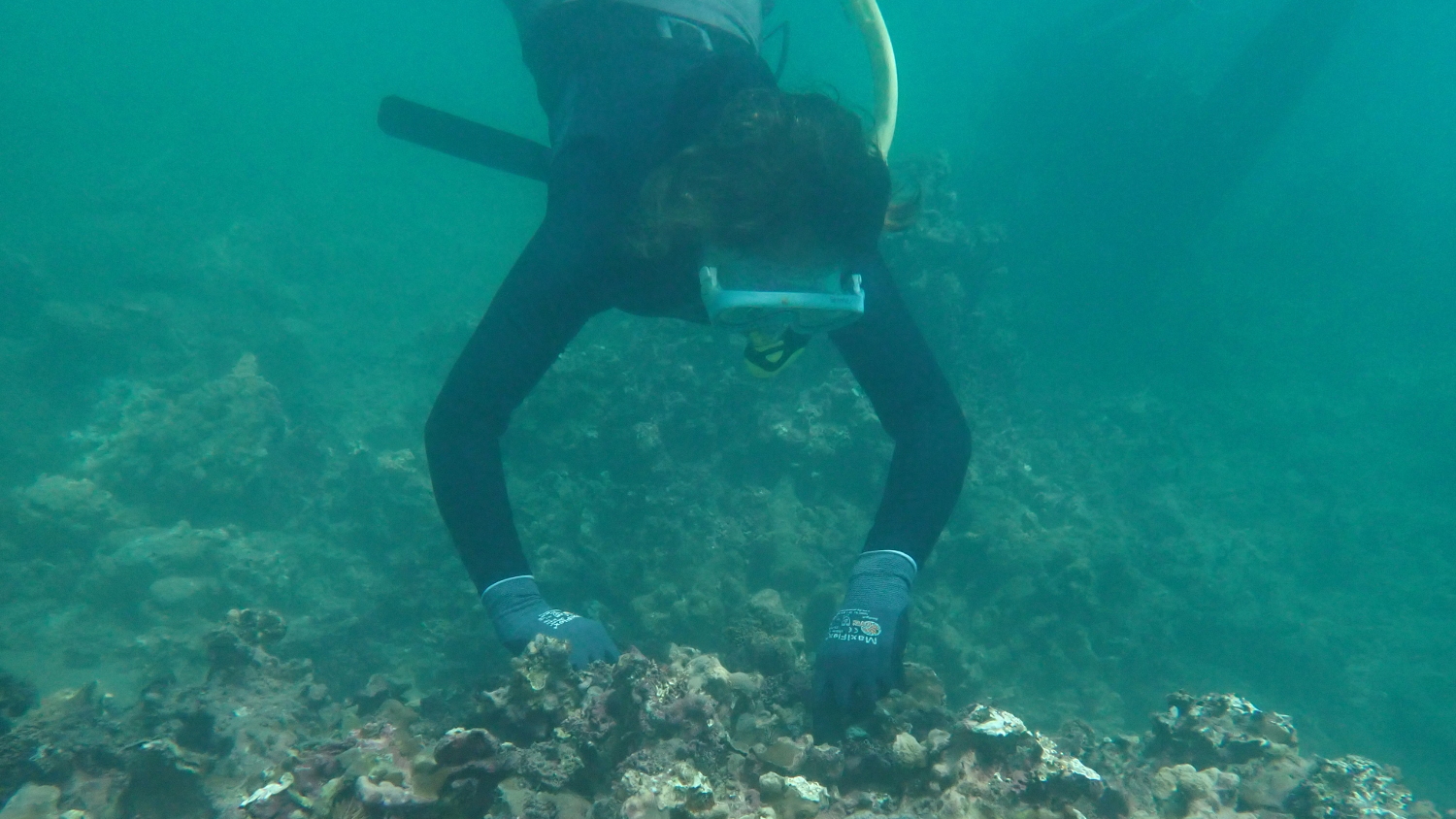 During this operation, divers found several small coral colonies growing in and around the netting. These colonies were carefully removed and placed back onto the reef where they will hopefully continue to grow. Both nets will be taken by the Hawai‘i Wildlife Fund and will be saved for a partner at Hawai‘i Pacific University to aid in marine debris research.

Any derelict net or line bundles recovered from the shore or ocean, can be deposited in designated bins outside the DAR offices in Kona (at Honokōhau) and Hilo (Wailoa Fisheries Research Station) for contribution to the NOAA Nets to Energy partnership. 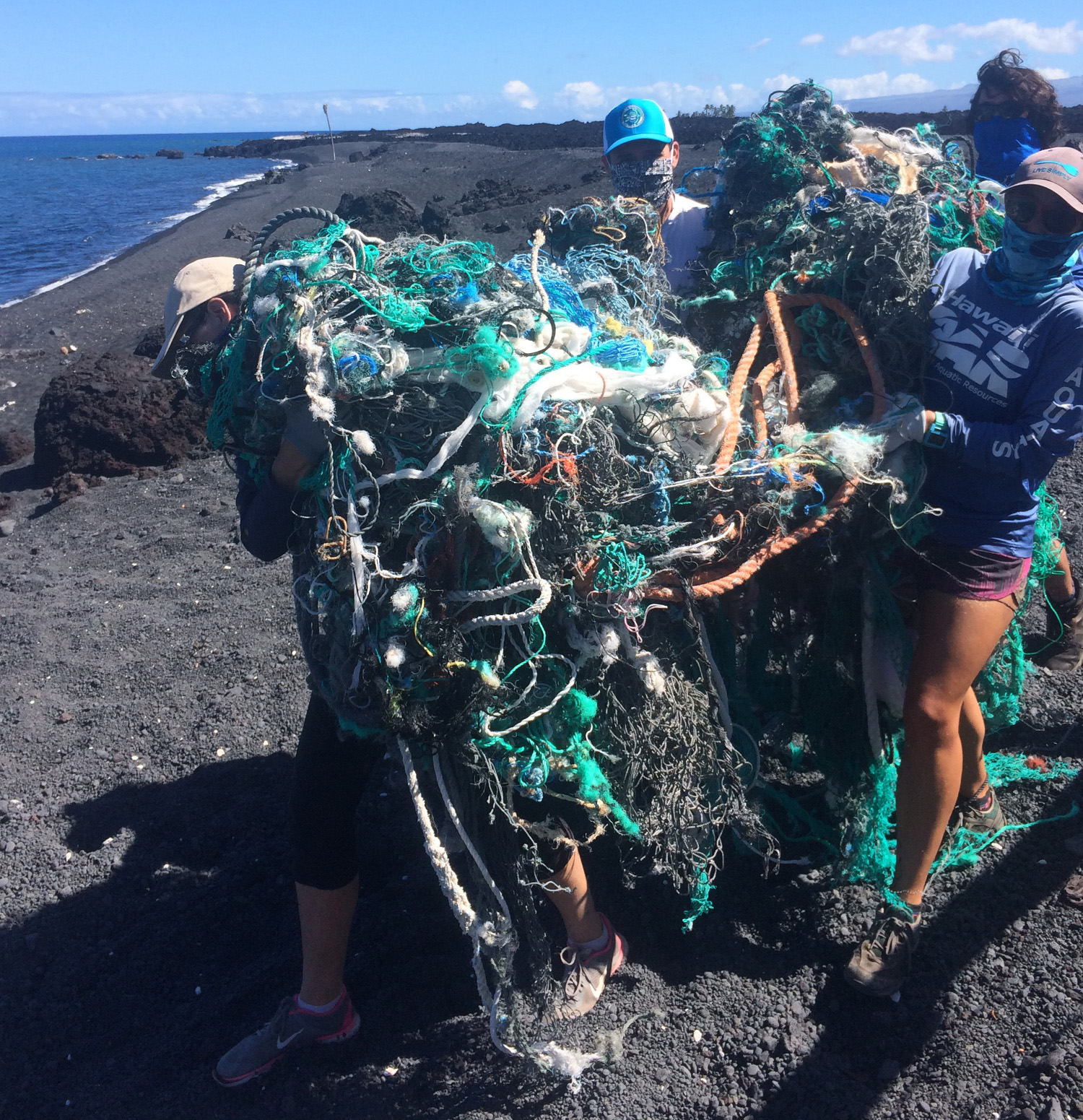