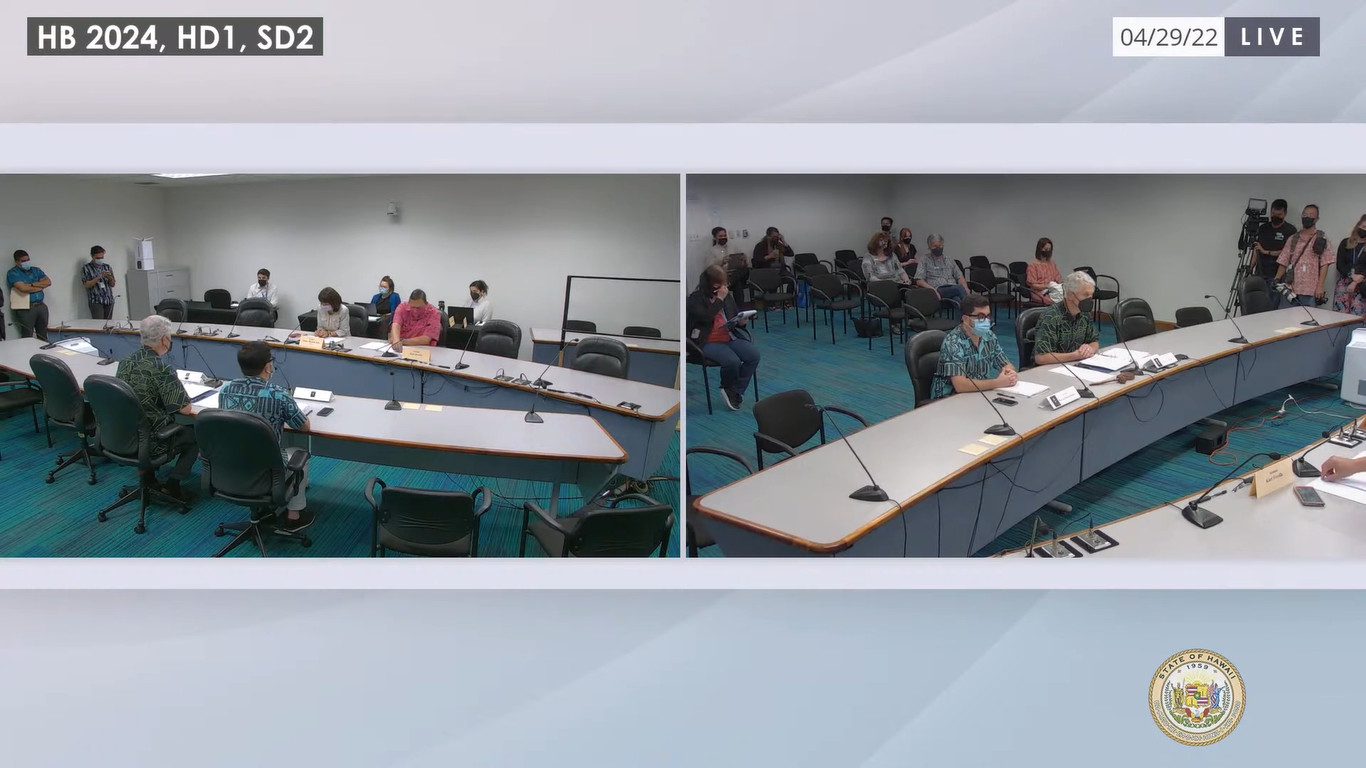 image from video by the Hawaiʻi State Legislature

HONOLULU, Hawaiʻi - Conferees approved the Conference Draft of House Bill 2024, resolving differences between the House and Senate versions of the bill.

(BIVN) – A State Legislative conference committee on Friday voted to recommend the latest version of House Bill 2024 be passed, which will create the Mauna Kea Stewardship and Oversight Authority.

House and Senate conferees agreed to and approved a Conference Draft (CD) of the bill. The Hawaiʻi House majority website summarized the draft:

UPDATE – The newly approved conference draft will now go to the full House and Senate for a final vote, before HB 2024 can go before Governor David Ige for his possible signature.