WOOD VALLEY, Hawaii – The Hawaii Public Utility Commission has once again denied a proposed Aina Koa Pono biodiesel supply contract with the Hawaii Electric Light Company. A proposed surcharge to cover the additional costs to produce the biodiesel was also denied.. In the final decision and order, the commission stated that “HELCO and HECO […] 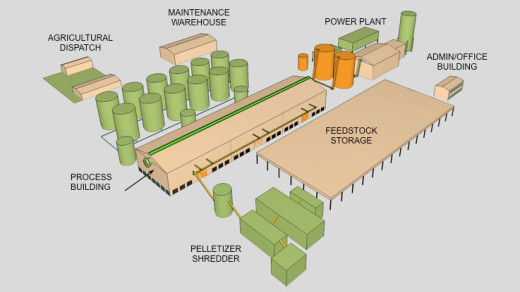 In the final decision and order, the commission stated that “HELCO and HECO have not met their burden of proving that the subject contract is reasonable and in the public interest.”

Aina Koa Pono planned to grow and harvest an agricultural feedstock on 12,000 acres of private Ka’u lands that it would use to produce sixteen million gallons of biodiesel over twenty years under the contract. AKP planned to construct a facility in Wood Valley to refine the biofuel, before trucking it north around the coast to Kona for use in HELCO’s Keahole power plant. The plan generated considerable opposition from the people living in the area. The video below was taken in November 2012 during a PUC hearing held in Hilo.

The PUC stated the contract price for the AKP-produced biofuel is “excessive and not cost-effective.” Exact pricing numbers are proprietary and have been kept under confidential seal during the PUC docket. The analysis in the final decision states the “price of the AKP-produced biofuel will consistently exceed HELCO’s forecasted petroleum diesel prices for most of the twenty-year contract term. Thus, the Companies’ projected cost savings (i.e., when the price of the AKP-produced biofuel is expected to “cross-over” and drop below the price of petroleum diesel under the reference scenario) is not projected to occur until the latter part of the twenty-year contract term.”

It was the excessive cost that drove the proposal for a ratepayer surcharge, says the PUC. “In other words,” states the decision, “because the contract price for the AKP-produced biofuel is excessive, the Companies seek the commission’s approval to spread the excess price difference amongst HELCO and HECO ratepayers based on each ratepayer’s monthly kWh usage in order to alleviate the financial burden upon HELCO ratepayers.”

“The Companies have failed to convince the commission that the contract, if approved by the commission, will lead to lower and stable electricity costs for HELCO ratepayers,” wrote the PUC.

It also cited the “Uneconomic Dispatch and the Annual Minimum Volume Commitment of the AKP-Produced Biofuel”, writing:

The Companies’ request to operate HELCO’s Keahole combined cycle generating units in uneconomic dispatch mode is designed to provide AKP with a stable amount of revenue and a steady revenue stream during the contractual time period when the price of the AKP-produced biofuel is likely to be higher than the price of the diesel fuel that it is replacing. Adding such a constraint over a prolonged period of time appears to benefit AKP by seeking to ensure that the entire, annual minimum volume of AKP-produced biofuel is purchased and consumed, to the ratepayers’ detriment by leaving ratepayers with little choice but to pay for the contracted volume of biofuel when a cheaper fuel source or renewable energy resource may be or may become available, or to essentially leave HELCO’s grid and generate their own electricity.

The PUC also said in a section of their decision entitled “Ratepayers Are Not Required to Ensure the Development of Biofuel Projects That Do Not Provide Them with Quantifiable Benefits” that “ratepayers should not be required to “ensure the economic returns [that are] necessary to attract project financing” for the construction and development of AKP’s bio-refinery on the island of Hawaii to produce and supply biofuel for the generation of electricity.

The companies’ description of the technology was included in the decision:

AKP’s Facility will use a technology obtained from Sustainable Biofuels Solutions, LLC (“SBS”) called Microwave Catalytic Depolymerization (“Micro Dee”) to produce Biodiesel. The Micro Dee process changes the basic composition of the energy contained in the cellulose, hemicellulose and lignins of the feedstock by breaking down long chain hydrocarbons to short chains in the diesel/gasoline range. In short, solid fuels contained in the biomass and wastes are transformed into liquid consistency that may be stored for at least two (2) years. The resulting Biodiesel can be combusted later for use in the generation of electric energy as well as for transportation.

…the contract, if approved by the commission, will result in a fifty-month (i.e., four years and two months) period between the contract’s Effective Date and AKP’s Commercial Operation Date. 127 During this approximate four-year and two-month “placeholder” period, other renewable energy resource options, at potentially lower costs, may not be vetted or otherwise considered by HELCO while a determination is made as to whether AKP, utilizing the Micro Dee technology on a large, cormnercial scale basis, is able to deliver the contracted volume of biofuel to HELCO in accordance with the contract specifications.

The utility commission even took a look at the relationship between the conversion to biofuels and HECO’s Integrated Resource Planning Action Plans, stating:

This is the second time an Aina Koa Pono-HELCO contract and surcharge has been denied by the PUC. “While the Companies were successful in renegotiating a lower fixed starting price with a fixed annual price escalation rate,” the PUC wrote, “the fixed escalation rate remains unchanged from the rate in the 2011 HELCO-AKP Contract.”

The decision does not necesarily mean the end of Aina Koa Pono in Ka’u. The PUC says AKP “is free to pursue a scaled-down version of its proposed bio-refinery for the purpose of supplying biofuel to the transportation and other non-utility generation sectors.” That venture would not need PUC apprvoal, nor would HELCO and HECO ratepayers be required to foot the bill for the biofuel production.