HAWAII - As the number of cases of locally-acquired dengue fever on the Big Island of Hawaii rises to 160, the Hawaii Department of Health is changing its approach to reporting the numbers. 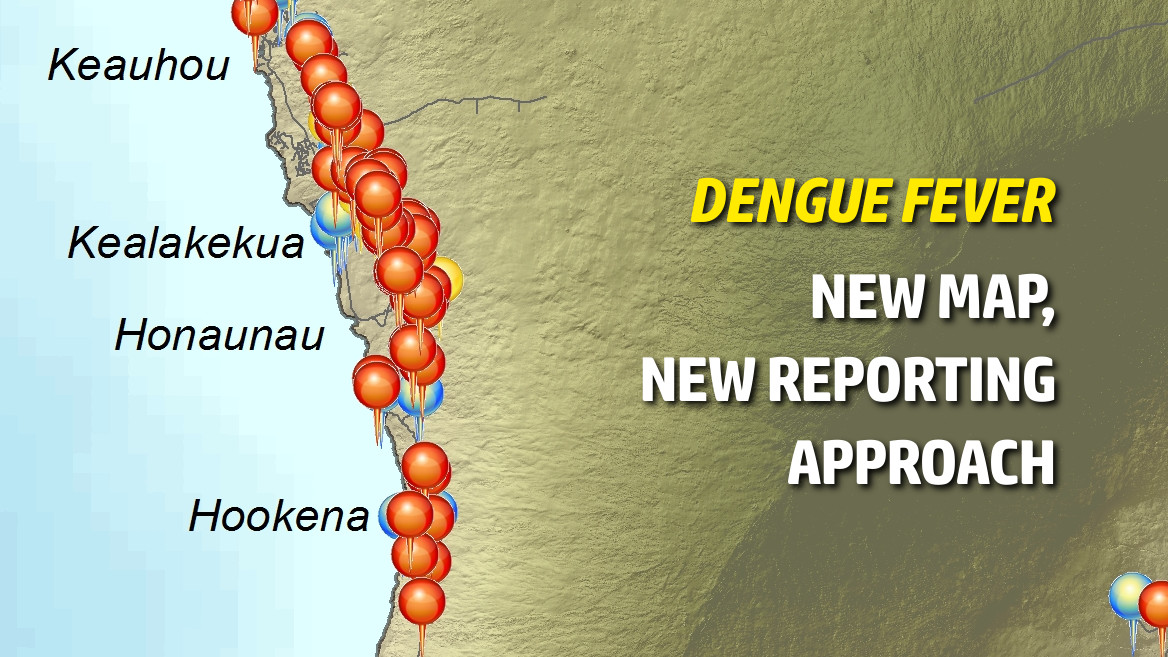 HAWAII ISLAND – As the number of cases of locally-acquired dengue fever on the Big Island of Hawaii rises to 160, the Hawaii Department of Health is changing its approach to reporting the numbers.

Officials are now clarifying which cases are potentially infectious, and which – the vast majority – are no longer contagious. Infectious cases could spread the sickness if they are bitten by mosquitoes, which could in turn spread dengue to another person.

For example, today the state says of the 160 cases reported since September, there are 5 cases that are potentially infectious, while the remaining 155 are no longer contagious.

The new approach to reporting the numbers can be found on the DOH website (screen grab below).

The change seems to be in response to continuous requests to know how many of the total confirmed cases could still spread the disease.

The state says that of the confirmed cases, 143 have been Hawaii residents and 17 have been visitors. 126 cases have been adults; 34 have been children under 18 years of age. The number of reported potential cases that were excluded based on test results and/or not meeting case criteria rose from 615 to to 627, officials report. 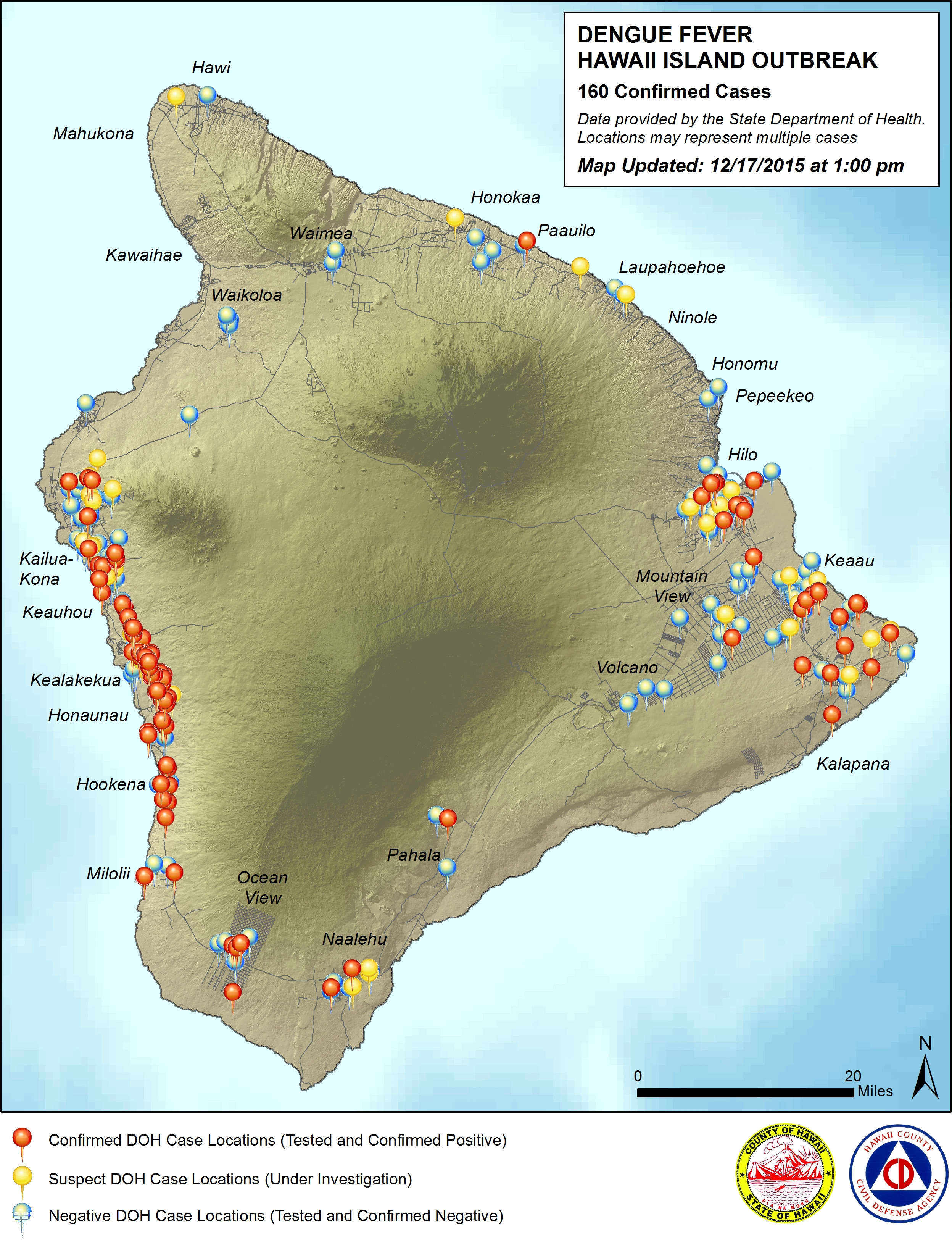 Because dengue fever is only transmitted by mosquitoes, the Department of Health is spraying and treating areas with high mosquito presence and confirmed cases. 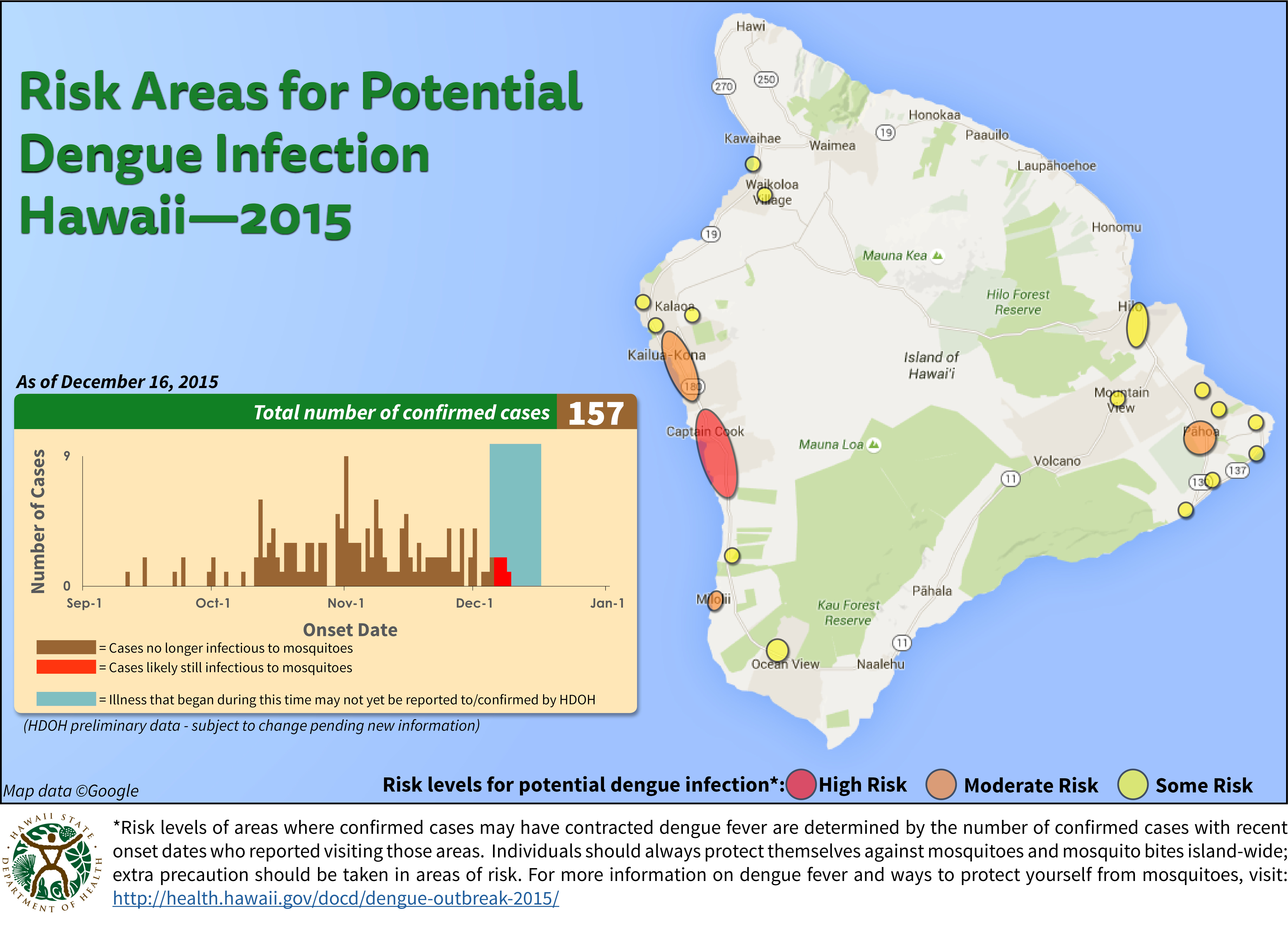