HILO (BIVN) - Gene Tamashiro, who is not a participant in the contested case, declared from the audience "the state of Hawaii is not actually lawful," and began to argue his point.

HILO, Hawaii – An outburst disrupted the Thirty Meter Telescope contested case pre-hearing before it got underway on Friday.

Gene Tamashiro, who is not a participant in the contested case yet was arrested on Mauna Kea last year during the blockade of TMT construction crews, declared from the audience “the state of Hawaii is not actually lawful,” and began to argue his point.

Earlier that day, Tamashiro entered the hearing room in the Hawaii Community College cafeteria on a mission. He passed out copies of a news editorial, published in March 2000 in the The Honolulu Advertiser, written by Steven T. Newcomb, Director of the Indigenous Law Insitute. The editorial talks about a U.S. Justice Department advisory memorandum to the Department of State, issued in 1988, “in which the unconstitutional and illegal nature of the 1898 Newlands Resolution is quite clearly spelled out.”

The Hawaiian Islands were foreign soil in 1898, some 2,100 miles beyond U.S. territory. Therefore, based on the international law principle of extraterritoriality, a U.S. joint resolution to annex Hawaii could not legally extend there. The 1988 memo fails to identify any provision in the U.S. Constitution, or any principle in international law, which could have provided a proper legal basis for the U.S. to acquire the Hawaiian Islands as a territory by joint resolution. In fact, the memo says that during the annexation debates Congressman Ball characterized the effort to annex Hawaii by joint resolution as “a deliberate attempt to do unlawfully that which can not be lawfully done.”

In protest to the state’s jurisdiction, Tamashiro tried to initiate a verbal exchange, but was escorted out of the room by DLNR officer Lino Kamakau at the request of the hearing officer, retired Judge Riki May Amano. Kamakau is the Hawaii Branch Chief for the DLNR Division of Conservation and Resources Enforcement.

Kamahana Kealoha, who is a contested case participant, got into a verbal back and forth with Amano, as well, saying he was participating in the contested case hearing under duress. Amano told him he is free to leave at any time, and that he too will be removed if he disrupts the proceeding. 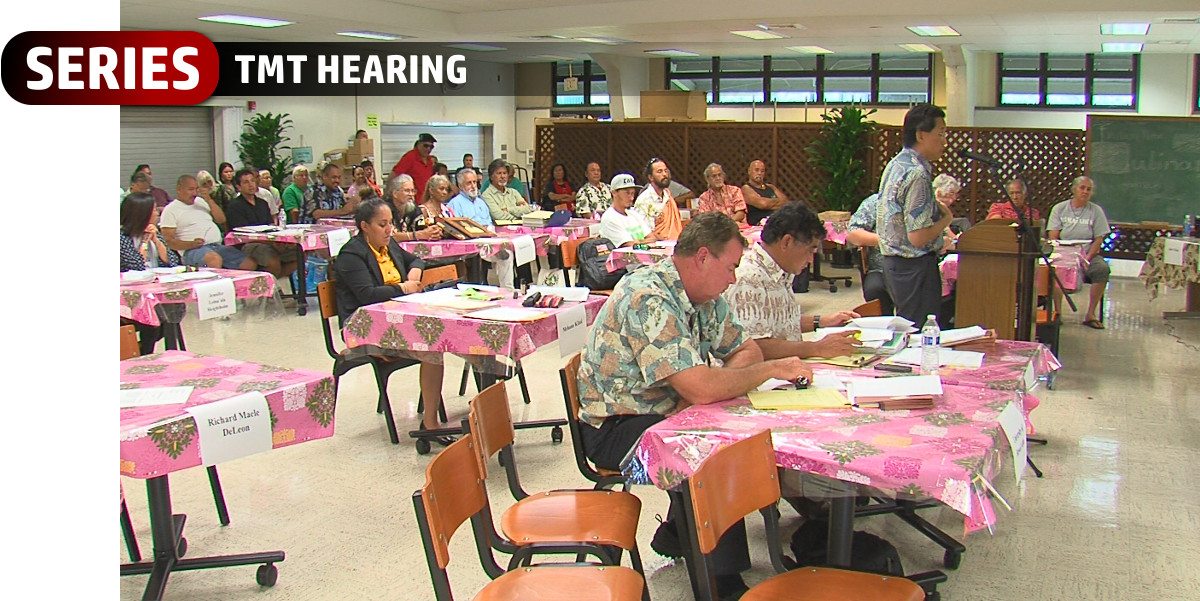