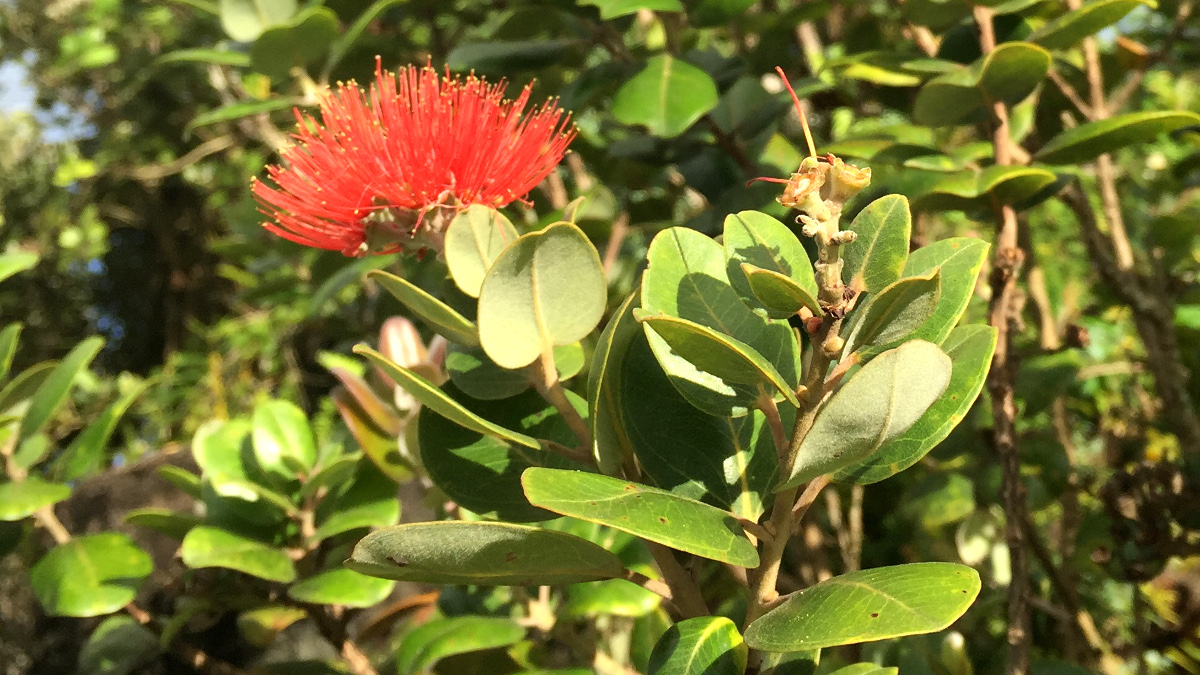 HAWAII ISLAND – Shipping ʻōhiʻa plants and plant parts from Hawaii Island is now illegal on a permanent basis, thanks to new administrative rules drawn up to prevent Rapid ‘Ōhi’a Death from spreading across the state.

The new rules prohibit the movement of ʻōhiʻa and soil from the Big Island.

“Any person who violates the rule may be charged with a misdemeanor and fined not less than $100,” the Hawaii Department of Agriculture stated in a media release issued on December 7. “The maximum fine is $10,000. For a second offense committed within five years of a prior conviction under this rule, the person or organization shall be fined not less than $500 and not more than $25,000.”

The Hawaii Board of Agriculture approved the permanent rules on Oct. 18 and the rules were sent to the Lt. Governor’s office on Nov. 17 and went into effect on Nov. 27. These permanent rules replace the emergency interim rules established in August 2015.

Rapid ‘Ōhi’a Death, caused by the fungus Ceratocystis fimbriata, has been destroying the native ohia forests on Hawaii Island at an alarming rate. The fungus was first identified in 2014, and has since spread to infest an estimated 50,000 acres of forest across Hawaii Island. It is not known how the disease entered the state or where it came from, officials say.

Movement of ʻōhiʻa material and soil from Hawaii Island now requires inspection and a permit issued by the Plant Quarantine Branch of the Dept. of Agriculture. Testing and quarantine of some items may be required, officials say. Shippers may contact the Plant Quarantine offices in Hilo at 808-961-9393 or Kona at 808-326-1077 for more information.