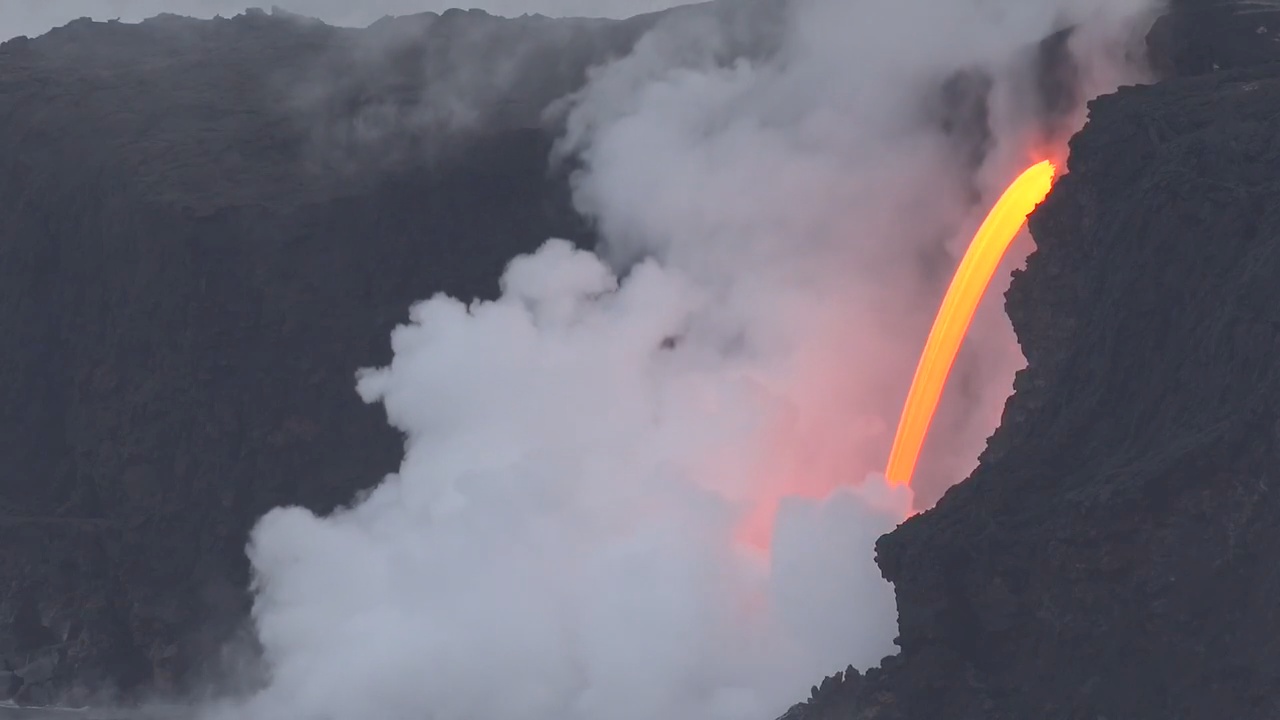 PUNA (BIVN) - The U.S. Coast Guard is cracking down on unlicensed tour boat operators who visit the lava ocean entry by sea.

NOTE: The image above was taken by John Tarson of Epic Lava Tours. Tarson said the lava “fire hose”, as it appears, was pouring steadily into the ocean on Tuesday.

POHOIKI, Hawaii – As the lava “fire hose” at the Kamokuna ocean entry continues to thrill visitors at Hawaii Volcanoes National Park, authorities are noticing an increase in unlicensed tour operators who visit the spectacle by boat.

The U.S. Coast Guard in Honolulu says they boarded a 25 ft. catamaran on Tuesday at Pohoiki, where the tour boats launch into the water. The enforcement action was as a response to the “uptick” of unlicensed operators jumping on to the growing lava tour boat industry. The USCG says other citations have recently been issued, as well.

Due to the ongoing investigation, the USCG public affairs office couldn’t provide the name of the vessel that was cited on Tuesday, but said the operator did not have a commercial license. The tourists on board were out of luck.

The coast guard encourages tourists to check with the tour boat operators to make sure they have a commercial operators license, merchant mariner credentials, and a valid certificate of inspection.

In the last 24 hours, the Coast Guard reported it “has identified two tour boats operating illegally out of Pohoiki Boat Ramp and is ramping up enforcement in response to a perceived increase in illegal charters operating in the area to view lava streaming into the ocean from Hawaii’s Kilauea volcano.”

“Safety is always our top priority,” said Capt. David McClellan, chief of prevention, Coast Guard 14th District. “For boat operators, it is important to maintain situational awareness and not unnecessarily put yourself, your passengers or your boat in danger. For visitors, it’s important they check that their hired boat operators are licensed ensuring they possess the experience and training required to get them to the viewing area and back safely.”

The release had more specific information about the paperwork required of lava boat tour operators.

“Commercial tour boat and charter operators must possess the appropriate merchant mariner credential to operate,” the USGC said. “Masters of commercial charters operating in state waters are also required by the State of Hawaii to have a permit from the Department of Land and Natural Resources and to keep that permit on the vessel.”

The USCG said that for vessels carrying six or fewer passengers for hire, the operator must possess a Coast Guard-issued operator of uninspected passenger vessel license and operate on near coastal waters not more than 100 miles offshore, as defined in 46 U.S.C. 2101 (42)(B).

For vessels carrying seven or more passengers for hire on vessels less than 100 gross tons (not including auxiliary sail), the USCG says an operator must possess a Coast Guard-issued master of self-propelled vessel license to operate on near coastal waters. The vessel must also have a Coast Guard-issued certificate of inspection posted in a visible location.