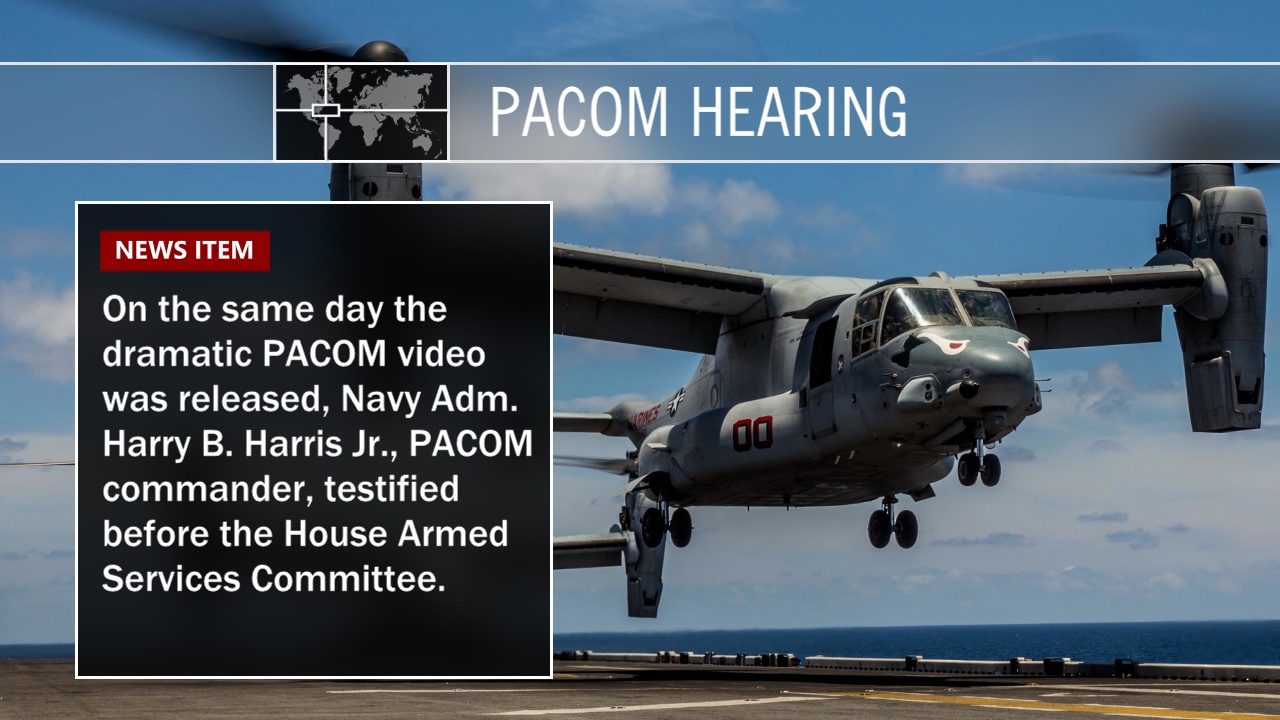 WASHINGTON D.C. – The Commander of the U.S. Pacific Command testified on the nuclear threat of North Korea to Hawaiʻi at a House Armed Services Committee hearing on Wednesday in Washington.

Navy Adm. Harry B. Harris Jr., detailed for the federal lawmakers the potential vulnerabilities that exist within current U.S. missile defense capabilities, including those that could put Hawaiʻi at risk.

“Kim Jong-un is clearly in a position to threaten Hawai’i today,” Harris said. “Our ballistic missile architecture is sufficient to protect Hawaiʻi today, but it can be overwhelmed. If Kim Jong-un or someone else launched ballistic missiles—ICBMs—against the United States, we would have to make the decision on which ones to take out or not.”

Following the hearing, Rep. Gabbard said in a media release, “Hawaiʻi is home to the largest concentration of U.S. military strategic assets for well over 3,000 miles, making it a prime target for North Korea’s aggression. As I travelled across Hawai’i during my recent state-wide town hall tour, I heard from my constituents on every island their concern about the threat posed by North Korea’s increased nuclear and ballistic missile activity and capabilities that place Hawaiʻi squarely within North Korea’s crosshairs. It is the people of Hawaiʻi and our way of life that are at risk if North Korea’s missiles turn towards our shores. Admiral Harris’ testimony today affirmed the seriousness of this threat, and highlighted the need to strengthen our current missile defense infrastructure to ensure the defense of Hawai’i. I’m continuing this urgent push to strengthen the protection of Hawaiʻi against the threat that exists today, and the complex threat we know will emerge in the future. I urge my colleagues to take this threat seriously and provide the resources and tools necessary to defend Hawaiʻi against this threat.”

U.S. Pacific Command, headquartered in Hawaii, is one of nine U.S. combatant commands. PACOM says its area of responsibility encompasses about half the earth’s surface and more than 50 percent of the world’s population. About 375,000 U.S. military and civilian personnel are assigned to the Pacom AOR.