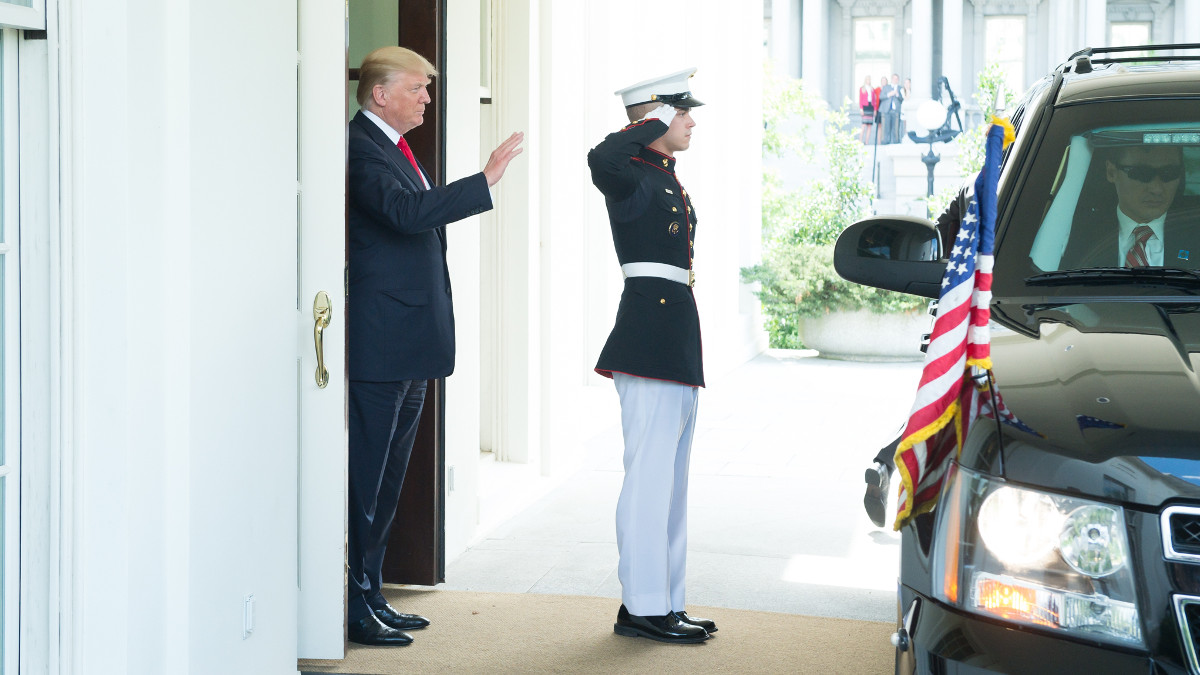 HAWAII - The President says he will "cease all implementation of the non-binding Paris Accord and the draconian financial and economic burdens the agreement imposes on our country."

(BIVN) – President Trump’s decision to withdraw the United States from the Paris Climate Accord was universally criticized by Hawaii Democrats in the hours following the announcement made from the White House’s Rose Garden.

“In order to fulfill my solemn duty to protect America and its citizens,” Trump said in the live video message, delivered to an assembled crowd eager to applaud, “the United States will withdraw from the Paris Climate Accord… but begin negotiations to reenter either the Paris Accord or a really entirely new transaction on terms that are fair to the United States, its businesses, its workers, its people, its taxpayers.”

“So we’re getting out,” Trump said. “But we will start to negotiate, and we will see if we can make a deal that’s fair. And if we can, that’s great. And if we can’t, that’s fine.”

Trump articulated his reasons for the move, saying the Paris Accord undermines U.S. competitiveness and jobs, citing a study by NERA Consulting that found the requirements of the deal would cost the U.S. economy nearly $3 trillion over the next several decades.

Trump also says the Accord created a taxpayer funded “U.N. climate slush fund” – $3 billion to the Green Climate Fund – which was committed by President Obama without authorization from Congress.

Another Trump point: the Accord was badly negotiated, imposing “unrealistic targets on the U.S. for reducing our carbon emissions, while giving countries like China a free pass for years to come.”

Trump also claims MIT research shows the impact of the Accord on the climate “would be negligible”.

“As President, I can put no other consideration before the wellbeing of American citizens,” Trump said Thursday. “Thus, as of today, the United States will cease all implementation of the non-binding Paris Accord and the draconian financial and economic burdens the agreement imposes on our country. This includes ending the implementation of the nationally determined contribution and, very importantly, the Green Climate Fund which is costing the United States a vast fortune.”

“We are appalled and disappointed, but we are not deterred,” wrote Sen. Brian Schatz (D), who declared “climate is on the ballot in 2020.”

“Entering a formal withdrawal would take nearly four years to complete which means climate change is on the ballot for every election until we reverse this immoral action,” Schatz said. “The future is with clean energy. The future is with innovation. The future is with climate action. We are not going to allow this short-sighted decision to damage our prospects as a country and as a planet. With private sector momentum behind clean energy, states, cities, and regions are taking action. With international cooperation, we will win this fight, without President Trump’s participation.”

“President Trump’s decision to withdraw the United States from the Paris Climate Agreement is irresponsible, hasty, and short-sighted,” stated Sen. Mazie Hirono (D). “In Hawaii we understand why it’s important to take care of our land, ocean, and air – our way of life depends on it. Today, it’s more important than ever for states like Hawaii to boldly take the lead on clean energy innovation and good stewardship of our aina.”

Congresswoman Tulsi Gabbard denounced Trump’s move, noting that the U.S. is now “just one of three countries in the world not to participate” in the Paris Accord.

“Without global action to drastically curb carbon pollution, climate change threatens the safety and security of the planet, especially in places like Hawaiʻi where we are already experiencing its’ devastating effects,” Rep. Gabbard said. “The 2015 hurricane season set a record of 15 tropical storms in Hawaiʻi, acidification of our oceans has killed marine ecosystems and fisheries, bleached coral reefs, while causing damage to local economies. As recently as April of this year, the Honolulu Harbor tide gauge peaked at more than nine inches above predicted tides – the highest daily mean water level ever recorded over 112-years.”

“The United States should be leading by example, leveraging innovation through science and technology, investing in clean energy, creating renewable energy jobs that cannot be outsourced, growing the economy, enhancing U.S. energy independence, and lowering energy costs for families and businesses, while reducing carbon emissions” Rep. Gabbard continued. “We must continue to persevere and do our part to support efforts in the private sector and at all levels of government to combat climate change and protect our environment.”

State Representative Chris Lee (D), who is the chair of the House Energy & Environmental Protection Committee, said the President’s withdrawal from the Paris Accord “harms our island state most of all.”

“We are currently working together with elected leaders in nearly a dozen other states such as California, Oregon, Washington, New York, and Minnesota to implement climate action plans that replace fossil fuels with renewable energy despite the President’s shortsighted decision,” Lee added.

Senate Majority Leader Kalani English said the State “is prepared to address climate change as it pertains to Hawaiʻi and the Pacific.”

Sen. English introduced a bill (SB559) to fund the creation of the Hawai‘i Climate Change Mitigation and Adaptation Commission, providing the State “with a guide to planning and statewide implementation using the latest scientific analysis and risk assessment to monitor and forecast climate change impacts at the regional, state and local level.”

“The effects of climate change are real, as seen primarily with sea level rise in the Pacific,” said Sen. English. “The measure adopted relevant sections of the Paris Agreement as state law, which gives us legal basis to continue adaptation and mitigation strategies for Hawai‘i, despite the Federal government’s withdrawal from the treaty.”

“With our way of life here and across the Pacific being left vulnerable to sea level rise and climate change, we simply cannot leave our future in the hands of those who may be misinformed and misguided,” Sen. English said.