HONAUNAU, Hawaii - 43 year old Andres Magana Ortiz will be sent back to Mexico on Thursday, unless an 11th-hour congressional plea succeeds in stopping it. 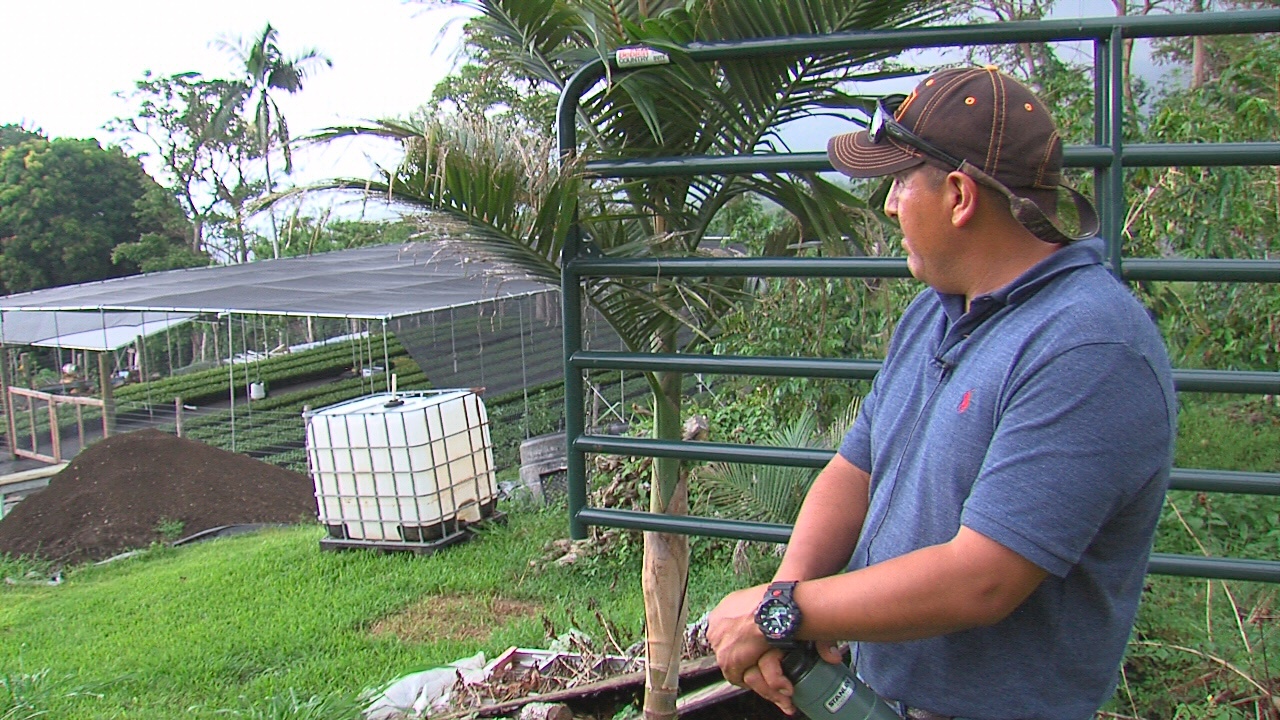 Andres Magana Ortiz on his coffee farm in Honaunau, Hawaii.

Speaking to us from the coffee fields on his Honaunau farm, Andres Magana Ortiz remains hopeful that he will not have to board a plane to Mexico in the coming days, even though his emergency motion for injunctive relief pending appeal to the Circuit Court of Appeals for the 9th Circuit was denied last week.

The court order, in which Circuit Judge Stephen Reinhardt called the Trump administration’s order to deport Ortiz “inhumane” and “contrary to the values of the country and its legal system,” made national headlines. Still, the court lacked the authority to stop the deportation. Magana Ortiz will now “be subject to a ten-year bar against his return, likely forcing him to spend a decade deprived of his wife, children, and community,” Reinhardt wrote.

Magana Ortiz says he was brought into California in his early teens, and has lived in the United States for the almost three decades since. His wife and three children are United States citizens. He is a well known coffee farmer in South Kona.

The threat to remove Magana Ortiz from the country began in 2011, when the Department of Homeland Security filed a notice for him to appear at the Immigration Court in Honolulu. However, the courts allowed him to remain in the country, as Magana Ortiz worked to obtain legal status on the basis of his wife’s and children’s citizenship. But on March 21, 2017 the federal government “reversed its position” – according to Judge Stephen Reinhardt, “without any explanation” – and ordered him to report for removal the next month.

Magana Ortiz has found support from fellow coffee farmers in these traumatic times. He has also found support from Hawaii’s Congressional Delegation, who urged U.S. Department of Homeland Security Secretary John Kelly to stop the deportation.

“Mr. Magana Ortiz is an upstanding member of our community and does not belong in the category of dangerous individuals who should be prioritized for deportation. In fact, during his immigration proceedings, the government itself conceded that Mr. Magana Ortiz possesses good moral character,” wrote Senators Mazie K. Hirono and Brian Schatz, and Representatives Tulsi Gabbard and Colleen Hanabusa. “Mr. Magana Ortiz poses no such threat to national security or public safety and therefore should not be a priority for removal. Rather, it is in our national interest for Mr. Magana Ortiz to remain in the United States where he can continue to work, pay taxes, and raise his family.”

On Tuesday in Honuanau, Ortiz expressed thanks for the work of the Congressional delegates. Their efforts have given him hope.

When asked if he had a message for Homeland Security Secretary Kelly or President Trump, Magana Ortiz said he would probably “ask him for the opportunity for me and for many people who try to do the right thing.”

“We don’t come in and take advantage of anything,” Magana Ortiz said. “We try to come in and make a better life, working hard and helping.”